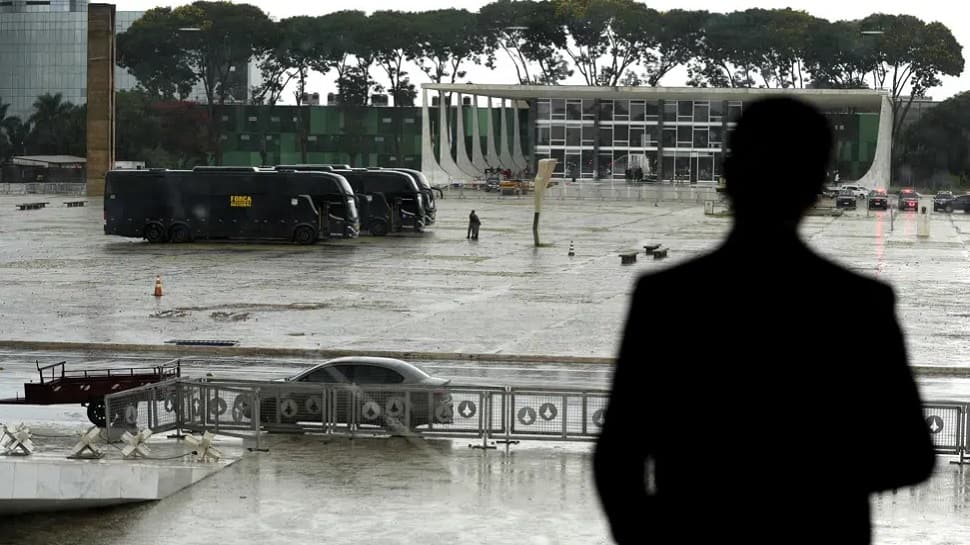 President Luiz Inacio Lula da Silva fired Brazil’s army chief just days after the leftist leader openly said that some military members allowed the January 8 uprising in the capital by far-right protesters. The official website of the Brazilian armed forces said Saturday that Gen. Julio Cesar de Arruda had been removed as head of the army. He was replaced by Gen. Tomas Miguel Ribeiro Paiva, who was head of the Southeast Military Command. Lula, who did not comment publicly on the firing, met with Defence Minister Jose Mucio, chief of staff Rui Costa, and the new army commander in Brasilia at the end of the day.

Speaking to journalists afterward, Mucio said the January 8 riots had caused “a fracture in the level of trust” in the army’s top levels and the government decided a change was needed.

In recent weeks, Lula targeted the military with criticism after supporters of former President Jair Bolsonaro stormed through government buildings and destroyed public property in an attempt to keep Bolsonaro in office.

The uprising underlined the polarisation in Brazil between the left and the right. Lula said several times in public that, there were definitely people in the army who allowed the rioting to occur, though he never cited Arruda. During an interaction with the press, Lula said earlier this week that “a lot of people from the military police and the armed forces were complicit” and had allowed protesters to enter the buildings with open doors.

In another interview, the president said that “all the military involved in the coup attempt will be punished, no matter the rank.” The comments were followed by Lula scheduling several meetings with the defence minister and the commanders of the armed forces. Mucio denied they had mentioned the January 8 rioting, but he said relations between the military and the government needed adjustment.

On the eve of Arruda’s firing, a video of a Paiva speech earlier in the week was released in which he said the election results should be respected in order to guarantee democracy. Rioters who stormed through the Brazilian Congress, the presidential palace, and the Supreme Court in Brasilia sought to have the military intervene and overturn Bolsonaro’s loss to Lula in the presidential election.

In a video posted on social media from inside the presidential palace on the day of the attack, a colonel is seen trying to stop police from arresting Bolsonaro’s supporters who had invaded the building. He asks for patience from the military police, which reports to the federal district’s government. More than a thousand people were arrested on the day of the riot and the morning after the disturbance, which bore strong similarities to January 6, 2021, riot at the US Congress by mobs who wanted to overturn former President Donald Trump’s election loss.

A Brazilian Supreme Court justice earlier this month authorised adding Bolsonaro in its investigation into who incited the rioting in Brasilia as part of a broader crackdown to hold responsible parties to account.

According to the text of his ruling, Justice Alexandre de Moraes granted the request from the prosecutor-general’s office, which cited a video that Bolsonaro posted on Facebook two days after the riot. The video claimed Lula wasn’t voted into office, but rather was chosen by the Supreme Court and Brazil’s electoral authority.