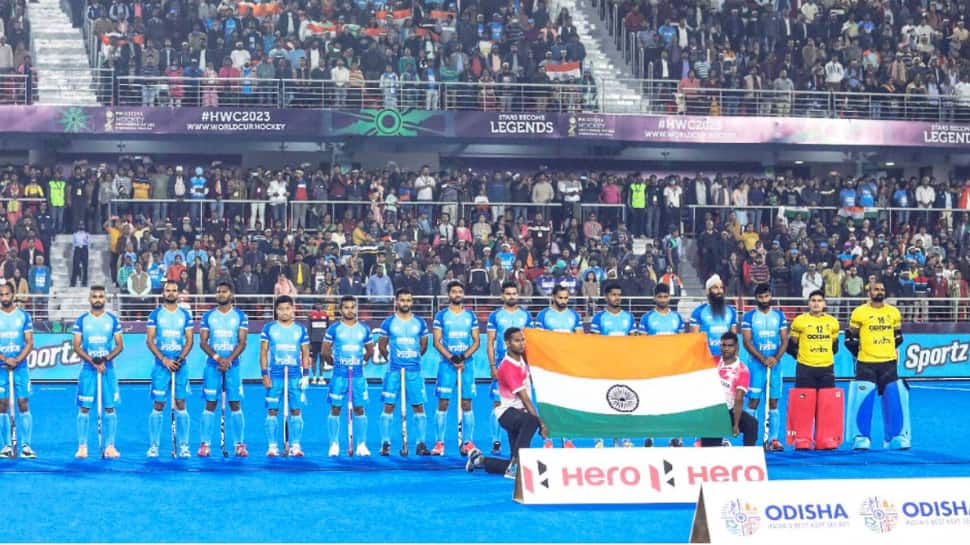 Indian men’s hockey team will play New Zealand in the crossover match of the FIH Men’s Hockey World Cup 2023 on Sunday, January 22. The Indian team started off the tournament with a win over Spain with a 2-0 victory. They then drew with England 0-0 in what was a high-octane match. India needed to beat Wales by a different of 8 goals to top their pool and qualify for the quarter-finals. But they could not do it and won the match 4-2 to finish on second in the Pool. As a result, India will play a crossover match, winner of which will move into the quarters and fill one of the four remaining slots.

Also Read | IND vs NZ Hockey World Cup: What is a Crossover match that India need to win to qualify for quarter-finals? EXPLAINED here

India play New Zealand today in last match of the day. The team is already on back foot with Hardik Singh ruled out of the tournament due to an hamstring injury. Mandeep Singh is also a doubtful starter as he too seemed to have done his knee. One will get to know only later about his fitness update. But Hardik’s absence will be played hugely as he was in great form in this tournament and could have scored important goals for India.

However, India need to move on from the upset and the senior pros like Harmanpreet Singh, Manpreet Singh need to step up and ensure Men In Blue beat the Blacksticks to move into quarters.

What date Hockey World Cup match between India and New Zealand will be played?

Where will the Hockey World Cup crossover match India vs New Zealand be played?

The match between India and New Zealand will be played at the Kalinga Stadium, in Bhubaneswar.

The crossover match between India and New Zealand will begin at 7:00 pm IST.

Which TV channels will broadcast India vs New Zealand match?

India vs New Zealand match will be televised on Star Sports Network in India.

How do I watch the live streaming of the India vs New Zealand crossover match?

India vs New Zealand match will be streamed live on Disney+Hotstar app and website.