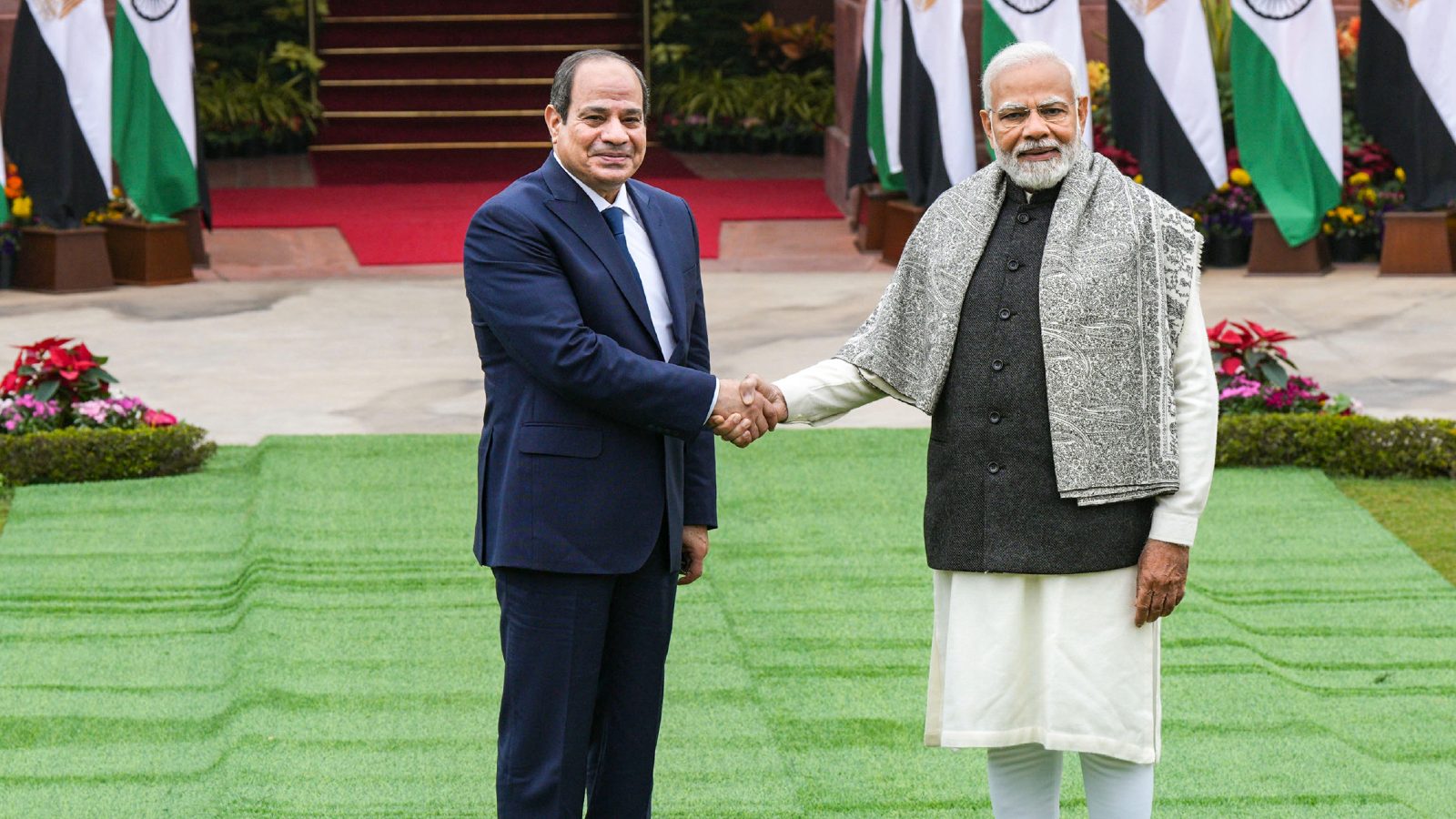 Sisi laid the wreath at Mahatma Gandhi’s memorial in Rajghat and was accorded a grand welcome, before his bilateral meeting with PM Modi

Speaking to ANI, Sisi said it is a great privilege to be the chief guest for India’s Republic Day celebrations. This is Sisi’s first visit to India. “I reiterate my congratulations to the Indian nation, government and people for this great day. It is a great privilege to be a guest of honour and participate in the glorious national day,” Sisi was quoted as saying by news agency ANI, as he met reporters outside the Rashtrapati Bhavan.

Sisi told mediapersons that he expects the visit to take bilateral relations to a whole new level. He was welcomed by President Droupadi Murmu and Prime Minister Narendra Modi at the Rashtrapati Bhavan on Wednesday. He also paid his respects to the Father of the Nation Mahatma Gandhi as he laid the wreath on his memorial at Rajghat.

Sisi was accorded a warm welcome on his arrival to New Delhi. Five other ministers have accompanied him. He is on a three-day visit to India and will depart for Cairo on January 27.

Egypt has also been accorded the Guest Country status under India’s G20 Presidency. During his meeting with PM Modi, both leaders discussed bilateral, regional and global issues of mutual interest. A state banquet will be held in honour of the visiting dignitary on Wednesday evening.