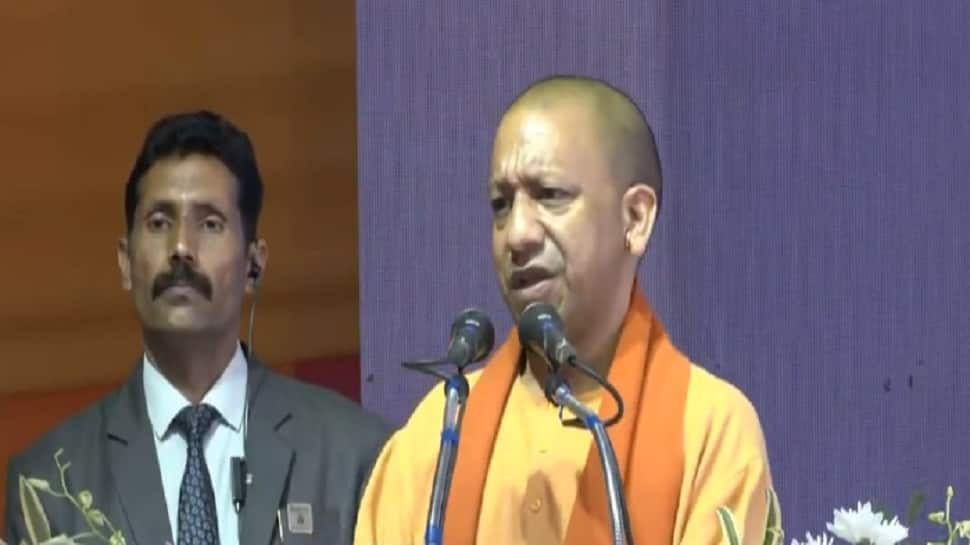 Lucknow: Chief Minister Yogi Adityanath on Tuesday (January 24) said casteism, regionalism, and linguism have caused irreparable damage to Uttar Pradesh and now it has to move forward with determination to become the best state in the country. The chief minister made the remarks after inaugurating along with Governor Anandiben Patel the three-day ‘Uttar Pradesh Day’ celebrations. “Today UP is moving forward with pride and dignity. The lines of division on the basis of caste, region, religion, and language have caused irreparable damage to Uttar Pradesh. Ending these anomalies, we have to move forward with determination to make UP stand in the category of the best state,” Adityanath said.

“This is the birthplace of ‘Maryada Purushottam’ Lord Shri Ram and ‘Leeladhari’ Shri Krishna. It is the holy land of Tathagat Gautam Buddha…Also the land of Ganga-Yamuna. This is the 74th foundation day of Uttar Pradesh and it is being held as ‘UP Day’ with a new resolution,” the CM said.

Adityanath said UP should act as a growth engine for Prime Minister Narendra Modi’s aim to make India’s economy the world’s largest. The three-day statewide event from January 24-26 is being celebrated this year with a focus on investment and employment. The UP foundation day (January 24) has been celebrated for three days since 2018 with the participation of all government departments.

However, this year, it has been decided to ensure public participation in the celebrations, an official statement quoting UP Chief Secretary Durga Shankar Mishra had earlier said. Referring to the contribution of UP in the freedom struggle, the chief minister recalled the names of freedom fighters like Mangal Pandey, Rani of Jhansi, Bandhu Singh, Dhan Singh Kotwal and said that Gorakhpur’s Chauri Chaura incident, and Lucknow’s Kakori Kand (conspiracy) are witnesses to the freedom struggle.

Naimisharanya of Sitapur is the base of India’s Vedic knowledge and it is also in UP, he said. Giving credit to former Governor Ram Naik for organizing UP Day, Adityanath said, “I cannot forget that when the double engine government was formed in 2017, then Governor Ram Naik reminded all of us that all the states have their own foundation day and organise it as their day, but UP does not.”

“He (Naik) expressed the desire to organise it and in 2018 it was started. The ‘One District-One Product’ (ODOP) scheme was taken forward on this day,” he said, adding that this (ODOP) scheme has doubled the exports of UP.

On the occasion, several schemes including Chief Minister Handicraft Pension Scheme, Handicraft Marketing Promotion Scheme, and exemption in stamp duty were launched. People were also awarded ‘Rani Laxmi Bai Puraskar’ and ‘Laxman Puraskar’ for their remarkable contributions in various fields. Addressing the ceremony, Deputy Chief Minister Brajesh Pathak said that no one thought of celebrating UP Day before the formation of the BJP government.

Pathak said the law and order were miserable in the state before 2017, while the tourism industry was also destroyed, but Chief Minister Yogi Adityanath gave importance to culture and heritage along with eliminating the mafia raj.

Earlier, Tourism and Culture Minister Jaiveer Singh welcomed the guests including the governor and the chief minister. On this occasion, several artists presented the folk arts of different regions of the state.