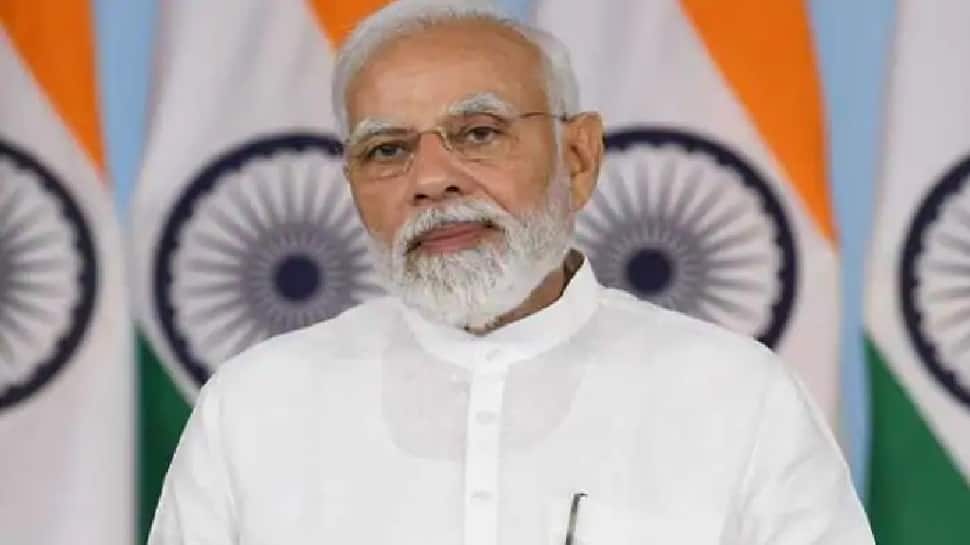 New Delhi: Calling Egyptian President Abdel Fattah El-Sisi’s India trip a “historic visit,” Prime Minister Narendra Modi said that Sisi being the chief guest of the Republic Day parade is a matter of “immense happiness.” Taking to Twitter, PM Modi said, “Warm welcome to India, President Abdel Fattah el-Sisi. Your historic visit to India as Chief Guest for our Republic Day celebrations is a matter of immense happiness for all Indians. Look forward to our discussions tomorrow.” Sisi arrived in New Delhi and was accorded a warm welcome. He will be the chief guest at the 74th Republic Day parade. He is accompanied by a high-level delegation, including five ministers and senior officials on his official visit from January 24-27.

Warm welcome to India, President Abdel Fattah el-Sisi. Your historic visit to India as Chief Guest for our Republic Day celebrations is a matter of immense happiness for all Indians. Look forward to our discussions tomorrow. @AlsisiOfficial
— Narendra Modi (@narendramodi) January 24, 2023

It is pertinent to mention that this is the first time the President of Egypt has been invited as the chief guest on Republic Day. Notably, India and Egypt are celebrating 75 years of establishment of diplomatic relations this year. India has also invited Egypt as a ‘guest country’ during its G20 Presidency.

“It also reflects India`s profound appreciation for Egypt`s leadership, government, and people, and its keenness to strengthen joint cooperation between the two friendly countries as two of the most important emerging countries which have vital roles regarding various regional and international issues,” the statement added. According to the statement, the spokesman said that the President’s visit to India coincides with the 75th anniversary of the establishment of diplomatic relations between Egypt and India.

Sisi is scheduled to meet President Droupadi Murmu, Prime Minister Narendra Modi, and External Affairs Minister S Jaishankar among others, with whom he will hold a meeting at the Rashtrapati Bhawan, as per a media advisory released by the MEA.

On the same day, the Egyptian president will lay a wreath at the Rajghat, the memorial of the Father of the Nation, Mahatma Gandhi. He will hold a meeting with PM Modi and discuss bilateral, regional, and global issues of mutual interest during his stay. The same evening, President Droupadi Murmu will host a state banquet in honour of the visiting dignitary.

Sisi will attend the “at home” reception by President Murmu at Rashtrapati Bhawan. He will also hold a meeting with Vice President Jagdeep Dhankhar. He will interact with the business community in India. Sisi will return to Cairo on January 27.