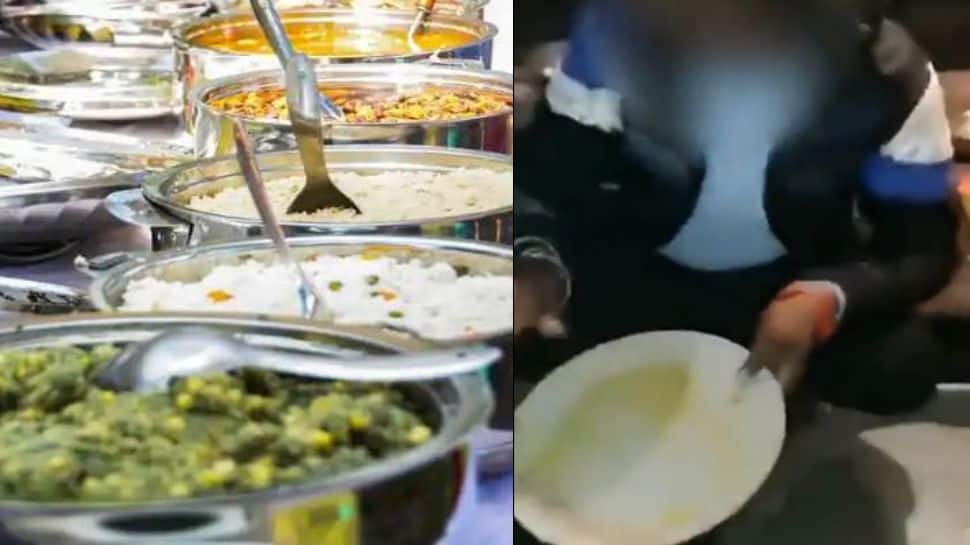 Whenever we hear about ‘gatecrashing a wedding,’ the humorous scene from 3 idiots pops up in our mind, where the iconic trio of Aamir Khan, R Madhavan, and Sharman Joshi gatecrashed Kareena Kapoor’s elder sister’s wedding to enjoy free food. Though even when they were caught red-handed, they managed to escape and save themselves from the trouble. But, this doesn’t really happen when one gets caught red-handed in real life. Recently a similar incident took place where an MBA student in Bhopal gatecrashed a wedding but was caught red-handed and was made to do something, he never saw it coming.

An MBA student in Bhopal gatecrashed a wedding in Bhopal and as he was caught red-handed by the hosts, he was forced to wash utensils as a form of punishment. “Why did you come here? To have free food? Do you know the punishment for gatecrashing a wedding? Now wash utensils,” the man recording the video said.  “You are doing an MBA and your parents don’t send money?” the person further said.

Though until now no official complaint is being made against the student for gatecrashing the video has taken the internet by storm and has divided netizens into splits. Some have commented in favour of the boy, while some were totally against him.

MBA student came to eat food without being invited at a marriage ceremony in Madhya Pradesh, people forced him to wash utensils !!

“Sometimes we too have the urge of gatecrashing a wedding, One can’t enjoy wedding ambiance in a fancy restaurant,” read one comment.

“It’s ok to do. First, he should have some morality to not go where he is not invited ..second washing utensils is normal work done by all ladies on daily basis..it’s not something which is not supposed to do by a human. Khaya h to bharo jesa vo kahe.. maarte to galat tha,” read the comment of another Twitterati.