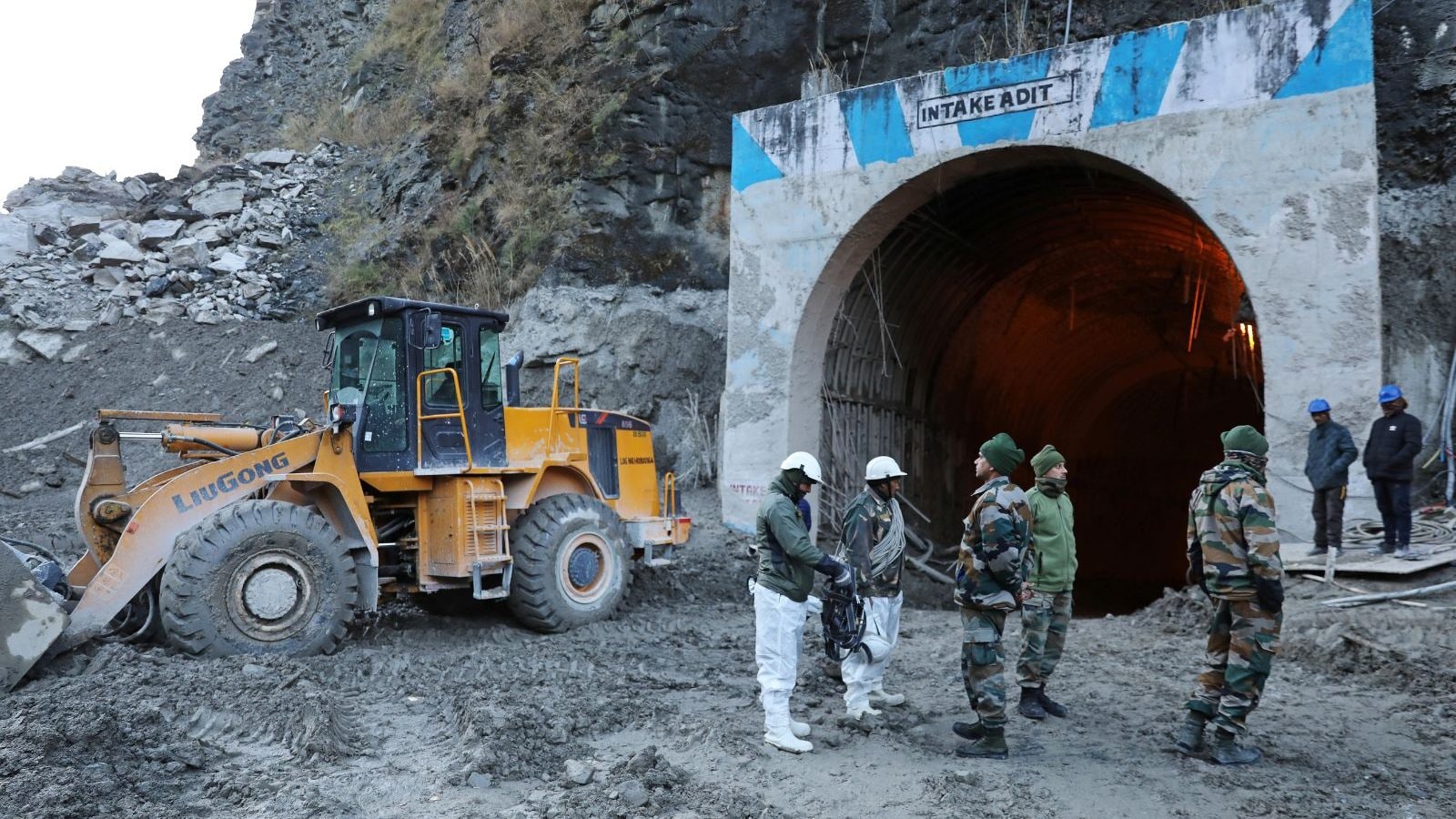 The subsidence of the highway can be seen in the areas of Singhdhar ward on the bypass road, the motorway leading to Narsingh temple, Gorang and Marwari.
(Reuters File)

In Joshimath, 933 members of 278 disaster-affected families have been sent to relief camps in view of security, where basic facilities like food, drinking water, medicine etc. are being provided to them

The sinking of soil at several places in Joshimath on the highway to Badrinath has triggered concern over the annual yatra to the holy shrine that is just four months away.

The Badrinath National Highway from the TCP area to Marwari Bridge was prone to landslides for a long time, but after the recent subsidence, it is now sinking at more places.

Dinesh Lal, a resident of Joshimath said his house was damaged due to cracks that appeared on January 2 and 3. Around that time, the biggest landslide on the highway took place.

“On the same day, a landslide near JP Colony washed away a large portion of the road,” he added.

The subsidence of the highway can be seen in the areas of Singhdhar ward on the bypass road, the motorway leading to Narsingh temple, Gorang and Marwari.

Two nearby hotels ‘Mountview’ and ‘Malari Inn’ are being demolished after being declared unsafe after cracks appeared in scores of houses in Joshimath.

While the highway leads to Mana Pass via Badrinath Dham from Joshimath, a road from the town of Govind Ghat — 15 km from Joshimath — turns to Sri Hemkund Sahib and the Valley of Flowers.

Every year during the Char Dham pilgrimage that starts in April-May, heavy traffic is witnessed on the highway.

Speaking on the damage caused by landslides and cracks on the highway, Chamoli District Disaster Management Officer Nand Kishore Joshi said the Border Roads Organisation (BRO) is assessing the situation.

He said the road is damaged due to the landslides, but the traffic here is going on as before.

BRO sources said there are landslides at seven or eight places on the highway, as a result of which some places are already sinking.

Efforts are on to improve the road and meetings are going on between BRO officials and the state government on this issue, he added.

According to sources, the government is waiting for the reports of the technical institutions involved in the investigation of various aspects of the landslide. A decision will be taken in this regard only after that.

According to him, the under-construction Helang–Marwari bypass could have been an alternate route for the pilgrimage, but it is unlikely to be completed before the yatra begins.

On Joshimath disaster relief works, Chief Development Officer Lalit Narayan Mishra said cracks have been found in 863 buildings due to landslides in the Joshimath city area, out of which 181 buildings are in the unsafe area.

In Joshimath, 933 members of 278 disaster-affected families have been sent to relief camps in view of security, where basic facilities like food, drinking water, medicine etc. are being provided to them, he added.

The speed by which the earth is subsiding in landslide-prone areas is being continuously monitored, while the work of identifying the buildings with cracks is still going on.

The demolition of two hotels declared unsafe and inspection of a Public Works Department (PWD) building and three private buildings in Joshimath are being carried out under the technical supervision of the Central Building Research Institute (CBRI).

In Dehradun, Disaster Management Secretary Ranjit Sinha said an amount of Rs 3.72 crore has been distributed to 310 affected people as interim assistance from the government.