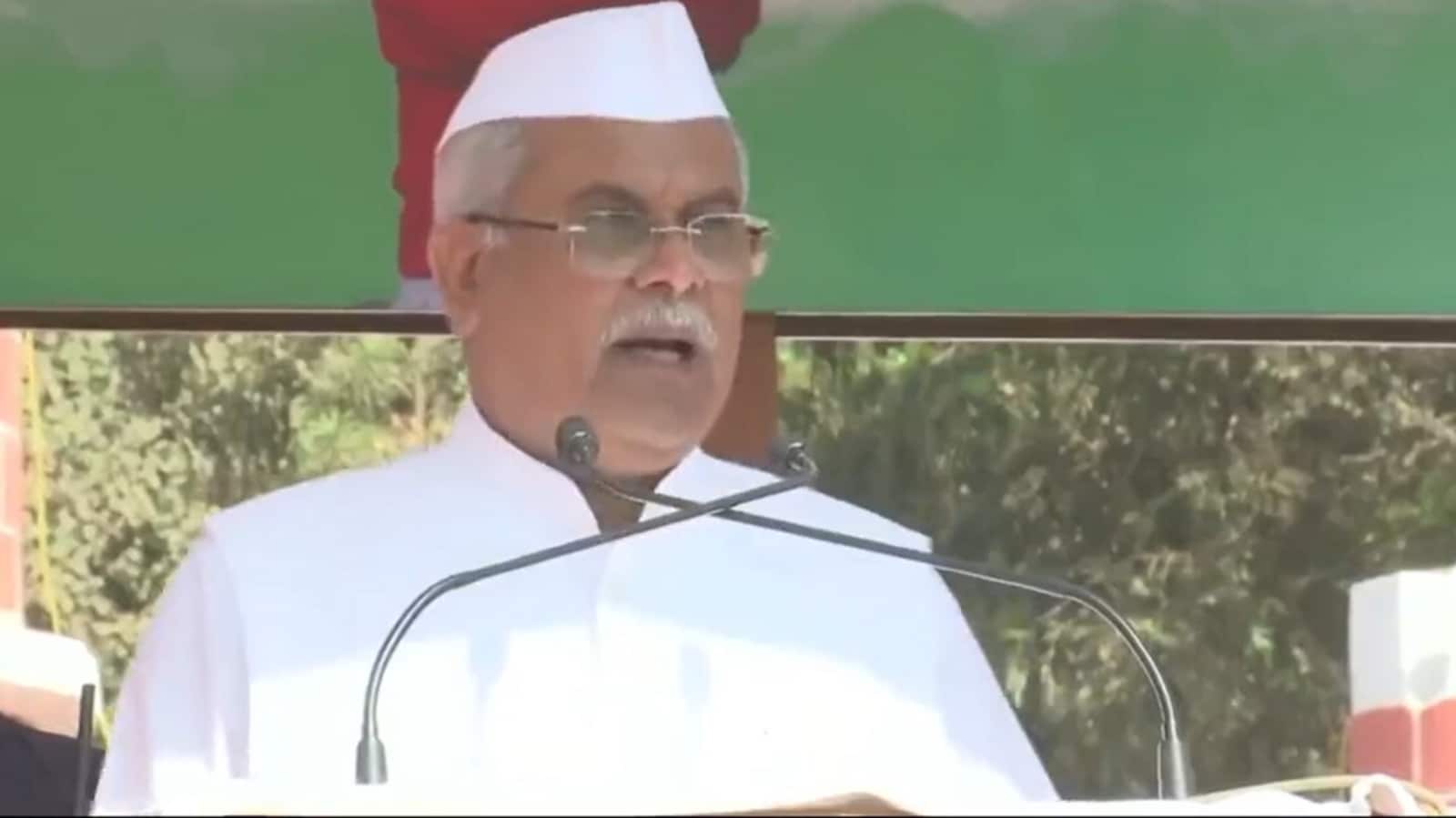 In a major announcement ahead of the Chhattisgarh Assembly polls due this year-end, Chief Minister Bhupesh Baghel on Thursday said unemployed youth will be given a monthly allowance in the state from the next financial year.

It was one of the key promises made by the Congress ahead of the 2018 Assembly polls, following which the party returned to power in the state after a gap of 15 years.

Addressing people on the occasion of the Republic Day on Thursday after unfurling the national flag at the Lalbag Parade grounds in Jagdalpur, the headquarters of Bastar district, Baghel also announced the formulation of a rural industry policy in the state to strengthen the cottage industry-based rural economy.

The CM further said factories located in industrial areas developed by the Industries Department will be exempted from property tax. He also made a number of other announcements, including setting up of an aerocity near Raipur airport, housing assistance scheme for labourers and a scheme to promote women entrepreneurship, apparently eyeing the Assembly elections.

“Unemployed youth will be given an unemployment allowance every month from the next financial year (2023-24),” Baghel said without specifying the amount. An aerocity will be developed near the Swami Vivekananda Airport, Raipur, to enhance passenger facilities, commercial development of the airport area and employment generation, he said. Construction workers registered with the Chhattisgarh Building and Other Construction Workers Welfare Board for a period of three years will be given a grant of ₹50,000 for building their houses, he said.

To strengthen the cottage industry-based rural economy, and to increase employment and the income of people in rural pockets, Baghel also announced the formulation of a rural industry policy in the state. Besides, a new scheme will also be brought to encourage women groups, women entrepreneurs, and businesswomen to launch start-ups and set up industries, he said.

Baghel asserted that the state government was determined to preserve the tribal culture and festivals. An aid of ₹10,000 will be provided every year to each gram panchayat for organising festivals of tribal communities in the tribal-dominated Bastar and Surguja divisions and scheduled areas of the state from the next financial year, he said. Besides, Chhattisgarh State Innovation Commission will be constituted with an aim to promote innovation for the development of the state, he said.

A river front will be developed along the Kharun river which flows on the outskirts of capital Raipur bordering Durg district, he said. Baghel said the Ramayan and Manas Mandli Mahotsav will be held in the state and Maa Kaushlaya Mahotsav will be organised in Chandkhuri, where Mata Kaushlya temple is located, every year.

Read here: Agniveers at Kartavya Path parade: All the firsts of Republic Day 2023

According to research scholars, Chandkhuri, situated in Raipur district, is the birthplace of Mata Kaushalya and the temple there is the only one in the world dedicated to her. The temple has been renovated and beautified by the Congress government as a part of its ambitious ‘Ram Van Gaman’ tourism circuit project under which all significant places in the state which Lord Ram is believed to have visited during his exile are being developed as places of tourist attraction.