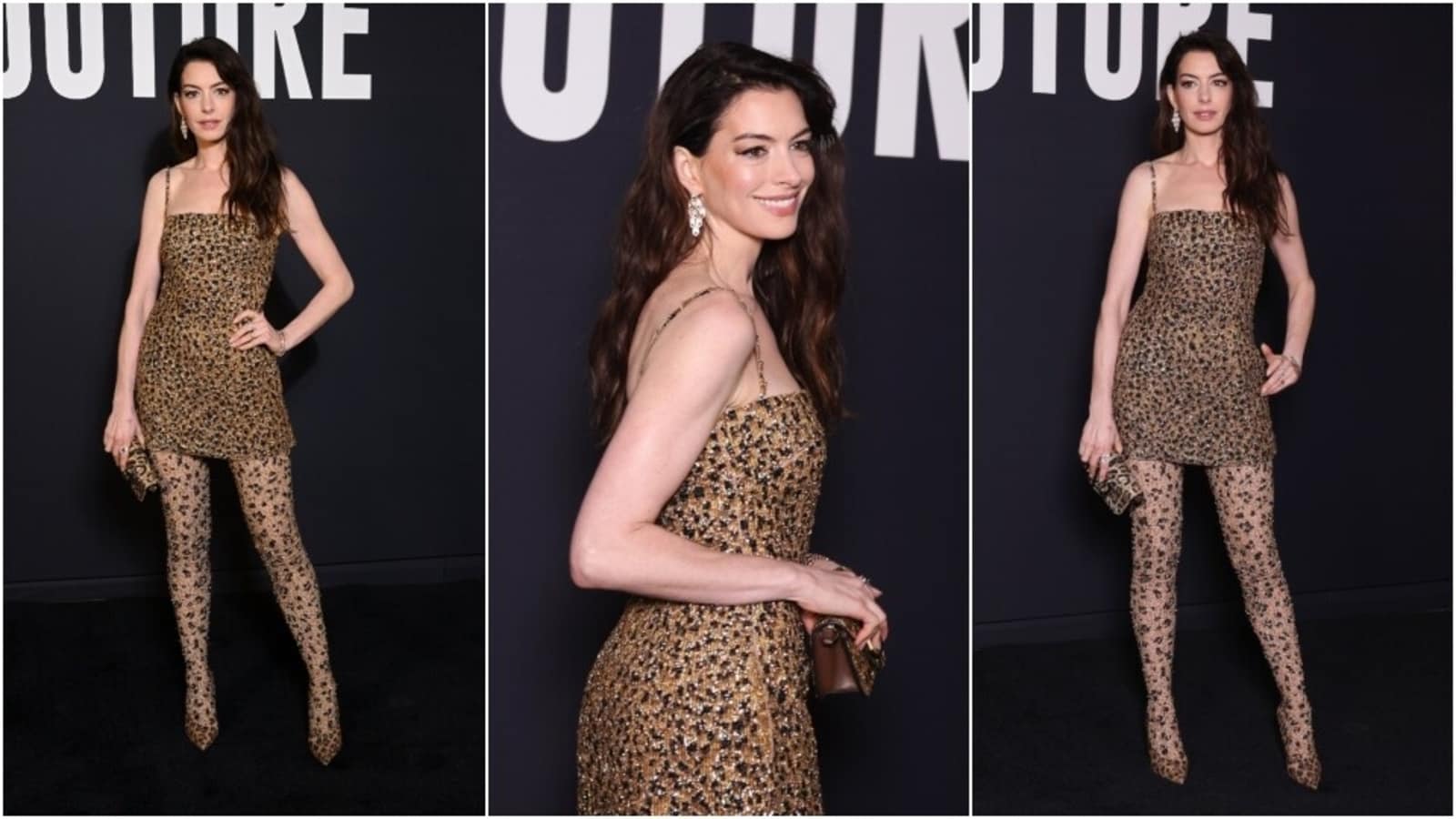 Every time Anne Hathaway steps out for a red carpet event, she proves she isn’t ageing at all, and the internet collectively crushes over her once again. This time, Anne attended Valentino’s Haute Couture Spring-Summer 2023 show by designer Pierpaolo Piccioli in Paris, which also saw BTS’ Suga, Sam Smith, Charli XCX, and other stars populating the front row. The actor made a fierce leopard statement at the show dressed in a mini dress and matching accessories from Maison’s collection. Fans loved Anne’s style moment at the event and took to social media to shower her with compliments. Some wondered if she was ‘reprising her role as Catwoman’, and others wrote that she is ‘slaying in her fashion era’. (Also Read | BTS’ Suga rules front row at Valentino show: ARMY fill Paris bridge to cheer for him, trend ‘Min Yoongi the main event’)

On Thursday (IST), Anne Hathaway, with her husband, Adam Shulman, attended the Valentino Haute Couture show in Paris. Anne arrived dressed from head-to-toe in Valentino and slayed with her iconic elegance and fierce sense of style. Netizens flooded social media with pictures of Anne for the paparazzi and watching the show. One internet user dropped her photos with the caption, “Babe, wake up, new Anne Hathaway serves just dropped.” Another fan wrote, “IT’S GIVING PRINCESS OF GENOVIA.” A user commented, “Anne Hathaslay.” Check out all the pictures below.

Regarding Anne’s look for the show, the actor chose a mini dress decorated with gold and black sequins embroidered to give the illusion of an animal print pattern. The ensemble features spaghetti straps, a square neckline, a figure-hugging silhouette and a short hem length. Anne wore it with matching sheer stockings embellished with leopard-pattern sequins.

Hazrat Ali Birthday 2023: Best Wishes, Images, Messages, Greetings and Quotes to Share With Your Loved Ones