Youth climbs atop police vehicle, creates panic under infleunce of cannabis in TS 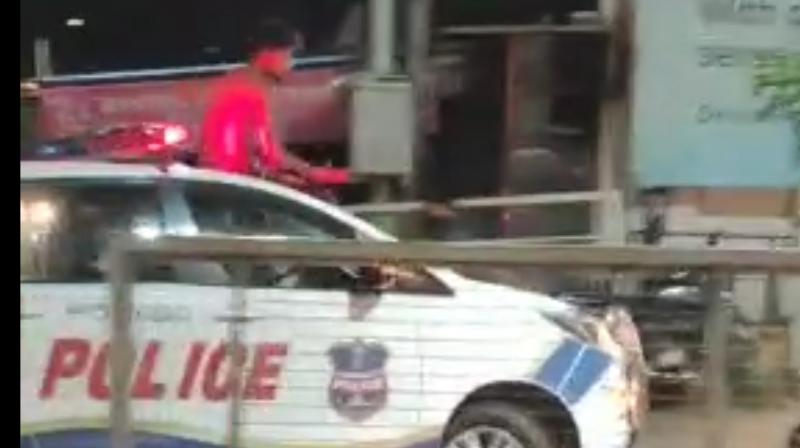 Hyderabad: Two youngsters have created panic situation, under the influence of cannabis, near the Royal Hotel in Jirra, Asifnagar late on Monday night.

One of the youths climbed atop the police rakshak while the vehicle was moving. The man refused to get down from the vehicle.

The youths who were riding a motorcycle allegedly had a quarrel with the locals who alerted Asifnagar police. As the police team reached the spot one of the youngsters named Ajay who had consumed cannabis alimbed atop the police vehicle after a heated argument with the night police patrol team. Meanwhile, the other man managed to flee.

The accused also damaged the window glasses of the police vehicle and was taken into custody, police said.