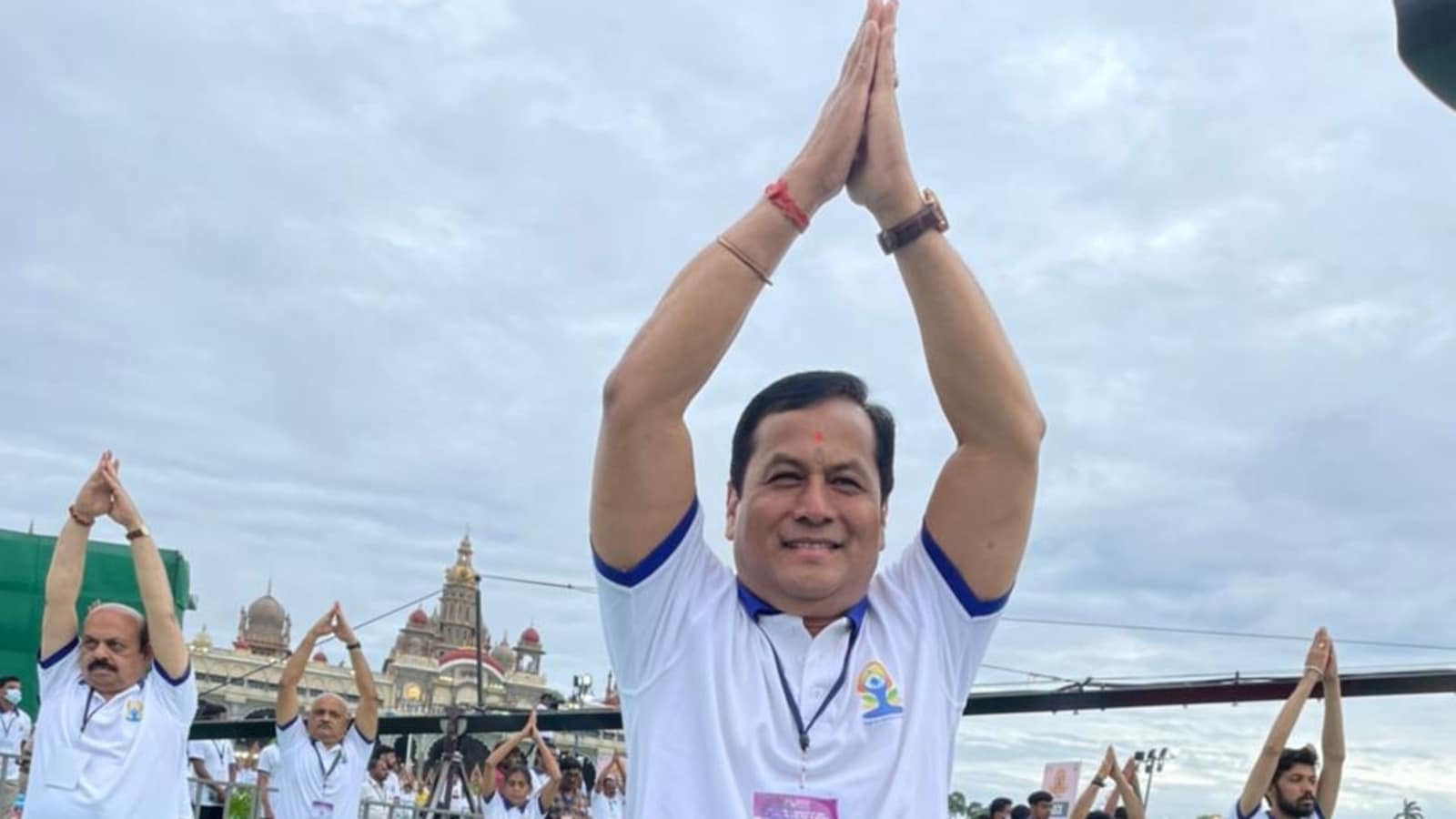 Union Ayush minister Sarbananda Sonowal on Tuesday said that Yoga is reshaping global values and is bringing different healthcare systems together. Speaking on the occasion of International Day of Yoga 2022, Sonowal expressed gratitude to Prime Minister Narendra Modi for his vision to “bring world peace and harmony by focusing on the health and well-being of individuals, communities, nations, and the world as a whole.”

“The scale of Yoga day is only growing day by day. We are extremely happy and proud that as many as 25 crores people from across the world are participating in today’s Yoga day,” he told the gathering at Mysore Palace in Karnataka.

“This beautiful movement of humanity towards a healthier and happier tomorrow was only made possible due to the vision and enabling role played by Honourable Prime Minister Shri Narendra Modiji in popularising and institutionalising it at the global stage,” the minister added.

The proposal to establish the International Day of Yoga was first introduced by Prime Minister Modi during the opening of the 69th session of the UN General Assembly. This year’s theme was “Yoga for Humanity”.

Sonowal said that the theme was adapted by the ministry of Ayush through “various initiatives to build positive conversations and engage with social communities on various aspects of Yoga.”

“The programmes are an attempt to include various sections of the society to celebrate health and plurality.”

On Tuesday, PM Modi led the mass demonstration of Yoga at the Mysore Palace, with about 15,000 people joining him here. The main event of the International Day of Yoga 2022 saw active participation of Karnataka governor Thaawarchand Gehlot, chief minister Basavaraj S Bommai, along with officials from Ayush ministry and Karnataka Government. As many as 200 specially abled children, 100 orphaned children, 15 transgenders, people with AIDS and ASHA workers also joined the mass Yoga demonstration earlier today.