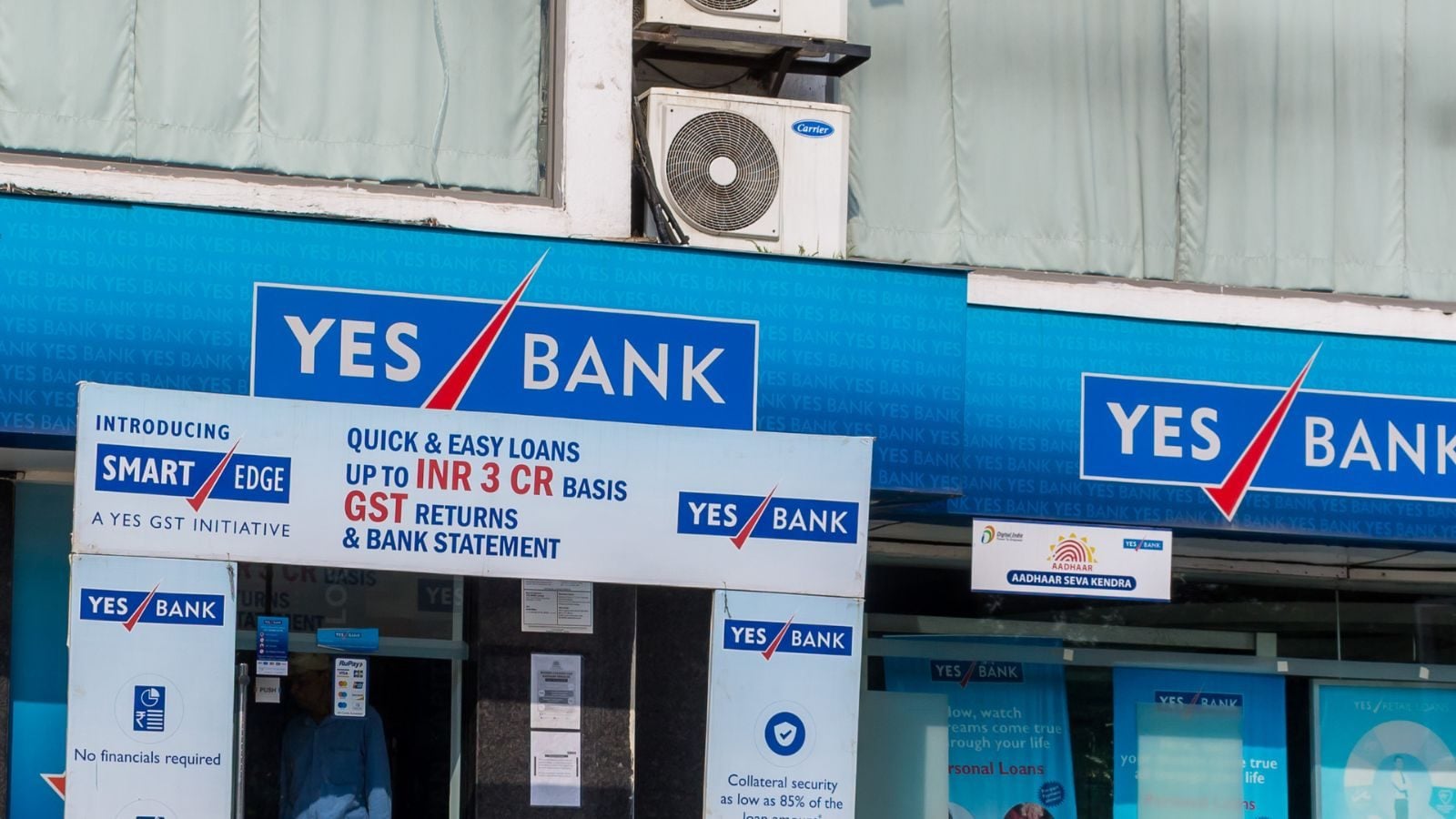 Yes Bank Shares Fall; Should you Hold or Sell?

Yes Bank Shares: According to stock market experts, this dip in Yes Bank shares is short-lived as banking major is expected to recover from its lows

Yes Bank Share Price: Shares of YES Bank have been under pressure after climbing to its 52-week high of Rs 24.75 on 13 December, 2022. In these near one month time, Yes Bank shares have tumbled to the tune of 30 per cent whereas in YTD time, it has nosedived over 16 per cent.

According to stock market experts, this dip in Yes Bank shares is short-lived as banking major is expected to recover from its lows. The drop came after the Bombay High Court quashed the YES Bank administrator’s March 2020 decision to write-off of additional Tier-1 (AT1) bonds. An 80 per cent drop in December quarter profit due to higher provisioning added to weakness on the counter. YES Bank had written off AT-1 bonds worth Rs 8,415 crore as part of the bailout in March 2020. While the management said it has strong legal grounds to appeal against the court, investors were cautious.

Giving Yes Bank shareholders to hold the scrip despite 30 per cent dip from 52-week high, ICICI Securities says, “We see a gradual turnaround in relevant operating metrics driven by granular retail assets as well as liabilities and improved confidence in stability of the franchise. Post the stressed pool sale, adjusted book value (adjusted for net NPAs) has been favourably impacted to the extent of 8-10% despite lower earnings build-up for FY23E. Also, equity capital raise of ₹89 bn in Q3FY23 from Carlyle and Advent provides YES with growth and confidence capital. To that extent, the stock can now command a valuation of 1.4x FY24E ABV (earlier 1.2x).”

Pointing towards challenges that Yes Bank stocks may have to face, ICICI Securities said, “We remain cognisant of the risks arising from the delay in resolution of stressed pool, incremental ageing-related provisions, modest RoE profile during transition, decision to write-down AT-1 bonds being challenged in Court and stock supply overhang post the expiry of lock-in shares in Mar’23. Maintain HOLD with a revised target price of ₹19.3 per share.”

Meanwhile, Nirmal Bang Institutional Equities said in a note, “The management indicated that the bank is in process to appeal in Supreme Court against the recent High court order that quashed the write-off of additional tier 1 bonds (AT 1) issued by the bank. We put the bank ‘under review’ as we seek further understanding on provisioning implications of security receipts which may impact profitability is going forward.”

“The bank completed the sale of bad loans to the ARC resulting in significant reduction in headline NPL ratios and also raised capital for growth. We shift focus towards growth and normalization of RoEs. The recovery to normalcy appears to be a few years away with negligible credit costs being the only key lever,” it said while maintaining sell on the stock with a fair value of Rs 17 from Rs 16 earlier.

Yes Bank’s consolidated December quarter profit came in at Rs 55.07 crore, as provisions on legacy bad assets made it set aside higher amounts as provisions. It reported an 11.7 per cent jump in the core net interest income at Rs 1,971 crore on the back of a 10 per cent advances growth and a 0.10 per cent expansion in the net interest margin at 2.5 per cent.

Aparna Deb
Aparna Deb is a Subeditor and writes for the business vertical of News18.com. Among other things, financial market, economy and policies interest her …Read More