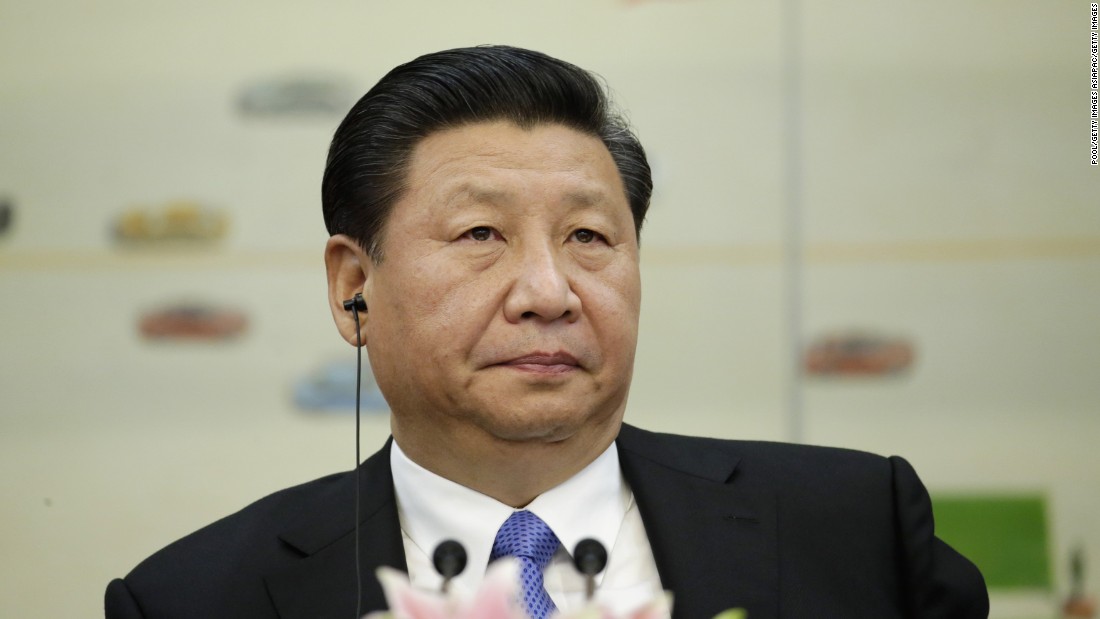 Is considered to be a “princeling,” the son or daughter of a revolutionary veteran.

His wife, Peng Liyuan, is a famous folk singer in China.

1969-1975 – Works as an agricultural laborer in Liangjiahe, Shaanxi. Xi is among the millions of urban youths who were “sent down,” forced by the Communist government to leave cities to work as laborers in the countryside.

1982-1985 – Serves as deputy secretary and then secretary of Zhengding, Hebei Province.

April 1985 – Makes his first trip to the United States as part of an agricultural delegation.

2007 – Is named party secretary of Shanghai.

February 15, 2012 – Delivers a policy speech in Washington, DC and meets with US President Barack Obama.
November 15, 2012 – Succeeds Hu Jintao as general secretary of the CPC Central Committee and as chairman of the CMC.
March 14, 2013 – Xi is named China’s president by parliament.

October 2014 – “The Governance of China,” a collection of Xi’s speeches, is published.

November 12, 2014 – Obama and Xi announce a climate change agreement that would cut both countries’ greenhouse gas emissions by close to a third over the next two decades. The White House says the announcement marks the first time China has agreed to cut its carbon emissions.
September 22-27, 2015 – During Xi’s first state visit to the United States, he meets with tech and business leaders in Seattle before flying to Washington, DC to meet with Obama.
October 20-23, 2015 – First state visit to the United Kingdom, to bolster economic and diplomatic ties.
November 7, 2015 – Meets with Taiwanese President Ma Ying-jeou in Singapore, marking the first meeting between the leaders of China and Taiwan since the Chinese civil war ended in 1949.

April 2016 – Assumes the title “commander in chief” of the new joint forces battle command center, consolidating his control of the military.

October 27, 2016 – Is declared the “core of the Chinese Communist party.” The title, originally held by Chairman Mao Zedong, reinforces Xi’s power.
October 24, 2017 – Party delegates unanimously vote to make “Xi Jinping Thought on Socialism with Chinese Characteristics for a New Era” a guiding principle. The resolution mirrors many of the themes addressed by Xi during a recent speech in which he detailed his sweeping vision for the country, charting its future in a world where China’s reach is now extending — and being felt — further than ever before.
February 25, 2018 – The party proposes amending the country’s constitution to abolish term limits for presidents, allowing Xi to serve indefinitely as China’s head of state.
March 11, 2018 – Parliament endorses the controversial change to the country’s constitution, paving the way for Xi to stay in power indefinitely. Out of 2,964 ballots, two delegates vote against the move and three abstain, suggesting minimal opposition to Xi’s push to rule for life. Passage requires two-thirds of the vote, which is a largely symbolic exercise.

March 25-27, 2018 – Hosts a visit from North Korean leader Kim Jong Un.
May 4, 2018 – Speaks with Japanese Prime Minister Shinzo Abe via phone about the situation in the Korean Peninsula. This is the first time that the two leaders have ever spoken on the phone.
December 1, 2018 – Meets with Trump to discuss tensions over trade during the G20 summit in Argentina.
November 4, 2019 – Praises Hong Kong Chief Executive Carrie Lam’s leadership and hard work during a surprise meeting in Shanghai, despite months of violent protests on her watch, according to the state-run news agency Xinhua, which also published a photo of the pair shaking hands and smiling.
March 10, 2020 – Makes his first visit to Wuhan since the novel coronavirus outbreak first emerged in China more than two months prior. According to state news agency Xinhua, Xi arrives in Wuhan “for an inspection of the epidemic prevention and control work” in the city and surrounding province.
September 22, 2020 – Speaking via video link to the United Nations General Assembly (UNGA) in New York, Xi calls for a “green revolution” and says the country will scale up its targets under the Paris climate accord — a pledge by 187 countries to reduce their carbon emissions. Xi also says that the coronavirus pandemic has shown that “humankind can no longer afford to ignore the repeated warnings of nature.” He calls on countries to pursue a “scientific and technological revolution and industrial transformation” to achieve a “green recovery of the world economy in the post-Covid era.”
September 21, 2021 – In a pre-recorded speech to the UNGA, Xi says China will not build any new coal-fired power projects abroad and will also increase financial support for green and low-carbon energy projects in other developing countries.
November 11, 2021 – Senior officials of the Chinese Communist Party (CCP) approve a resolution on the party’s “major achievements and historic experiences,” in a move expected to further strengthen Xi’s hold on power. It is only the third “history resolution” issued by the CCP in its 100-year existence; the other two, in 1945 and 1981, cemented the supremacy of Mao and Deng Xiaoping, respectively.