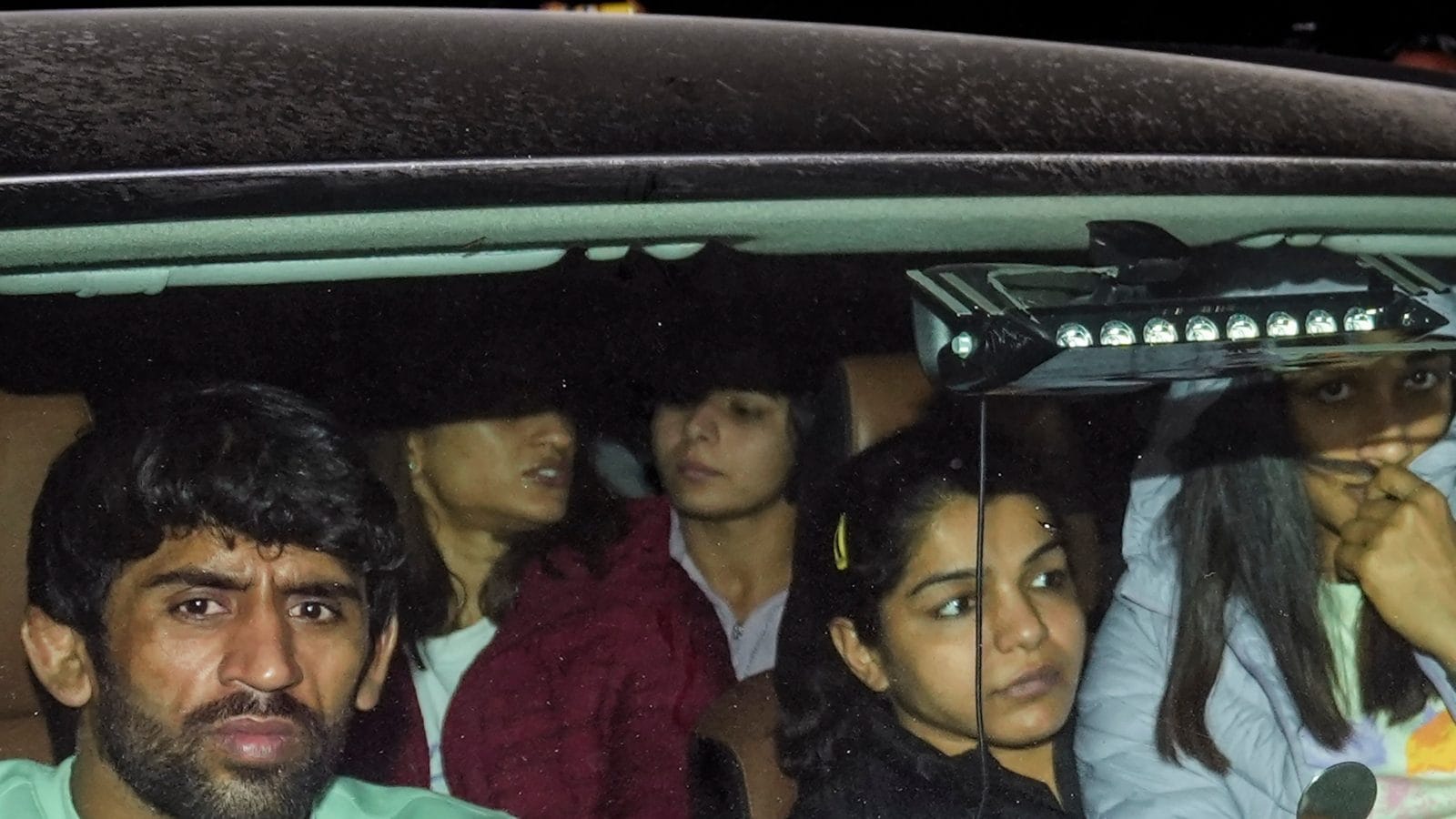 The committee, members of which will be named on Saturday, will also oversee the day-to-day affairs of the federation. Union Sports Minister Anurag Thakur said the committee will submit its report in a month’s time.

The wrestlers, including Vinesh Phogat, Bajrang Punia, Sakshi Malik and Ravi Dahiya, decided to end their protest after a breakthrough was achieved during a marathon second round of talks with Thakur.

Talking to media, Bajrang Punia said they never wanted to take the protest route but they were “pushed to limit”, a PTI report said.

“The protest is over. We did not want to sit on dharna but ‘paani sar se ooper chala gaya tha’. The government has assured us safety and security, we have been threatened by the WFI president in the past also,” the Tokyo Olympics bronze medallist said, adding that 2023 was a crucial year for them as the Asian Games and Olympic Qualifiers are approaching.

The wrestlers had earlier in the day said that they would lodge multiple FIRs against the WFI chief, but did not do so eventually. It can be termed a considerable, if not major, victory for the agitating wrestlers, who had said that they would continue their ‘dharna’ until the WFI president is sacked and the federation is disbanded.

Notably, the wrestlers on Friday reached out to the Indian Olympic Association (IOA) demanding a probe.

In their letter, addressed to IOA president PT Usha, the wrestlers alleged financial misappropriation (of funds) on part of the WFI and claimed that the coaches and sports science staff at the national camp are “absolutely incompetent”.