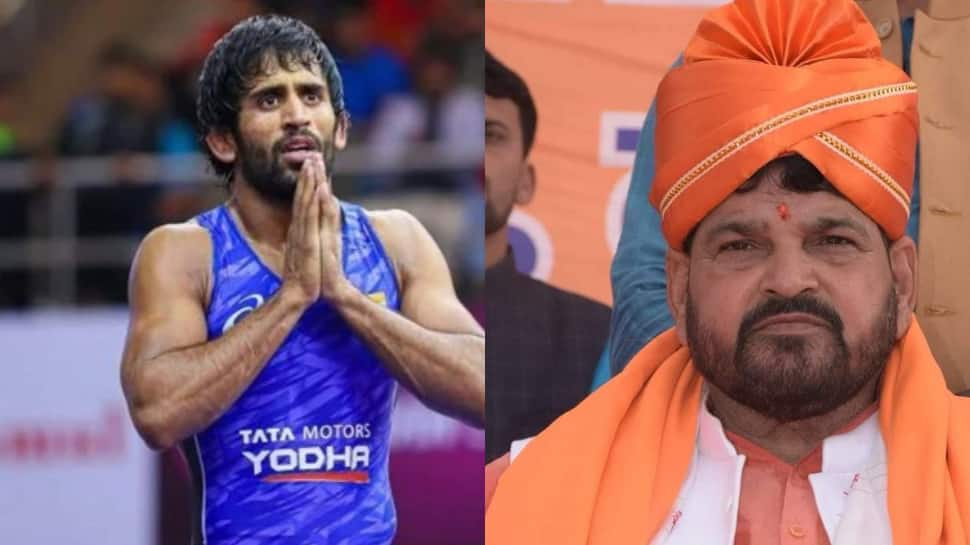 In what was a a slight win for the wrestlers, the Wrestling Federation of India (WFI) president Brij Bhushan Sharan Singh was asked to step aside by the sports ministry late on Friday night. Bajrang Punia and Co’s second meeting was a successful one as a solution for the whole matter was found. The sports ministry has asked WFI president to stop the day-to-day functioning as president of the federation for a month till the charges are probed. The ministry also told that it will form an oversight committee which will help probe the allegations levelled against the WFI president.

“It has been decided that an oversight committee will be formed, names for which will be announced tomorrow. The committee will complete its investigation within four weeks. It will thoroughly probe all the allegations be it financial or sexual harassment that have been levelled against WFI and its chief,” Sports Minister Anurag Thakur said after the meeting that lasted close to five hours.

Bajrang Punia said the government has assured thems safety and security. He said, “The protest is over. We did not want to sit on dharna but ‘paani sar se ooper chala gaya tha’. The government has assured us safety and security, we have been threatened by the WFI president in the past also,” the Tokyo Olympics bronze medallist said. He added that the year 2023 was a crucial year for them as the Asian Games and Olympic Qualifiers are approaching.

After ending their protest, the wrestlers did not file the multiple FIRs against Brij Bhushan Sharan Singh which they had warned of earlier. Both Thakur and Punia did not take any question from the media.

Later, in a tweet, Bajrang thanked the government for taking their protests seriously and taking a swift action in regards to it.

Earlier, Indian Olympic Association (IOA) had formed a seven-member to look into the allegations that included boxer MC Mary Kom. The committee was to probe the sexual allegations after listening to both the sides and submit a detailed report to the IOA.