‘Would like normal relations but…’: NSA Ajit Doval warns Pakistan 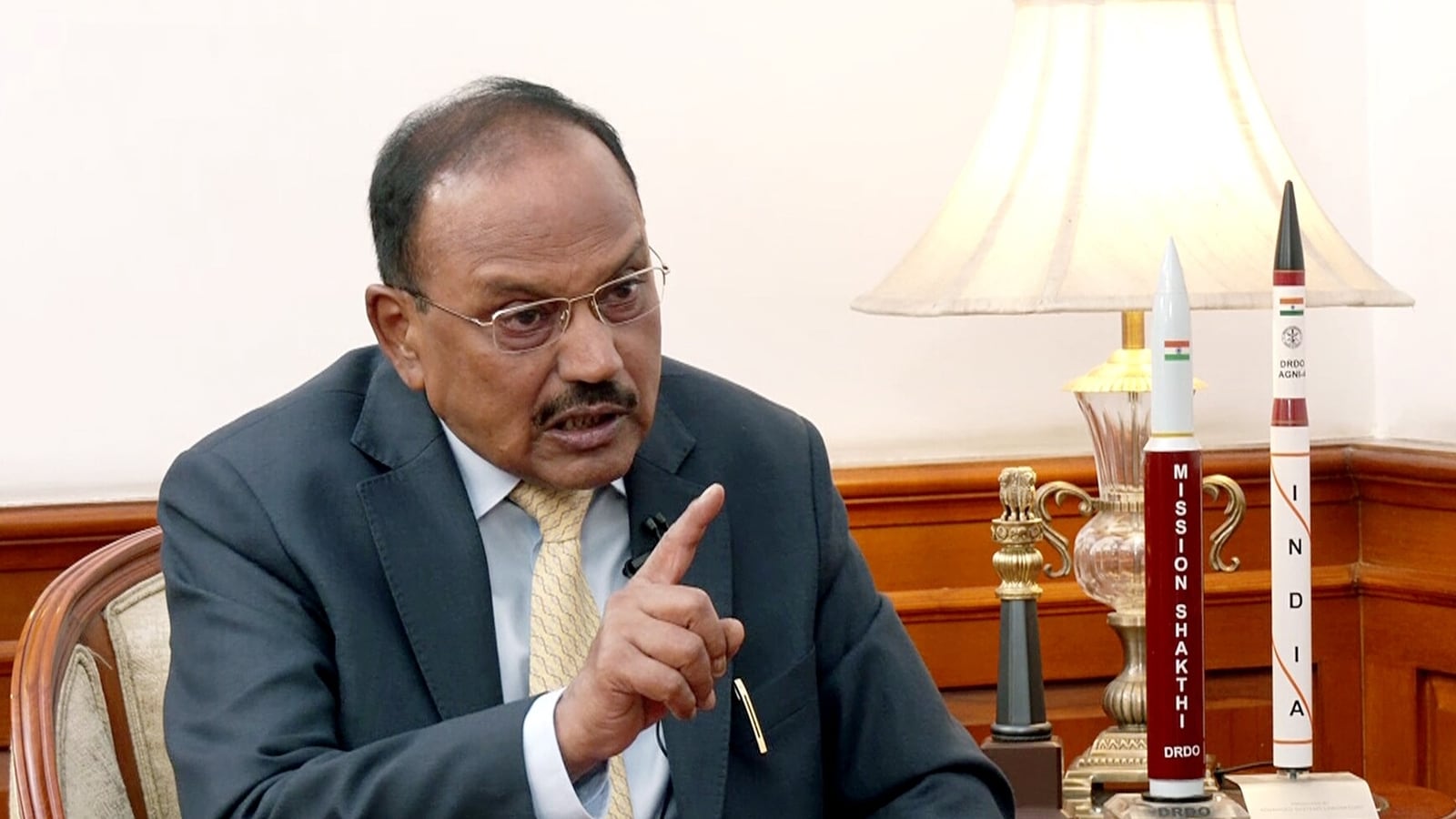 National Security Advisor Ajit Doval on Tuesday warned Pakistan that while India is keen on ‘normal relations’ its ‘tolerance threshold for terrorism is very low’. Speaking exclusively to news agency ANI, Doval said the mood in Kashmir had changed after 2019 – a reference to the terror attack in Pulwama in which over 40 Indian soldiers died for their country after a CRPF convoy was targeted by a suicide bomber linked to Pak-based terror group Jaish-e-Mohammed.

“Post 2019, the mood and temper of the people of Kashmir has totally changed. People are no more in favour of Pakistan and terrorism. Where are those bandh calls… those Friday hartals.. all gone. Some young boys are getting misled but we are doing our best to persuade them… some military organisations are there but we are fighting them with total resolve,” Doval told ANI.

On relations with Pak, he said: “We would like to have normal relations but tolerance threshold for terrorism is very low. Can’t have peace and war at choice of our adversary… we will decide when, with whom, and what terms…”

On the question of terror attacks against Kashmiri Pandits and non-locals – who have been the subject of targeted killings over the past several months – Doval said the government had taken steps in the past, and would definitely do more in the future, to protect vulnerable sections. “Best thing is to go on offensive mode against terrorists and make sure they’re accounted for,” he said.

Ajit Doval also commented on the border stand-off with China, saying, “We have a long-pending territorial dispute with China. Have made our intentions very clear. They are aware of the fact we will not tolerate any transgression…”

The NSA also spoke on protests against the government’s new armed forces recruitment scheme ‘Agnipath’, saying it would not be rolled back despite violent and widespread protests. He explained the scheme is part of prime minister Narendra Modi’s vision for a ‘secure and strong’ India and is essential so that the country’s armed forces are prepared for future wars and conflicts.

With input from ANI