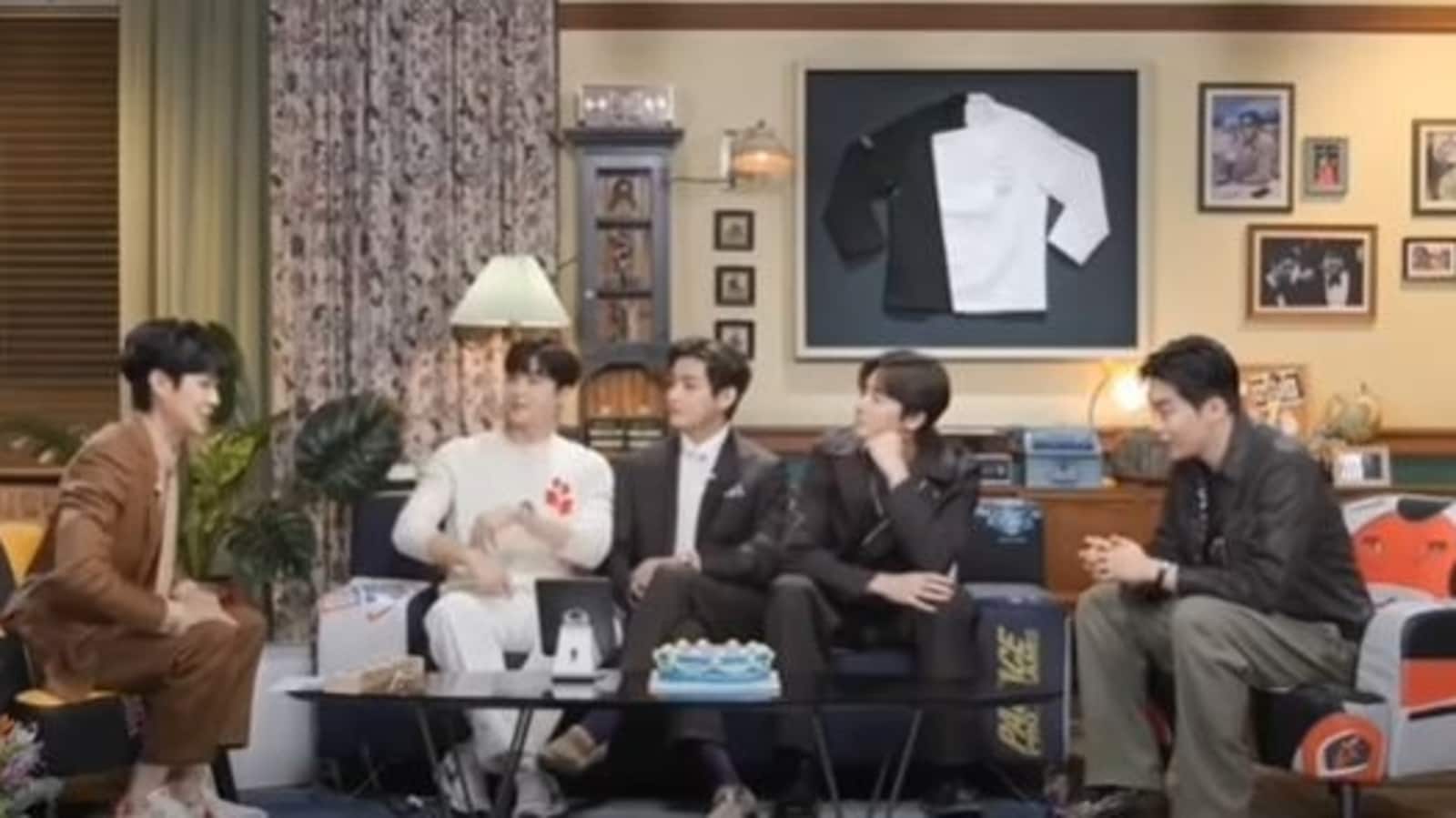 BTS member V aka Kim Taehyung along with actors Choi Woo-shik, Park Seo-joon, Park Hyung-sik and musician Peakboy will feature in the spin-off of the reality show, In the Soop. As per a new report, the show will air in July 2022. V, whose real name is Kim Tae-hyung, shares a close bond with Woo-shik, Hyung-sik, Seo-joon and Peakboy. They call themselves the Wooga Squad.(Also Read | The Wooga Squad: BTS’ V’s reaction to Park Seo Joon’s new pictures surprises actor)

The BTS singer bonded with Seo-joon and Hyung-sik on the sets of their K-drama Hwarang: The Poet Warrior Youth. The show released in 2016 and later Seo-joon introduced the duo to his friends Woo-shik and Peakboy.

As per a K-pop Herald tweet, BTS’ V ‘is launching an In The Soop spin-off with his four best friends: actors Park Seo-joon, Choi Woo-shik, Park Hyung-sik and rapper Peakboy’. The show will premier in July via JTBC. The series has four episodes in which the Wooga Squad will take a four-day and three-night vacation together.

Reacting to the post, a fan tweeted, “They were not kidding when they said that chapter 1 of BTS’ career just ended and a new one begins. Starting by July we’ll be getting a lot of the member’s solo agendas.” Another person commented, “Wooga Squad with V. Hoping for another spin-off with Padding Squad with Jimin, 97 liners with JK, 92 liners with Jin, Problematic Man with RM.”

“‘The Soop: Friendship Trip’ with Taehyung, Park Seo Joon, Peakboy, Choi Wooshik, and Park Hyungsik ?!?!!?!? OMGGG this is gonna be so fun I cant wait to see my baby w his friends I’m excited ahhhh,” said a person. An ARMY wrote, “Does it mean when they went to Jeju last time was for in the soop? Like we suspected Wooshik golfing w Tae there, they must have already recorded.”

BTS members RM, Jin, Suga, J-Hope, Jimin, V and Jungkook have already featured in two seasons of In The Soop. The second season aired last year. It featured the members spending time together in the woods.

The In the Soop spin-off of the Wooga Squad comes a day after BTS members celebrated their ninth debut anniversary. The group released an album comprising three new songs–For Youth, Run BTS and Yet To Come. The album also consisted of several of their old tracks. The group held Proof Live on Monday with a special performance with musician Anderson .Paak.