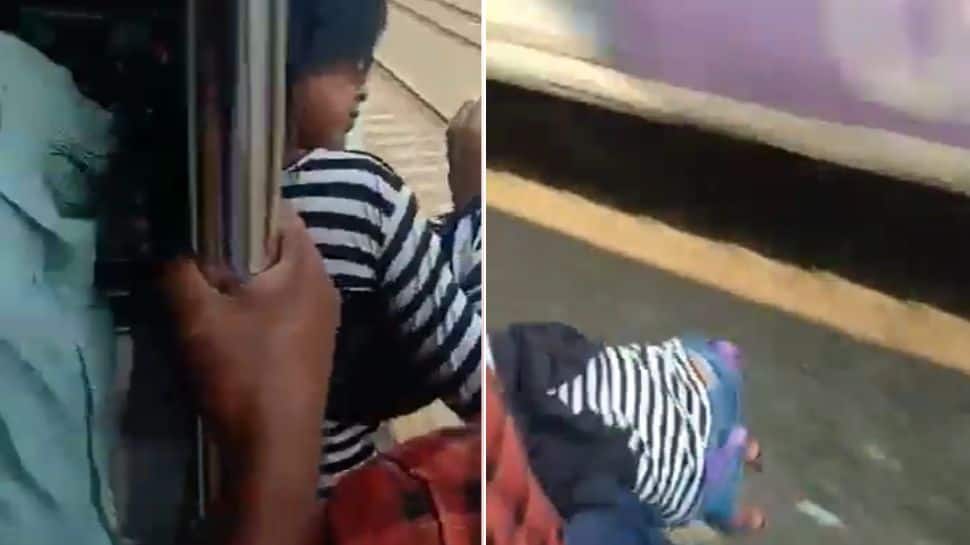 Mumbai: People being reckless on local trains is not a new phenomenon. Videos of youngsters hanging from train doors or trying to climb on top of Mumbai local trains has been a dangerous but common practice since long. Similarly, a new video emerged of a woman who almost fell to her death after she tried to lean out of a local train seemingly to feel the breeze on her face. She found herself slipping and falling off the edge at a time when another trains was running parallely on an opposite track.

Luckily, the woman’s life was saved as two men held her as she hung in between the space between the two local trains. The video is truly shocking as one watches the woman’s lucky escape from death.

Here’s how she was saved

The people around her had the presence of mind and agility to catch her at the righ time and were strong enough to hold her in the right position so that she wouldn’t hurt herself. Later, the men lifted her on the train and helped her come inside safely.

According to reports, the video is dated to be a few years old and isn’t recent at all. However, it has been going viral on social media as it’s been shocking netizens all across the country.