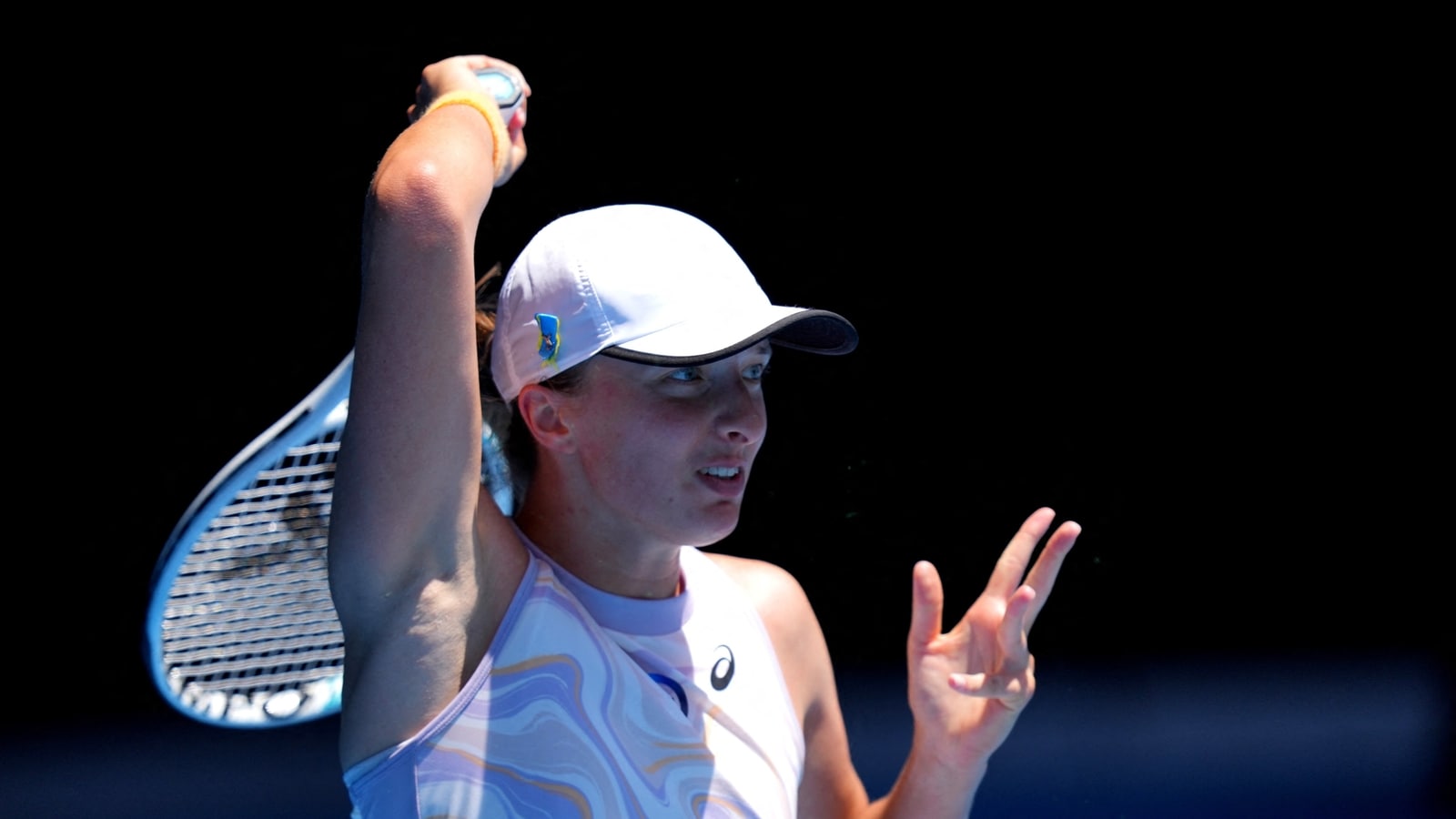 In the battle of two reigning Grand Slam champions, a first of its kind in a women’s singles draw since 2021, Wimbledon winner Elena Rybakina held her nerves to knock out world no.1 and top seed Iga Swiatek in straight sets in their fourth-round meeting at the Australian Open 2023 on Sunday. The Kazakh scripted a 6-4, 6-4 win in an hour and a half to make her maiden Australian Open quarterfinal.

Rybakina has so far beaten nine top-10 players, two of which came in a Grand Slam. But she never won against a world no.1 player. The 23-year-old had lost twice against then-top-ranked Ashleigh Barty, but her impressive run to the pre-quarters at the Melbourne Park did highlight that it would never be an easy task for Swiatek, who although had defeated Rybakina in their only WTA meeting last year in Ostrava.

The 2022 Wimbledon winner made a composed start to the match, attacking Swiatek’s second serve to take an early 2-0 lead. Swiatek did break back immediately on second-return points, but Rybakina seized the moment when with world no.1 first double fault at 3-3 as she sent a stunning backhand winner to take 4-3 lead and then stayed firm on her serve with four straight aces to take the opening set.

“It was a really tough match and I really respect Iga,” said Rybakina, the 22nd seed. “She’s a young player and think she played really well,” she added of the 21-year-old from Poland. “It’s a big win and I’m just happy to get to another round.”

Swiatek stepped up in the second set to take an early 3-0 lead before her first serve deserted her as Rybakina broke to love at 1-3. The Kazakh once again found her rhythm with the serves, firing with more accuracy and power as she levelled the score at 3-3. A sixth forehand winner of the match saw Rybakina convert another break-point opportunity and then served out with ease to take the match.

“I think I was serving good and just struggling a bit on one side,” said the composed Rybakina. “But in the important moments I played really well and that made the difference.”