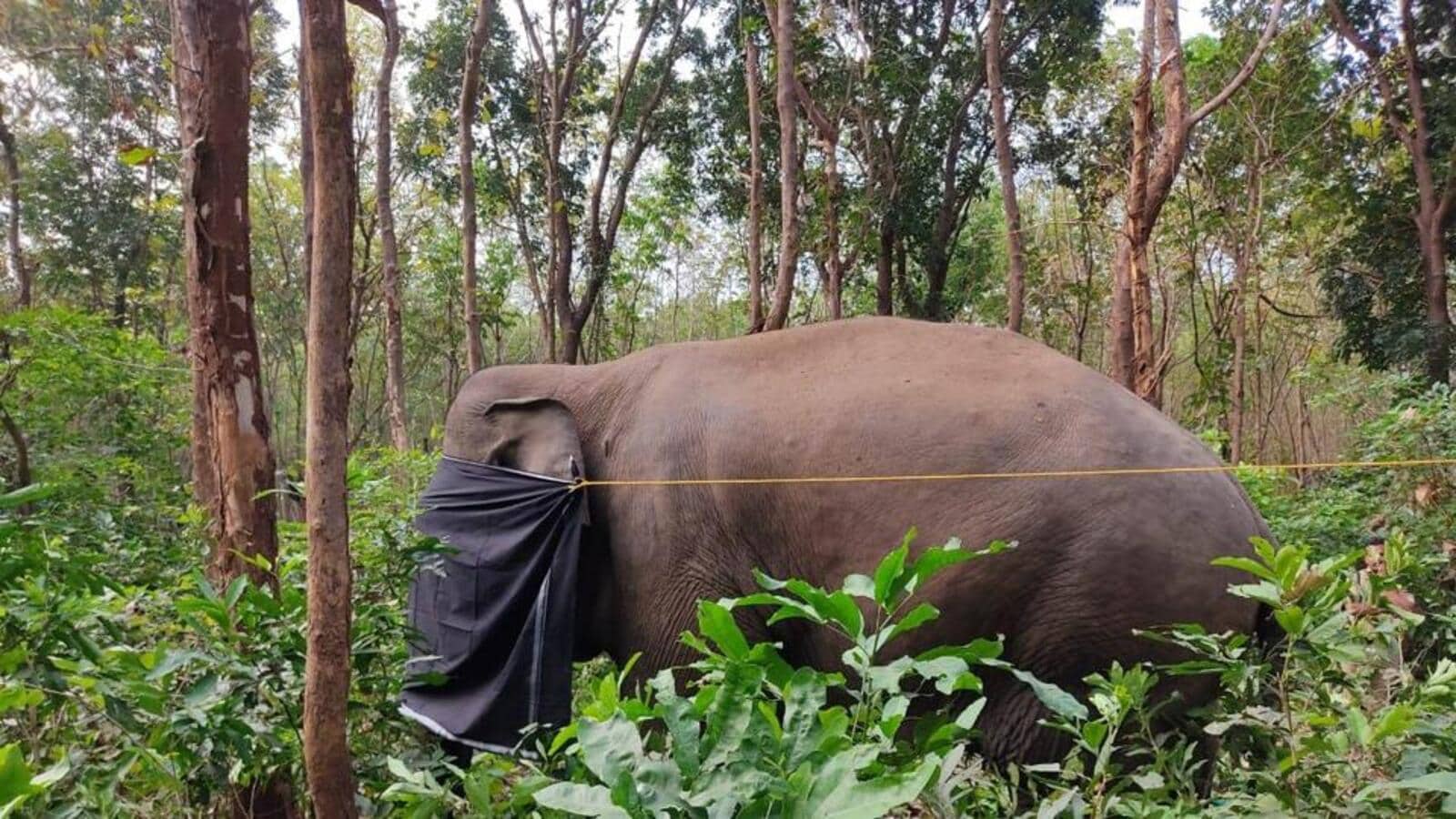 Experts of the Kerala forest department on Sunday tranquillised and captured a wild elephant code-named PT (Palakkad tusker)-7 that gave sleepless nights to many people and killed a morning stroller seven months ago in Dhoni in Palakkad district.

“It was an arduous task. Day and night our personnel tracked the animal. But it always gave a slip and entered either water bodies or deep forests. But this time our people darted it and moved it to an elephant training centre,” said state forest minister A K Saseendran. In Dhoni and Mundur, two most affected villages in Palakkad, people celebrated its capture by distributing sweets and came out in large numbers to see the perpetual trouble-maker.

Forest officials said it was one of the longest search operations in the state and literally it was a hide and seek for many months. “We spotted the jumbo around 6am and followed it for more than an hour and fired tranquillisers at 7.30am. We prevented it from entering deep forests first. Saving the animal’s life was our prime concern and later we administered booster dose while taking it out of the forest,” said chief veterinary officer and darting specialist, Dr Arun Sacaria.

Forest official said out of the 360 days it was tracked, it was spotted 188 days in human habitats and it was also involved in 180 incidents of crop damage, 13 incidents of house destruction and the death of a morning walker Sivraraman (60) in last July. But local people said it was also responsible for two more deaths and at least a dozen cases of wild chasing and attacks on motor vehicles.

“We are really relieved. It was like an undeclared curfew for many months. We need a permanent mechanism to check frequent incursions by wild animals,” said K Nikhil, son of the elephant attack victim.

Local people said PT-7 literally terrorised them for last seven months invading their habitats frequently and destroying crops. On July 8 last year it trampled to death a native who was out on the day for a morning walk. Three people had a miraculous escape after the 20-year-old old tusker chased them. They said at times it moved 4 to 6 km in human habitat and charged at anyone who came on its way. “Usually animals invade crops for food but PT-7 enjoyed simply destroying farms. We suffered badly after it destroyed crops worth several lakhs of rupees,” said Rajasekharan, a farmer.

The state has been witnessing many incidents of animal incursions these days. Last week, a male tiger that killed a man was captured and shifted to an animal rescue centre in Wayanad in north Kerala and another wild elephant that strayed into Sultan Bathery town in the same district was tranquillised and shifted to an elephant yard.

Wildlife experts said change in crop pattern, non-availability of enough food and water in forests and increase in numbers are the reasons behind the growing animal attacks. Cash crops growing in fringe areas of forests attract many elephants to human habitats, said wildlife expert E S Esa adding that straying can be contained effectively by managing elephant corridors intact. According to a revised estimate on jumbo population, the south region accounted for 14,612 elephants followed by north-east at 10,139. Among states, Karnataka topped with 6,046 elephants followed by Kerala at 5,706.

Nature lovers and wildlife enthusiasts have decried eminent ecological scientist Madha Gadgil’s statement that licensed culling of wild animals can be done to check their population.

Addressing an online discussion organised by the Catholic church on Saturday, he said human lives were more important and wild animals including tiger can be killed to restrict their numbers. The Kerala Catholic Bishop’s Council has welcomed his statement. During Western Ghats agitation in 2012-2015 against two expert panels (Gadgil and Kasturirangan) his effigies were burnt at several places in the state.

Noted conservationist V S Vijayan said, “We have no idea on which context he said this. Culling is not a solution at all. We need a healthy balance between the two, animals and human beings”

Last week, the state government announced its decision to approach the Supreme Court with a plea to seek permission for birth control measures and culling of wild animals that pose danger to human beings.