Who is Eknath Shinde, Shiv Sena leader behind current political crisis in Maha 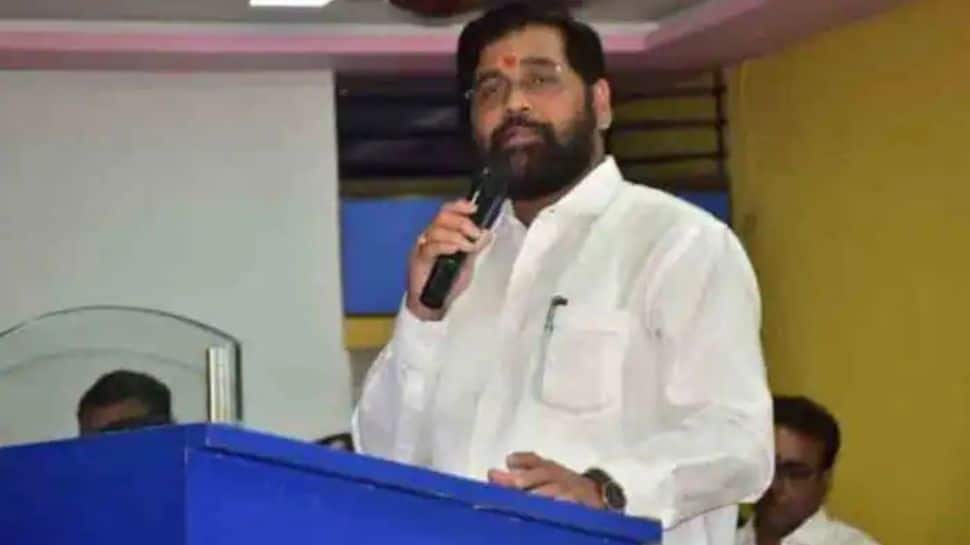 New Delhi: Shiv Sena leader Eknath Shinde, who has turned out to be a disruptor for the Maha Vikas Aghadi (MVA) alliance government in Maharashtra, enjoys wide mass support and has been instrumental in strengthening the party in the Thane region. Coming from humble origins, Shinde, a fierce orator and a grassroots leader, is known for highlighting his respect for Shiv Sena and its founder late Bal Thackeray for his rise in Maharashtra politics. The 58-year-old leader, now gone rogue, holds urban development and PWD portfolios in the Uddhav Thackeray-led MVA government.

Who is Eknath Shinde, leader behind Maharashtra political crisis?

Eknath Shinde, born on February 9, 1964, hails from a Maratha family of Jawali in Satara, and was once an auto-rickshaw driver in Thane city adjoining Mumbai. He left his education before completing graduation and soon got associated with the Shiv Sena in Maharashtra after he came in contact with the party’s former Thane supremo Anand Dighe. Bal Thackeray’s staunch Hindutva approach and his persona inspired Shinde to join Shiv Sena in Thane. He soon emerged as a prominent Shiv Sena leader in the Thane-Palghar region.

The sitting MLA from Kopri-Pachpakhadi in Thane city has never shied away from participating in street politics and also has dozens of criminal charges against him such as voluntarily causing hurt by dangerous weapons and rioting, among others.

Shinde became Anand Dighe’s deputy and strengthened Shiv Sena after the sudden death of the latter in 2001. The four-time MLA became a corporator in the Thane Municipal Corporation in 1997 and won his first Maharashtra Assembly election in 2004. In 2005, the leader often seen as the No. 2 leader in Bal Thackeray’s party, was appointed as the party’s Thane district head. Shinde served as the Leader of Opposition in the Maharashtra Legislative Assembly for a brief period in 2014 before Shiv Sena joined the BJP-led government. Due to Shinde’s closeness with Devendra Fadnavis, the BJP fought 2016 elections to all civic bodies in Maharashtra against the Shiv Sena, except for the Thane Municipal Corporation (Shinde’s home turf). His son Dr Shrikant Shinde is the sitting Lok Sabha MP from Kalyan.

Eknath Shinde went “incommunicado” on Tuesday (June 21) morning, following a suspected cross-voting in Maharashtra Legislative Council (MLC) polls a day earlier. He was found camping at a hotel on Dumas road along with over 30 rebel MLAs in Surat city after their arrival on Monday night. Eknath Shinde flew to Guwahati in Assam from Surat early Wednesday morning along with the other rebel MLAs. Speaking to reporters outside Guwahati airport, Shinde claimed he has 40 MLAs. “Here 40 MLAs are with me. Additional 10 MLAs will join me soon. I do not want to criticise any one. We are keen on continuing the Sena founded by late Balasaheb Thackeray,” he was quoted as saying by PTI.

Eknath Shinde while meeting the two representatives of the Shiv Sena– Milind Narvekar and Ravi Pathak– in Surat on Tuesday has reportedly demanded a Shiv Sena-BJP alliance and is likely to join the saffron camp, toppling the Uddhav Thackeray led government in Maharashtra.