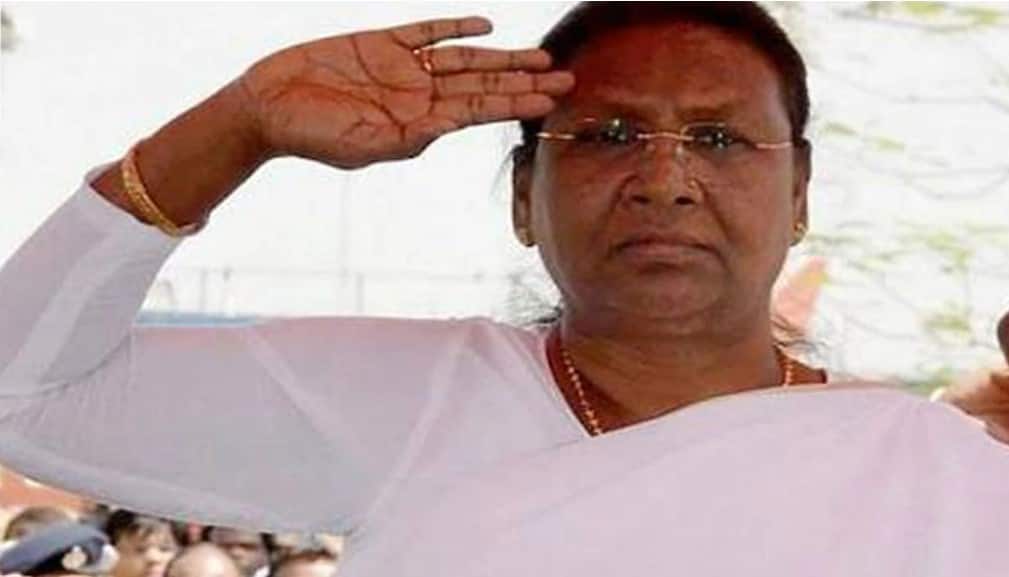 BJP-led NDA on Tuesday announced former Governor of Jharkhand Draupadi Murmu`s name as a Presidential candidate for the upcoming elections. The name was announced after a BJP Parliamentary Board meeting charred by PM Narendra Modi. BJP chief announced the name in press conference.

Draupadi Murmu’s name was also making rounds for the President post in the year 2017 – when she was the governnor of Jharkhand. Murmu’s career in politics spans over 2 decades. The former Odisha minister is the daughter of late Biranchi Narayan Tudu. Draupadi Murmu was awarded the best MLA of the year award by the Odisha Legislative Assembly.

2) Draupadi Murmu was elected as a councillor in 1997

3) In 1997, Draupadi Murmu became the vice-chairperson of the Rairangpur NAC.

4) Draupadi Murmu was later elected as the Member of the Legislative Assembly, Rairangpur, Odisha

5) Draupadi Murmu also served as a Minister of State in Odisha government.

5) Between 2002 and 2009, Draupadi Murmu remained the National Executive Member of the ST Morcha, BJP.

Once elected, she will be the first tribal President of India and the second-ever female President. She is the first major Presidential candidate from Odisha and once elected will become first President of the country from the state of Odisha. The late date for filing nominations for the Presidential election is June 29, the polling will take place on July 18 and the votes will be counted on July 21.