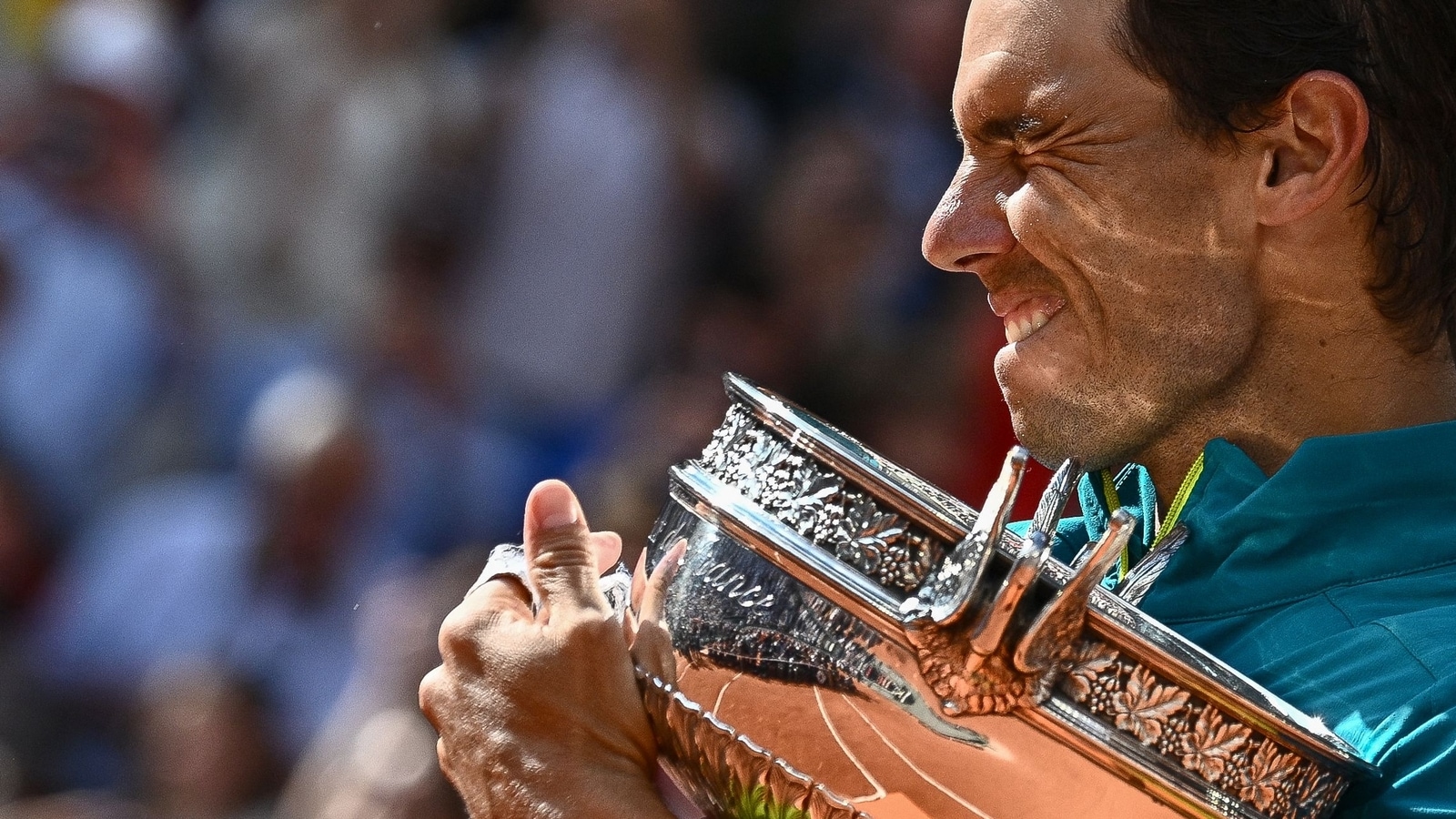 Rafael Nadal is also two Grand Slams ahead of world number one Novak Djokovic, whom he had earlier defeated in the quarter-final.

Rafael Nadal mastered the clay court once again to secure his 14th French Open title on Sunday. The world number five defeated Casper Rudd in straight sets and won the match 6-3, 6-3, and 6-0. With this win, Nadal extended his Grand Slam title to 22, which is the highest among men’s.

Such was his dominance over the 23-year-old Ruud that Nadal won the last 11 games in the final. He is also two Grand Slams ahead of world number one Novak Djokovic, whom he had earlier defeated in the quarter-final.

Nadal came into the latest edition of Roland Garros after hurting his foot in the Italian Open and looked in some discomfort during his match against Felix Auger-Aliassime earlier in the competition.

Soon after his win several tennis icons, including India’s Sania Mirza and Rohan Bopanna, lauded the Spaniard’s impeccable display, which saw him live up to the title of being a G.O.A.T (greatest of all times). Here are a few reactions:

FOURTEEN!!!!!!! #Rolandgarros take a bow @RafaelNadal .. what an incredible champion and ambassador to our amazing sport 👏🏽👏🏽👏🏽

“I don’t know what I would do in terms of injuries if it wasn’t for the team, my family and everyone around me,” said Nadal.

“I would’ve already retired much before if it wasn’t for you.

“I never believed, that I’d be here at 36, being competitive again. Being here, means a lot to me on the most important court in my career. It helps me to keep going.

“For me, it’s incredible to play here. It’s an incredible feeling. I don’t know what can happen in the future, but I’m going to keep fighting to try to keep going,” the French Open champion said after the match