We can write our own history, says Amit Shah 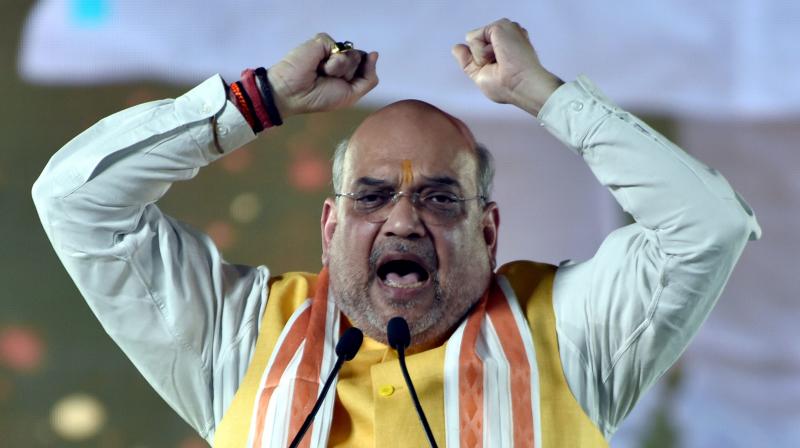 New Delhi, June 10: Most of the historians in India have given prominence to recording the history of Mughals only, ignoring the glorious rules of many empires like Pandyas and Cholas, Union home minister Amit Shah said on Friday and asserted that “nobody can stop us from writing history as we are independent now”.

Asking historians to revive the glory of the past for the present, Shah, while releasing the book Maharana: Sahastra Varsha Ka Dharma Yuddha, said history is not written at the behest of the governments and other books but on the basis of factual events.

Speaking in Hindi, the home minister also said many Indian kings had fought invaders and protected their territories by defeating them bravely but unfortunately this has not found a place in great detail in the history so far.

The battle fought for the protection of the culture, language and religion for 1,000 years has not gone in vain as “India is again standing with respect before the world now and the country’s glory is recognised, he said.

“The Mauryas ruled the whole country — from Afghanistan to Lanka for 550 years. The Satvahanas ruled for 500 years. The Guptas ruled for 400 years and (Gupta emperor) Samudragupta had for the first time visioned a united India and established an empire with the whole country. But there is no reference book on them,” he said. “No one can stop us from writing the truth. We are now independent. We can write our own history,” he said.     — PTI