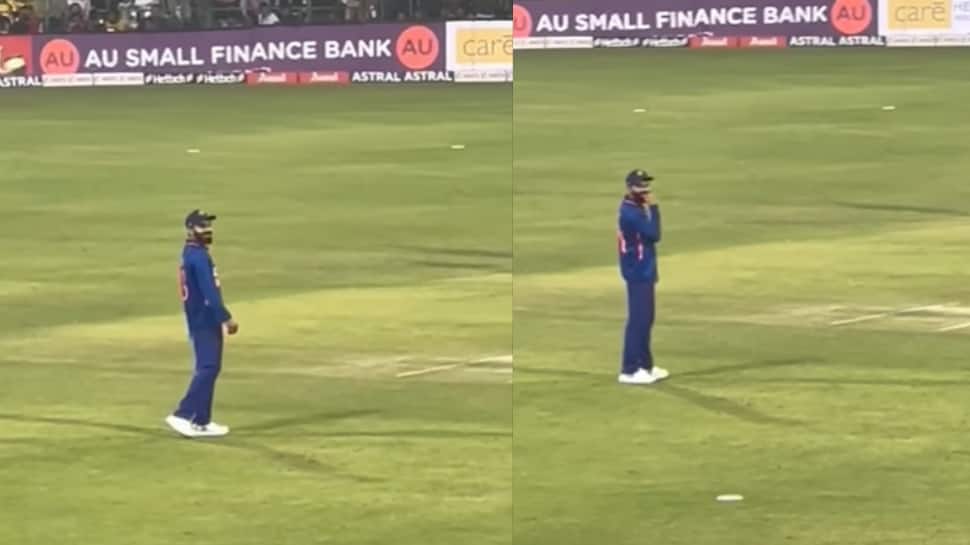 The Indian cricket team fans love their cricketers and some of the love gets passed on by them to the cricketers during the matches at the stadium. But sometimes, fans get too personal with the players. That is exactly what happened in the Indore ODI between India and New Zealand. The group of fans chanted ‘Hamari Bhabhi Kaisi Ho, Sara Bhabhi Jaisi Ho’. The chants were very noisy and could have easily reached Gill. What added to the teasing chants was the reaction of former Indian captain Virat Kohli who was fielding near the boundary ropes.

When the fans made the chant, Kohli looked at them and passed a cheeky smile.

Check out Virat Kohli’s reaction the teasing ‘Sara’ chants for Shubman Gill below:

Shubman Gill smashed another ton in the 3rd ODI vs New Zealand. He scored 112 off just 78 balls to follow up his brilliant double hundred in the first ODI. His innings included 13 fours and 5 sixes respectively. Thanks to his ton and hundred made by Rohit Sharma, India posted 385/9 in 50 overs. New Zealand then got bowled out for 295, losing the match by 90 runs.

‘Sara’ chants are not new to Shubman, who is linked to Sachin Tendulkar’s daughter Sara often after they exchanged likes and comments once on Instagram. But the alleged relationship was never confirmed and the new rumour is that Gill is dating another Sara, the bollywood actress Sara Ali Khan. The two were spotted at a restuarant on a lunch date and then at an airport and hotel.

After successful ODIs vs Kiwis, Shubman will be hoping to continue the good show in the T20Is too which start on January 27 at Ranchi, the home town of former Indian captain MS Dhoni.