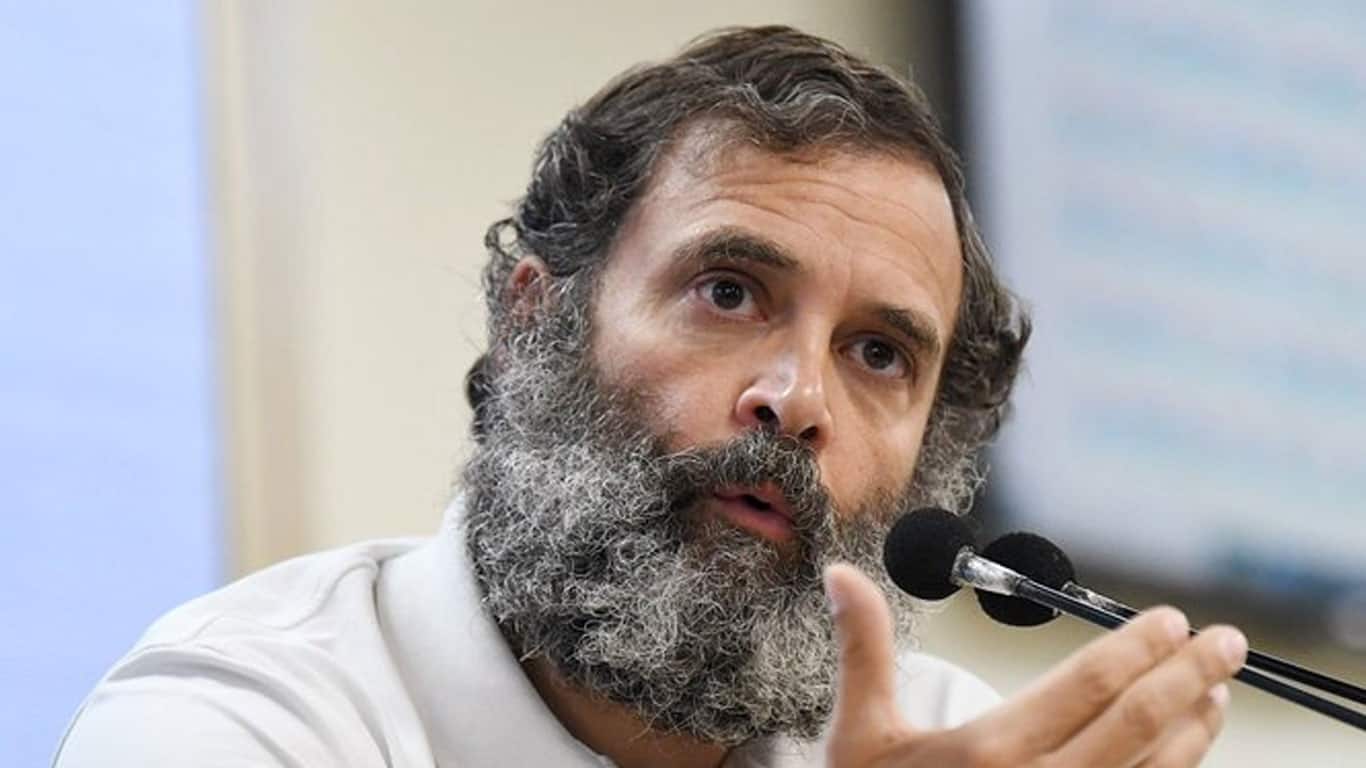 Jammu: Congress leader Rahul Gandhi, who is in the final leg of the Bharat Jodo Yatra, has said that his party’s pan-India march has achieved tremendous success in “changing the narrative” in the country and brought crores of people together to denounce hatred and spread the message of love. The Congress Wayanad MP also accused the ruling BJP t the Centre and its parent organisation – RSS – of creating an atmosphere of hatred in the country and stated that suppressing or frightening people cannot stop the truth from coming out.

“The yatra has achieved something fundamental, very powerful and what the yatra has done cannot be changed. It has shown that there are two visions of India, one is hate-filled, arrogant and cowardly and another is love-filled, embracing and brave. It (yatra) has made these two visions absolutely crystal clear,” Rahul Gandhi told a press conference here.

The Bharat Jodo Yatra, which was started by Gandhi from Kanyakumari on September 7, completed its 130th day on Tuesday and left Jammu for Kashmir, where the former Congress president will unfurl the tricolour at party headquarters in Srinagar on January 30 to mark the end of the marathon march.

“Millions of people have walked in support of this yatra, which has changed the narrative in the country. The fundamental fact is that the yatra has been successful and brought India together and shown Indian people believe much more in love and affection,” Gandhi said.

Raining his guns at the BJP-led NDA government at the centre, Rahul Gandhi said the sole aim of the yatra is to unite the people against the atmosphere of hatred “created by the BJP and the RSS across the country” and concentration of wealth to a chosen few resulting in inflation and unemployment. “We have a good yatra which is concluding in the next few days. We learnt a lot from it,” he said.

Replying to a question about the controversial BBC documentary ‘India: The Modi Question’, the Congress leader quoted Hindu religious books and said that the truth cannot be hidden.

“The truth always comes out even if you ban, suppress the press, control the institutions, use CBI, ED. Still, the truth shines bright. It has the nasty habit of coming out. So no amount of banning or frightening people can stop the truth from coming out,” he said.

Responding to a question about the recent statement of the defence minister that Gandhi is spreading hatred to gain power and tarnishing India’s image on international platforms, he said his heart is not filled with hatred.

“I do not understand how the padyatra across the country that unites the people, bringing them together is harming the interests of India. I can see how hatred and violence the Rajnath Singh’s party is spreading, harming communities, castes and genders and defaming the nation,” he said.

The Congress leader said Rajnath Singh is in a party, where he needs permission from the top leadership to speak on anything. “He has no choice in the matter, and it is nice he has expressed his opinion which he has done on the orders from the top.”

Defending his stance on political issues and targeting of BJP during the ongoing yatra, he said Congress is essentially a political party and political things are going to crop up when you are engaged in such an endeavour. “People are meeting me and raising their problems. It is now my responsibility to rake up their issues for redressal,” he said.