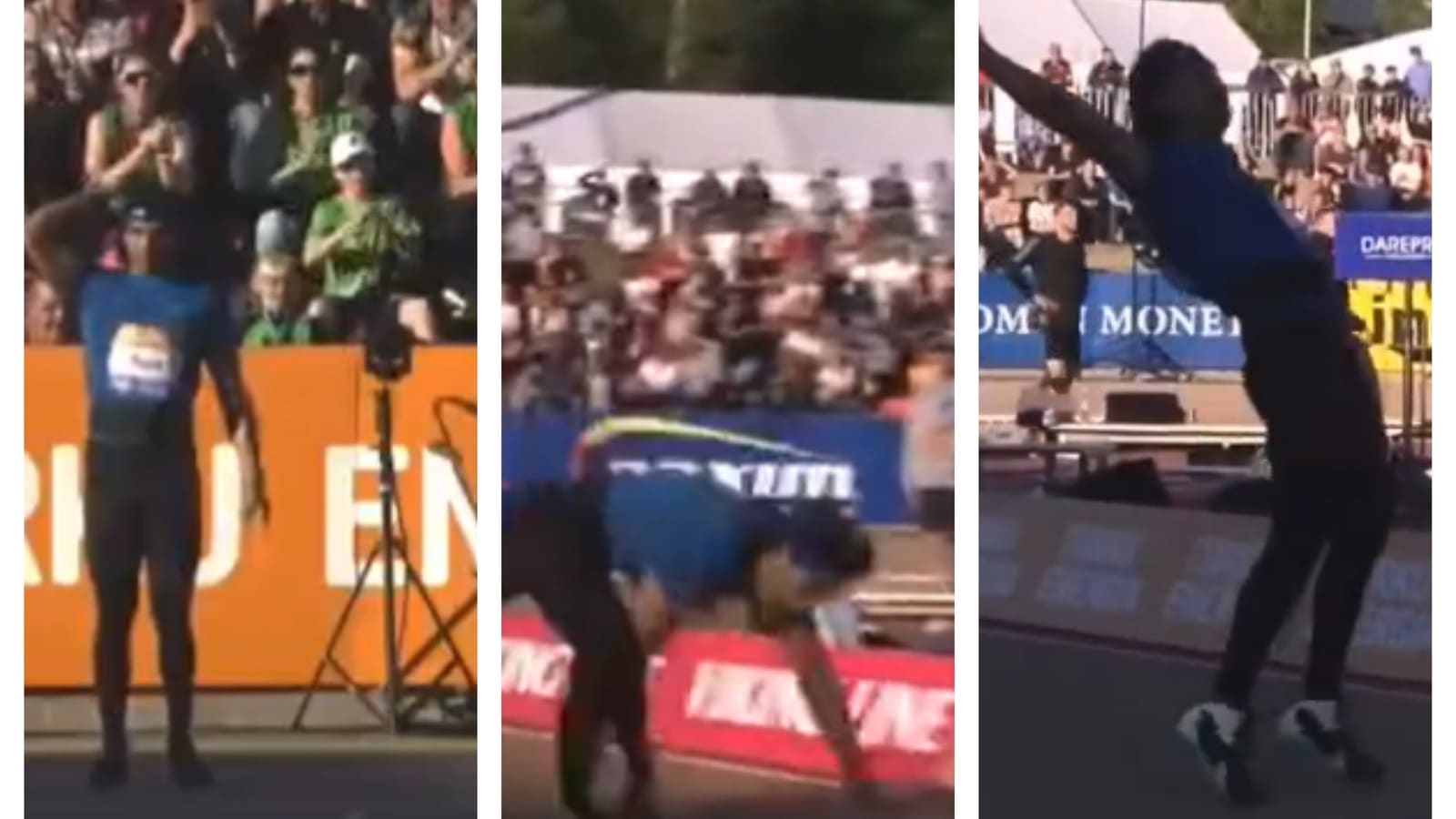 With a capacity crowd cheering and clapping, Olympic champion Neeraj Chopra ran in with his locks of hair flowing in the breeze. The javelin appeared light in his strong arms. The momentum that he gathered with his short yet smooth run up was perfec. In fact, better than the throw that earned him an Olympic gold in men’s javelin throw event last year. A hard release and then a roar. Chopra knew he had thrown something special. Again. A stunning 89.30m shattering his national record and placing him second in a star-studded field at the Paavo Nurmi Games in Turku, Finland.

In his first competitve event since the Tokyo Olympics 10 months ago, Chopra nearly the touched the coveted 90-metre mark He took another step toward establishing himself as one of the greatest athletes the country has ever produced.

Chopra’s earlier national record was 88.07m which he had set in Patiala in March last year. He had won the Tokyo Olympics gold with a throw of 87.58m on August 7, 2021.

He opened with an impressive 86.92m before sending the spear to 89.30m. His next three attempts were fouls while he came up with 85.85m in his sixth and final throw.

Finland’s 25-year-old Oliver Helander, who has a personal best of 88.02m and season’s best of 80.36m, was the surprise gold winner with a best throw of 89.83m which he produced in his second attempt.

Chopra’s 89.30m effort will take him to fifth spot in the world season leaders’ list.

Reigning world champion Anderson Peters of Grenada, the pre-event favourite with his world leading monster throw of 93.07m while winning gold in the Doha Diamond League last month, was third with a best effort of 86.60m. This was Peters’ first defeat after seven wins on the trot this season.

2012 Olympic champion Keshorn Walcott of Trinidad and Tobago was fourth with a best throw of 84.02m, followed by Germany’s Julian Weber (84.02m) and Czech Republic’s Tokyo Olympics silver medallist Jakub Vadlejch (83.91m), who had won silver in Doha with a throw of 90.88m.

Chopra’s rival and friend Johannes Vetter of Germany, who has a maximum number of 90m-plus throws among the active javelin throwers, was set to take part in the Paavo Nurmi Games but had withdrawn.