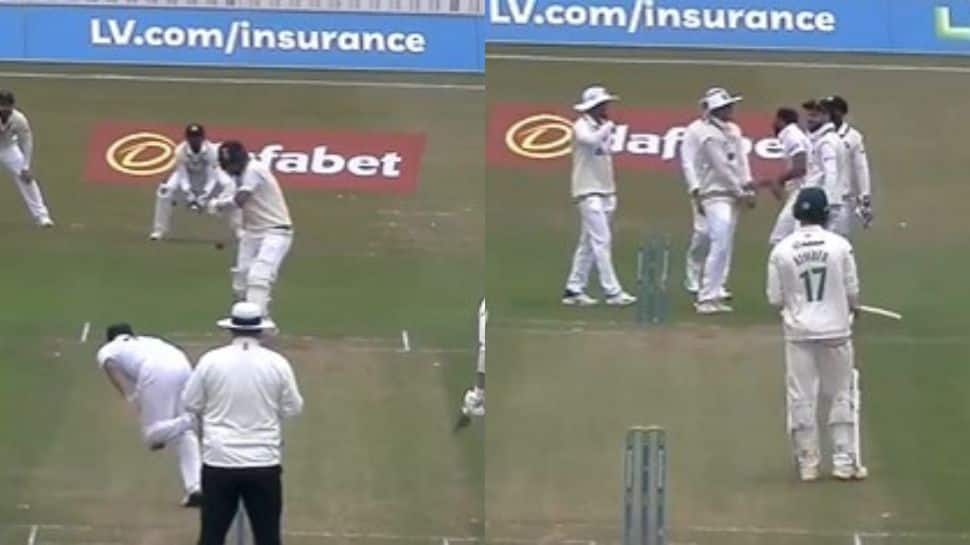 India pacer Mohammed Shami clean bowled his teammate Cheteshwar Pujara on Day 2 of India vs Leicestershire practise matches at the Grace Road, Leicester on Friday. Shami removed Pujara on a duck. The batter gets an inside edge and the ball is dragged back onto the stumps. Earlier, Shami dismissed, Leicestershire’s Evans with a good length delivery. Evan edges straight to the first slip where Virat Kohli takes an easy grab.

Earlier on Day 1, KS Bharat ensured that India did not lose momentum despite the wicket of a set Virat Kohli for 33. He found support from Umesh Yadav (23) and Mohammed Shami (18 not out) in stands of 66 and 32, and ended the day unbeaten when rain forced an early end.

The reserve wicket-keeper led India’s recovery after they lost their first five wickets for 82 runs. Bharat along with Kohli steadied India with a 57-run stand but the partnership ended after Roman Walker dismissed the former India captain out LBW. The 21-year-old pacer then dismissed Shardul Thakur to complete a five-wicket-haul (5 for 24) and trouble India on a tricky surface.

Earlier, India found a way to give almost all of their players game-time in the only practice match available to them by having four of them play for Leicestershire.

However, India’s top order failed to deliver as the top five batters were back with just 85 on the board. Rohit Sharma, Hanuma Vihari and Ravindra Jadeja fell to Walker.

Rohit (25) once again got out on the hook, while Shubman Gill, who got a start but departed for 21 and Iyer who endured a first-ball duck, edged while playing away from their bodies.

Kohli’s outside edge looked suspect before he was beaten on the inside edge, and Hanuma Vihari got stuck and didn’t look like he had scoring options. On the other hand, Jadeja was caught on the crease to an inswinger, trapped right in front.