Watch: Federer’s golden reaction as fan shouts ‘Hey Roger! I have a tattoo of you on my skin’ 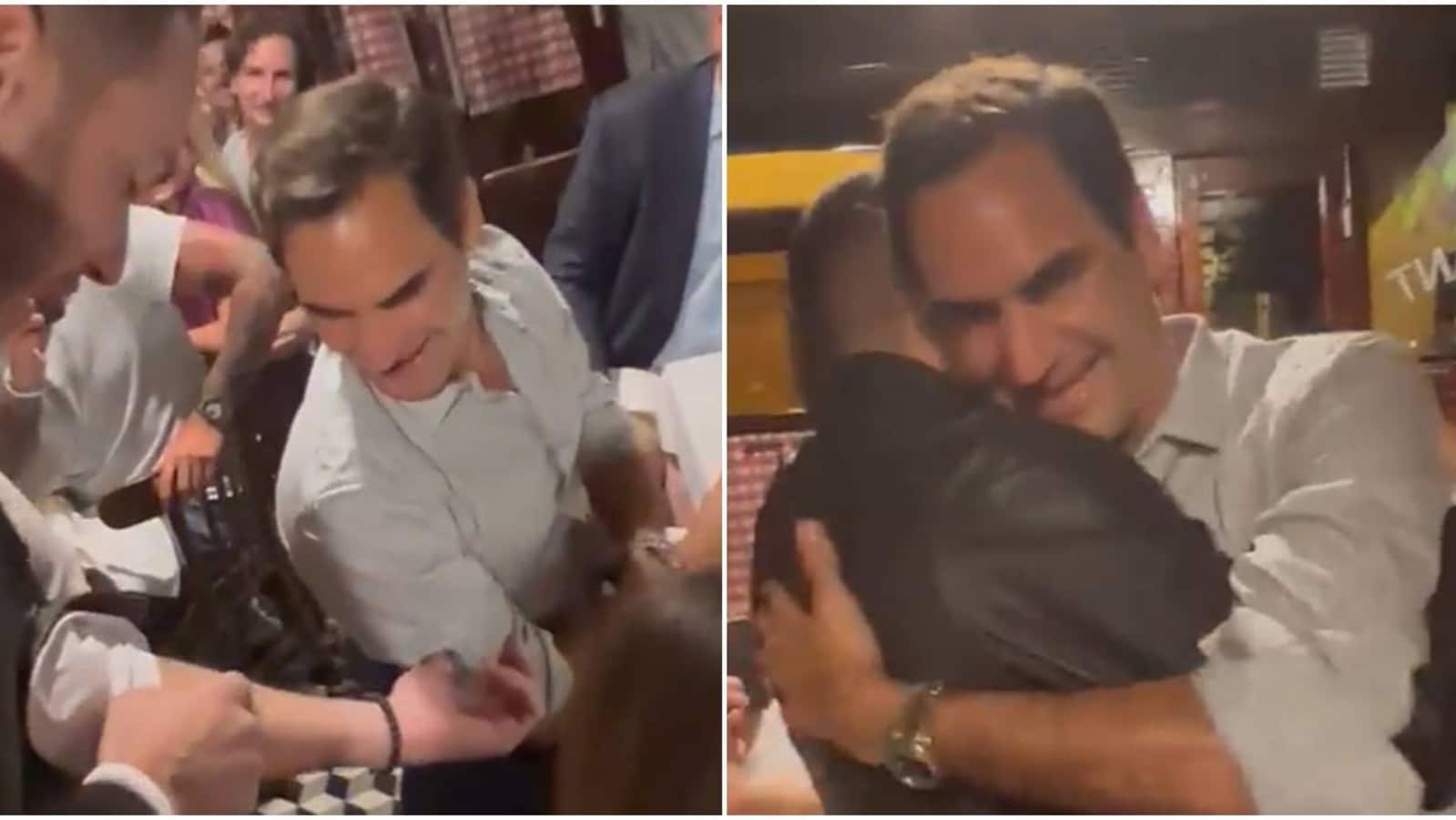 Roger Federer’s appearances on the tennis court may have dwindled over the last two years due to recurring injuries but the Swiss great remains a fan favourite. This was on display recently when a fan approached Federer in a restaurant to show him a tattoo on his arm, which was a quote from Federer written underneath a tennis court.

“There is no way around Hard Work, Embrace it”. Roger Federer,” is the message written on the fan’s arm.

“Hey Roger! I have a tattoo of you on my skin. You are my biggest inspiration and I didn’t expect to meet you here. I really do have a tattoo of you,” the fan can be heard saying in the video standing accross the room from Federer. He is encouraged by other customers tom show it to Federer upon which the fan walks up to him.

“Are you kidding me?” says Federer with a smile before getting up and embracing the fan.

The ATP later posted the video on their social media handles as well.

Former world number one Federer, who will be 41 in August, has not played since July last year, when he was knocked out of Wimbledon in the quarter-finals against Hubert Hurkacz.

“Yes, definitely,” Federer told Tages-Anzeiger when asked if he wanted to return to the ATP tour in 2023. “How and where, I don’t know yet. But that would be the idea.

“I haven’t planned more than the Laver Cup and Basel yet. After Basel, the season is over anyway. It’s important for me to get fit again so that I can train fully. Once I’ve done that, I can choose how many tournaments I play and where.