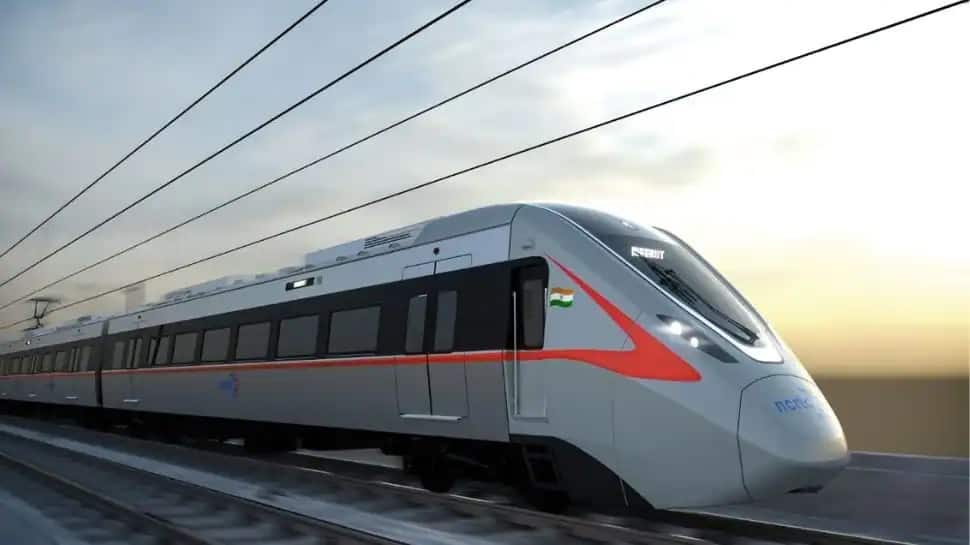 The Delhi-Meerut Rapid Rail Transit System is a high-speed rail network that will be India’s first rapid urban network. The under construction railway line will start from Delhi and connect Meerut in Uttar Pradesh passing through Ghaziabad, Modinagar and Muzzafarnagar. While the modern trainsets to be deployed by NCRTC for the RRTS corridor are able to achieve a top speed of 180 kmph, the tracks are were not ready to test the trains to their full capability. Now a video has surfaced on Twitter, showcasing India’s first rapid regional rail conducting a high-speed run, passing through an under construction RRTS train station at 150 kmph speed.

This confirms that the RRTS trains, once operational will be the fastest rail in India, surpassing Vande Bharat Express. The Vande Bharat Express is also designed to achieve a top speed of 180 kmph, but the safety limitations on rail tracks limits the top speed of the Vande Bharat trains at only 130 kmph. The RRTS, on the other hand, will be an elevated railway line with no public interference and hence can achieve more than 150 kmph speed without much problems.

The video with no date or location is shot from an unknown station where the RRTS train approaches and leaves the station in a fraction of second. Reports indicate the speed is 150-160 kmph. The RRTS trains are the India’s fastest metro trains and will also be the first regional rapid rail. Currently, NCRTC, the parent body of Delhi-Meerut Rapid Rail is conducting trial runs at Duhai Depot.

Made by Alstom, the first trainset was dispatched from Savli in Gujarat on June 3, 2022 and was received by National Capital Region Transport Corporation (NCRTC), after travelling by road for 10 days. The first train set of RRTS was handed over to the NCRTC by Modi at an event organised at the manufacturing unit in Savli in the Vadodara district.

Recently, the first rake of Delhi-Ghaziabad Rapid Rail Transit System (RRTS) underwent night trial. The video was shared on twitter and has left netizens even more eager for the arrival of the train.