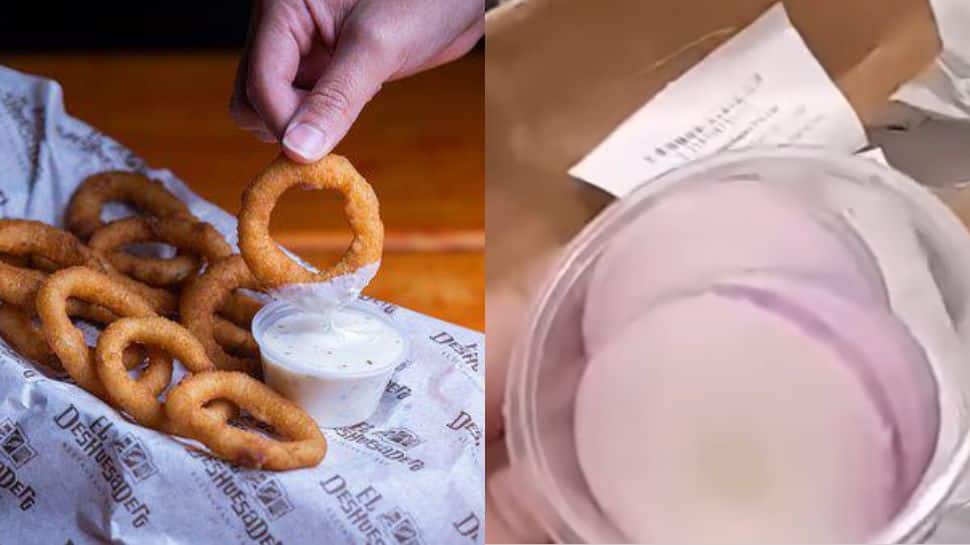 New Delhi: We all must have heard stories about users ordering something online and receiving a totally different item. In yet another incident of online order fails, a Delhi man who ordered fried onion rings online received kachcha pyaaz or raw onion instead. The man shared the funny incident in a video on the social media platform Instagram. The video instantly took the internet by storm, with many Instagram users flooding the comments section with savage replies and hilarious memes. However, others found the incident disappointing.

The Instagram user, who goes by the name Ubaidu on the social media platform, shared the video on Thursday, June 17. His video, which was posted as IG Reel, is viral on Instagram, with more than 2,570 likes and close to 100 comments. (ALSO READ: Swiggy agent sends ‘MISS YOU’ texts to woman, company replies)

In the video, he showed that he received raw onions diced into rings for an online order of onion rings, which are supposed to be fried. However, he didn’t mention the name of the restaurant from which the order came. (ALSO READ: Unacademy fires 150 employees from its PrepLadder team in 2nd round of layoffs: Report)

“Onion as crying is no more a metaphor guys,” he said in the caption of the video. Many users shared funny replies to his video. One user said, “that’s why I have trust issues.”

“PLEASE technically you got what you wanted besides Ubaidu why would you pay 10 rupees an onion ring. Like. You can make it at HOME FOR LESS,” another user pointed out.

Online order fails are indeed more common than one might think. For instance, you may have heard of buyers ordering brand new Apple iPhone models and receiving soap bars inside the box or people getting delivery of duplicate products. No doubt, it’s frustrating for the customers. But for the internet, it’s amusing.