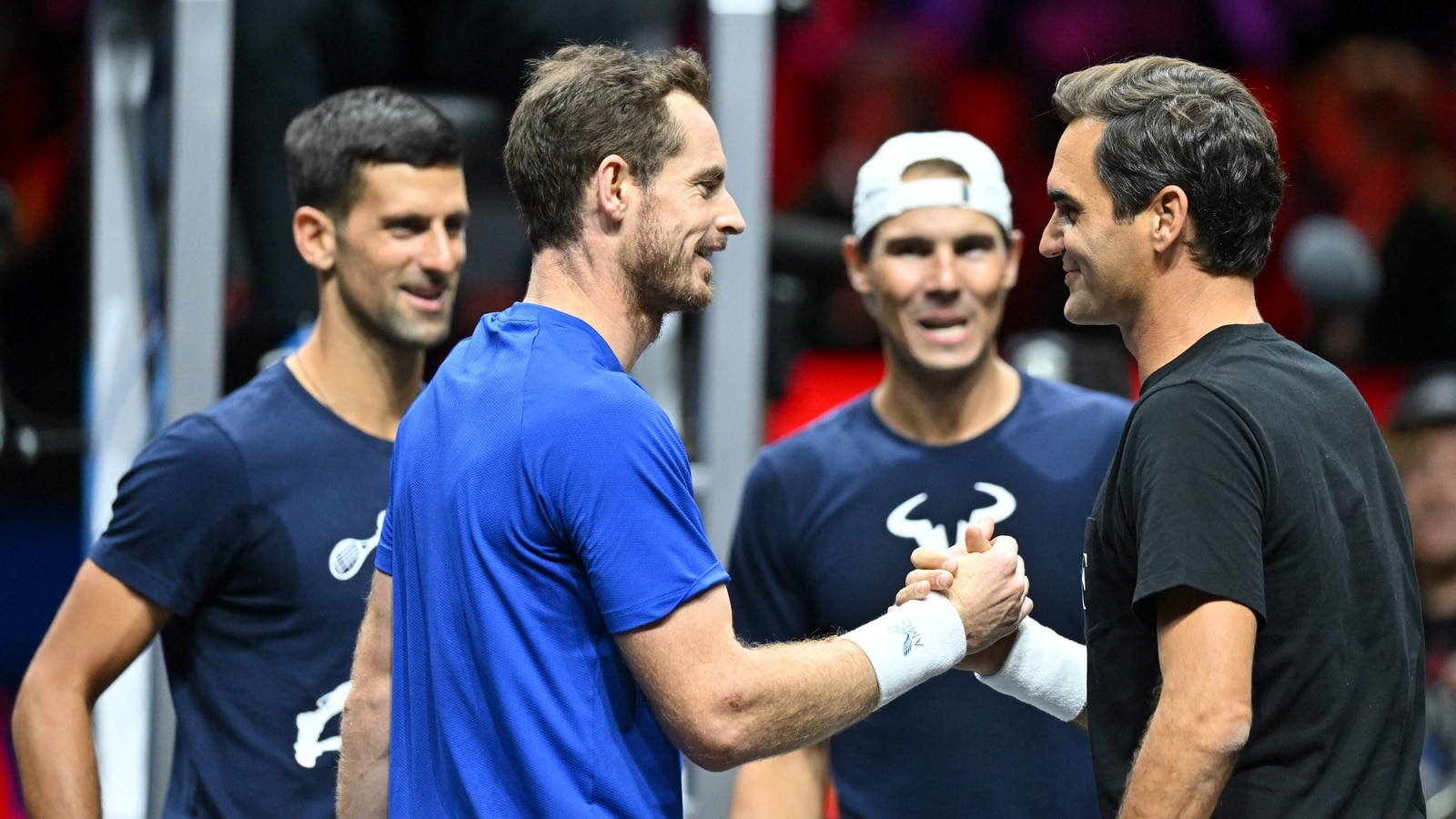 The 2022 edition of the Laver Cup holds utmost importance in tennis history for two reasons. The tournament will mark the end of Roger Federer’s illustrious career with the Swiss legend playing his last on Friday at the O2 Arena in London. The tournament also managed to unite the Big Four of men’s tennis for the first time ever as part of the same team and for the first time in a single event since 2019 Australian Open. And ahead of the Laver Cup opener on Friday the Big Four had an epic practice session in London where Federer and Rafael Nadal took in Novak Djokovic and Andy Murray.

The Laver Cup had an open practice day on Thursday with Team Europe and Team World gearing up for the opener on Friday in front of a packed house where all eyes were the Big Four. Team Europe’s practice session took place shortly after the Day 1 line-up was announced where it was confirmed that Federer would team up with Nadal in his career’s last match.

“I am super excited to have them [the other Big Four] on our team and my team and not having to play against them in my last match,” Federer said during the Team Europe pre-tournament press conference. “Of course, it’s super special playing with Rafa. Feels really different, you know.

“Also just walking out on court and having the chance to play with the likes of Rafa or Novak also in the past has been an amazing experience for me. So to be able to do that one more time, I’m sure it’s going to be wonderful.”

While the others had arrived a few days before the Laver Cup, Nadal had arrived on Thursday owing to “a tough personal situation”.

“At the end, living this moment will be difficult. Of course I am super excited and grateful to play with him… I just think I gonna try to do my best in every single way, to help to have this moment even more special than what it’s gonna be.”

The Laver Cup 2022 will kick off with Team Europes Casper Ruud and Stefanos Tsitsipas taking on Jack Sock and Diego Schwartzman respectively in the singles ties before Murray will kick off the night session with his match against Team World’s Alex de Minaur. Rafa and Roger will finally take on Sock and Frances Tiafoe in the last match of Day 1.

India Legends vs Australia Legends Live Streaming: When and where to watch IND-L vs AUS-L in Road Safety World Series T20 2022 semi-final match...

Feds tell Canadian hockey players with KHL teams in Russia, Belarus to get out