Watch: Another day, another medal! Neeraj Chopra wins his first gold of the season with 86.69m throw in Kuortane Games 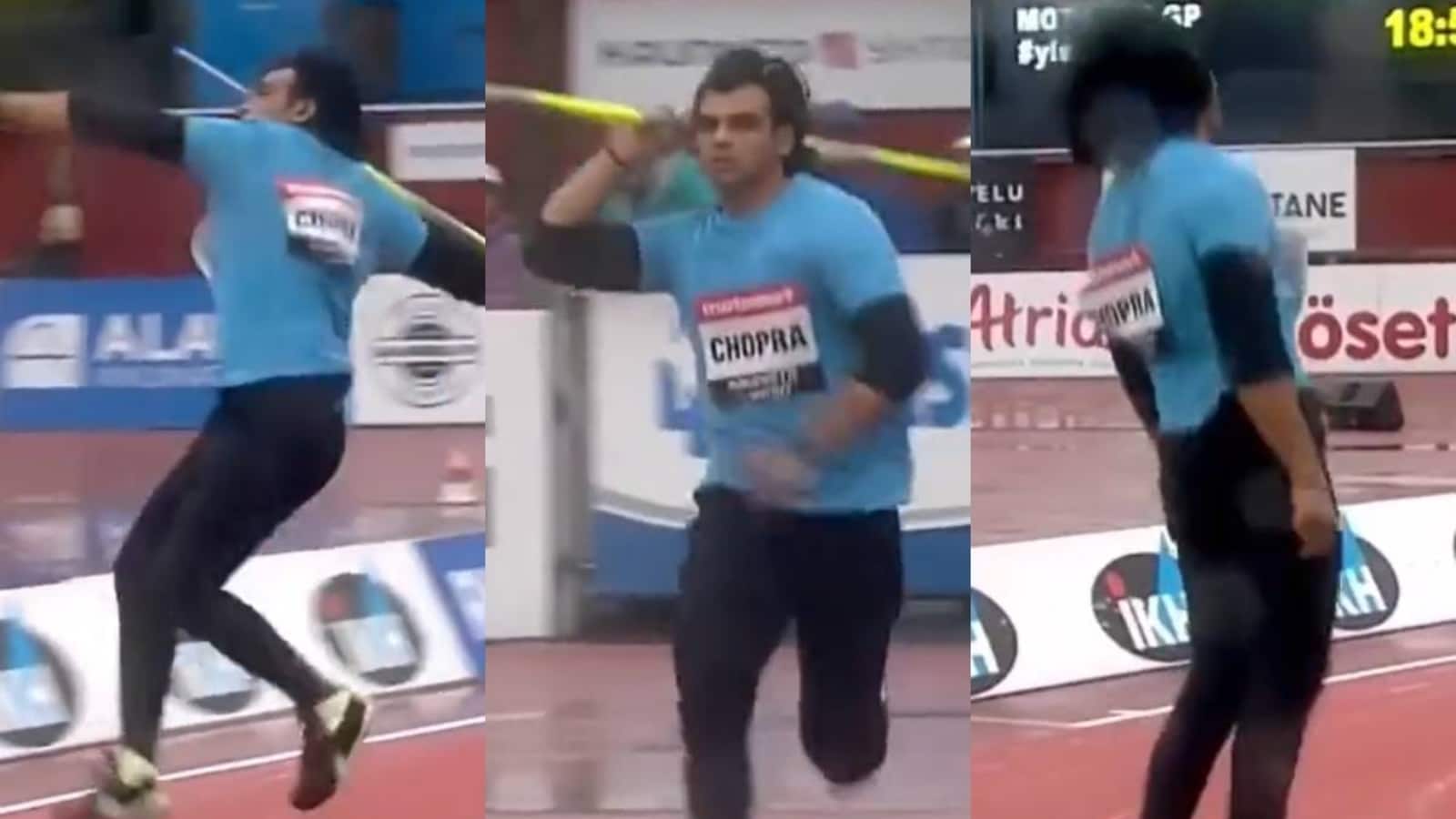 Just four days after Neeraj Chopra bagged the silver medal in the Paavo Nurmi Games in Turku despite making a National record-scripting throw, the Olympic champion bagged his first gold medal this season in the men’s javelin event at the Kuortane Games in Finland on Saturday as he beat reigning world champion Anderson Peters of Grenada for the second time this week.

Neeraj finished top of the podium in the discipline after a 86.69m throw which was made in his very first attempt in the rain-hit Kuortane Games. 2012 Olympics champion Keshorn Walcott of Trinidad and Tobago finished second with an opening throw of 86.64m while Peters finished third with a 84.75m, which also came in the opening round.

The 24-year-old Tokyo Olympic champion’s next two throws were disqualified and he made only three attempts. Implying that his only legal throw in the event was enough for him to bag the top spot and finish with the elusive gold medal.

His throw was not as big as the 89.30m effort while finishing second in the Paavo Nurmi Games in Turku, Finland, in a star-studded field but the win will surely boost his confidence ahead of the Stockholm Diamond League on June 30.

Finland’s Oliver Helander, who won javelin throw competition in Turku with an effort of 89.83m, did not turn up though his name was entered.

Reigning Asian and world para javelin champion Sandeep Chaudhary, who was also training at the Kuortane Olympic Training Centre along with Chopra, also took part in the competition and finished eighth with a best throw of 60.35m.

Chopra’s first competitive event after just over 10 months was nothing short of extraordinary as he nearly touched the coveted 90m mark, considered the gold standard in the world of javelin throw.

Chopra’s earlier national record was 88.07m which he had set in Patiala in March last year. He had won the Tokyo Olympics gold with a throw of 87.58m on August 7, 2021.