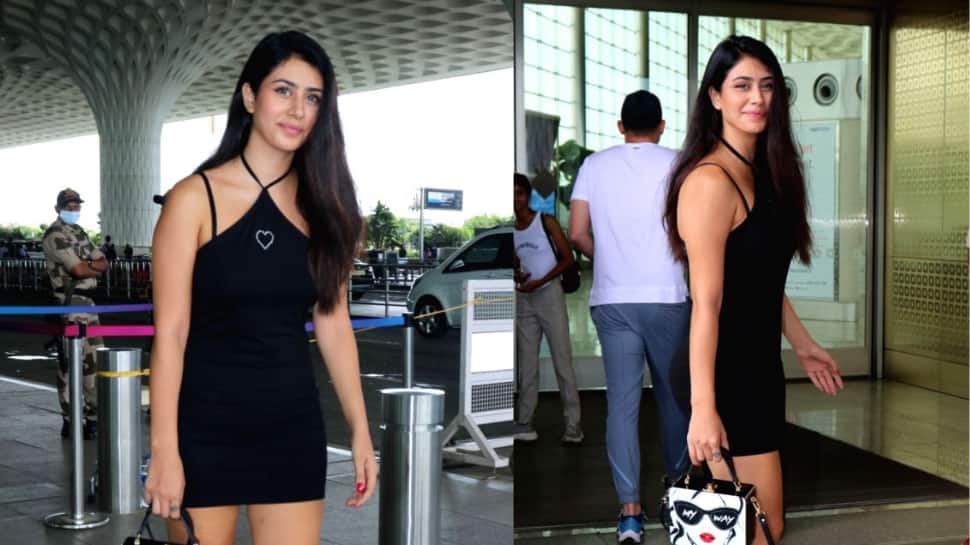 New Delhi: ‘Loveyatri’ actress Warina Hussain grabbed limelight with her latest airport look. Warina was seen wearing a sassy black halter-neck one-piece, with a small heart design on the front. The ensemble hugged her tone figure pretty well. Along with that, the actress opted for subtle makeup with her tresses kept open. Warina wore red sandals and rounded off her entire look with a funky bag.

Check out her photos:

On the work front, the actress has many exciting projects that are coming up, which include web series and films. However, no official announcement has been made by her team until now.