Violence could have been prevented: Officials 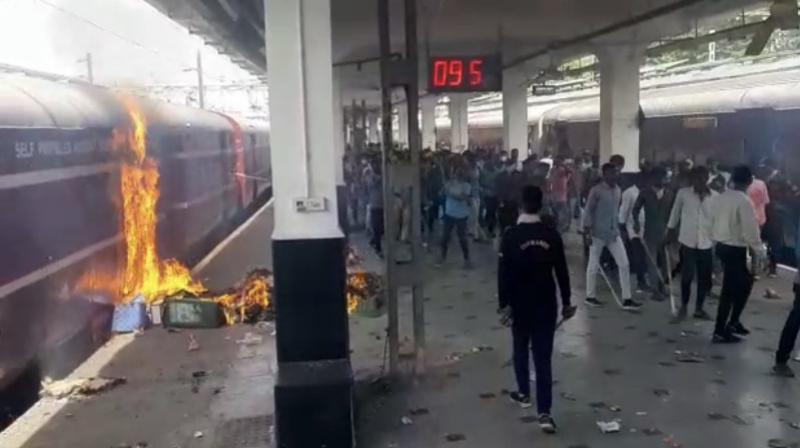 HYDERABAD: The violence which took place at Secunderabad Railway Station on Friday could have been averted if the police had acted early, according to sources.

Lack of coordination between the Government Protection Force (GPF) and the Railway Protection Force (RPF) and limited staff led to one-hour delay in reacting and alerting paramilitary forces. Apart from this, the attack was unexpected and created panic among the limited railway police personnel deployed at seven entrance gates of the station.

The GRP personnel first alerted the RPF, who in turn alerted the Gopalapuram police for support after the situation got out of control, the railway police said.

A railway constable said, “We panicked as one group entered the main gate while the other two groups from separate gates with passengers, running across tracks. We were confused about what happened.” He said though the law and order police from Gopalapuram police station rushed to the spot, the number of police personnel was very few. “We didn’t have a choice but to wait for paramilitary forces which came one hour late, but damages were already done. However, forces acted swiftly and avoided further devastation,” the railway constable said.

By 10.25 am Railway Special Force (RSP), Rapid Action Force (RAF) and Central Reserve Protection Force (CRPF) reached the spot. By then the RPF had five agitators in custody while GRP took another five into custody. The investigation into the incident will be conducted jointly by the GRP and the RPF.

Separate teams were formed and 46 agitators were arrested and remanded for an 18-day judicial custody. The police identified other accused and launched a manhunt, said Sandeep Shandilya, additional director general of railway police.