Viktor Axelson, badminton world No 1 and a ‘smash’ hit 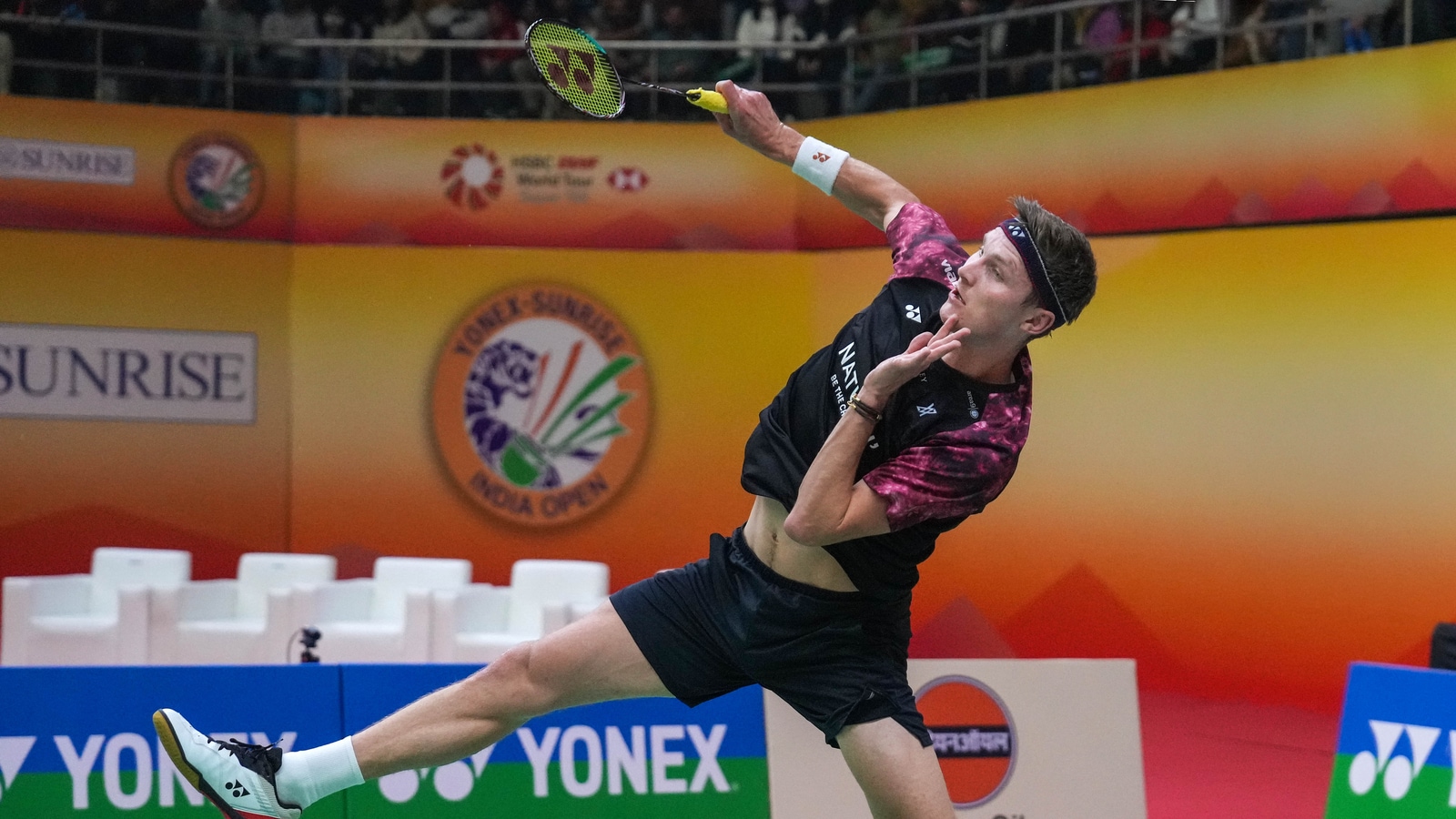 The capacity crowd alternates between ‘Let’s go, Viktor’ and the rhythmic replication of the ‘Sachin, Sachin’ chant. Viktor Axelsen acknowledges them with a wave of his racquet, a generous nod and a mandatory mention in the media. The scene played out on a loop all five days of the India Open that Axelsen took the court, its intensity multiplying each day. To call him a crowd favourite would be lazy. To say he was the beating heart of the pulsating atmosphere won’t be an exaggeration.

The reasons for his fandom go beyond the famous shirtless act that made him an instant hit at this venue four years back. His aggressive strokeplay, for one, is a crowd-puller. Each time Axelsen shaped for a smash, the crowd waited in hushed anticipation. His jump smash, perhaps the most lethal on tour currently, would invariably send fans into delirium and the opponent flailing.

In a two-year-old video posted on his YouTube channel, Axelsen breaks down the execution of a perfect smash. “Imagine your body as a bow,” he says, arching his back. The left arm goes up to size up the trajectory of the incoming shuttle, the right elbow is almost level with his face, and the right hip rotates to the left, making sure the power flows into the shot. “Hip, elbow, arm,” Axelsen says repeatedly.

Now, rewind to the second game of his India Open semi-final against Jonatan Christie. Leading 5-2, Axelsen rips a brute of a smash that hits Christie on his chest. The courtside screen reads 383 kph. “Hip, elbow, arm.” Then at 11-9 in the same game, he fires a 387 kph smash to Christie’s backhand. The Indonesian dives in vain as the shuttle whizzes past. It was a perfect execution by Axelsen, coiling his body as a bow before uncoiling, not unlike flexible javelin throwers Thomas Rohler and Neeraj Chopra.

The technique helps Axelsen put the entirety of his tall frame, and not just his arms and shoulder, into the shot while his flexibility ensures he is back in power position the very next instant to defend. It’s an aspect he has especially worked on since Tokyo Olympics where he took the men’s singles gold.

“After the Tokyo Games, he has intensified his technical training. We practice for 4-6 hours every day. We have worked a lot on his attacking game. He likes his smashes a lot but cross court forehand is his favourite shot,” said his coach and father-in-law, Henrik PK Rohde.

It’s no con-incidence that his renewed focus on attack overlaps with Axelsen’s undisputed reign. Since the Tokyo Games, Axelsen has featured in 23 international tournaments, making the final 13 times. He has won 12 of those; the lone loss coming against Thailand’s Kunlavut Vitidsarn here on Sunday. The win-loss record since the Olympics reads 84-9. That’s an average of one loss every two months.

So, does that translate into invincibility? “I don’t think he is unbeatable. It’s just that he is playing at a very good level these days,” world No 12 Lakshya Sen said last week. Sen remains one of the four players who have beaten Axelsen since Tokyo; compatriot HS Prannoy, Loh Kean Yew and Vitidsarn are the others.

Vitidsarn was more realistic in his assessment of the world No 1. “I am looking to learn from him as much as possible,” the Thai said ahead of the India Open final. Two days later, coming into the match with a 0-6 head-to-head record, he beat Axelsen in three games.

The tactics were simple. Denying Axelsen the time and length to line up smashes. Vitidsarn rarely played from the backcourt, trusting his defence to return powerful forehands or smashes from the centre of the court. “I tried to keep the rallies short and attack more,” he said.

The one-off loss as well as the late pull-out from this week’s Indonesia Masters are unlikely to move Axelsen from his world No 1 ranking, which he has held since December 2021. With 114006 ranking points, he has no challenger on the horizon. World No 2 Lee Zii Jia is 37,418 points behind.

To put that gulf in perspective, a mere 299 points separate No 2 and No 3. The nine players between No 2 and No 10 are separated by 18,358 points. His competitors could be excused for mistaking Axelsen’s match day tweets — he simply posts a picture of his morning espresso with the caption ‘game day’ — for a death knell to their chances.

“He is surely a cut above the rest. On current form, Axelsen is way ahead of the pack while there is little to choose between No 2 to No 10,” Danish veteran Hans-Kristian Vittinghus said of his compatriot.

“He was always driven, but over the past 12-18 months, he has simply taken off. At this level, skills are pretty much the same across the circuit. What differentiates him is his mental strength and physical presence. He has developed into this monster with an imposing physique. Then, there’s an aura around him that comes with winning regularly.”

Axelsen’s 6’3″ frame is put to punishment by US-based fitness expert Sean Casey who has been training the Dane for seven years now. “Of course, Viktor’s training methods have changed over the years and even after the Olympics. Casey has had a huge rule to play in his success,” said Rohde.

“Viktor doesn’t think he can’t be beaten, and that’s what pushes him. Also, he is very close to his family and plays each game for them,” the coach added. The Viktor juggernaut and the Viktor mania look unlikely to stop anytime soon.