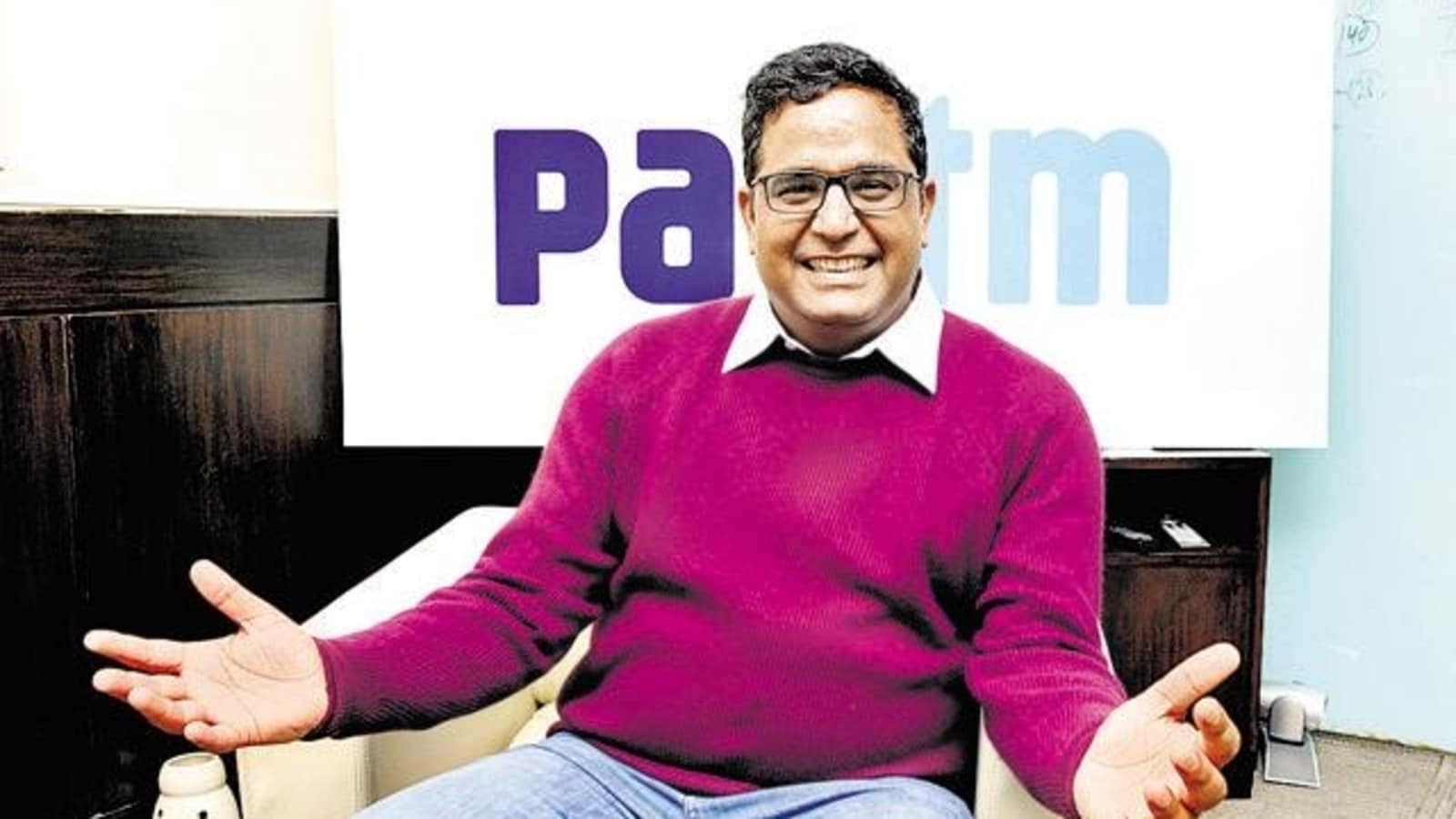 One97 Communications Limited, the company which owns the online payment app brand Paytm, will continue to be helmed by its managing director and chief executive officer Vijay Shekhar Sharma for five more years. Paytm, the poster boy for India’s tech startups, has lost more than 60% of its value since its high-profile initial public offering in November as it has struggled to convince investors of its earnings potential.

During the company’s 22nd annual general meeting, the shareholders voted with 99.67 per cent majority in favour of Sharma’s reappointment as the managing director and the CEO, Paytm said in a statement.

In February this year, the Securities and Exchange Board of India (SEBI) had made it voluntary for India Inc to have a separate chairperson and managing director or CEO. In its statement, Paytm said that the resolution for Vijay Shekhar Sharma’s remuneration received 94.48 per cent votes in his favour.

“We are thankful to our shareholders for their unwavering support and faith in our leadership. We remain committed to building a large, profitable company and creating long-term shareholder value, while driving financial inclusion in the country,” the company statement quoted the spokesperson.

Sharma in his letter to the shareholders on April 6 had said that his employee stock ownership plan (ESOP) will vest only when the market cap of the shares crosses the IPO level.

Thank you to our shareholders for a heartening response to our first AGM as a listed company. With overwhelming support, our MD & CEO Vijay Shekhar Sharma will continue to lead and guide us. All resolutions from our 22nd AGM have been duly passed.https://t.co/tQmlxphHoy

During the annual general meeting on Friday, Sharma had told the shareholders that the parent company One97 does not influence the price at which the stock trades but the management is making efforts to make the firm profitable.

Sharma had said till 2018-19, the company was in expansion mode and it entered into the monetisation mode from 2019-20, according to participants who attended the meeting, PTI had reported.

Sharma said as the company has committed earlier, Paytm will post operational profit in the quarter ending September 2023.

“Share price movement is not influenced by us. There are several factors. Company’s profitability plays a very important factor in it. Company’s growth plays an important role in it but these two are not the only factor for share price,” he told shareholders.

Harsha Engineers Listing: Shares Rise 36% on Debut; Should You Buy, Sell or Hold?