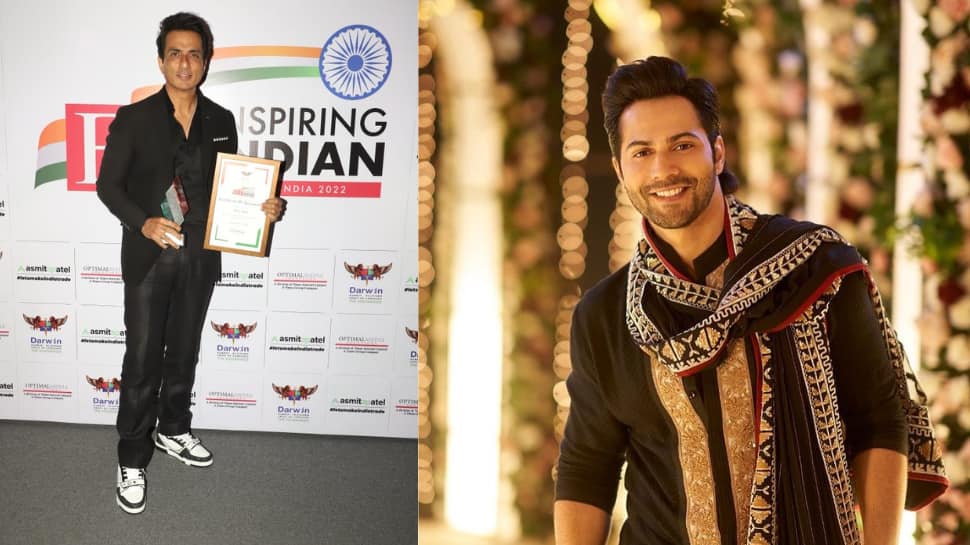 New Delhi: Actor Varun Dhawan dedicated his ‘Gamechanger of the Year’ award to actor-philanthropist Sonu Sood at the recently held ET Agents of Change award ceremony held in Mumbai. Varun, who considers Sonu Sood as his inspiration, took no time to dedicate his award to the one who is fondly being known as the nation’s hero.

Dedicating his award to Sonu, Varun Dhawan said, “Sonu sir inspired me with especially what he did during the time of Covid lockdown… the way he went out of his way to help people. He was also down with Covid that time but still he stepped out and helped people.”

“I actually want to dedicate this award to Sonu sir from my heart. You inspire me and so many Indians and taught us how can we use our privilege to help others in such trying time,” Varun adds.

Sonu Sood has time and again proved that there is hope in Humanity. Rightly hailed as ‘Nation’s hero’, the actor has provided relief to thousands of people during the most difficult Covid period and has never once backed down from.

The actor-philanthropist has often dedicated his endorsements and funds to multiple projects that help bring light to the plights of common man as well as help them facilitate a better lifestyle.

Shardiya Navratri 2022: Know the Do’s and Don’ts during nine days of Navratri

Shardiya Navratri 2022: Know the Do’s and Don’ts during nine days of Navratri