US killings: 8 dead in separate shooting incidents in California, Chicago and Lowa 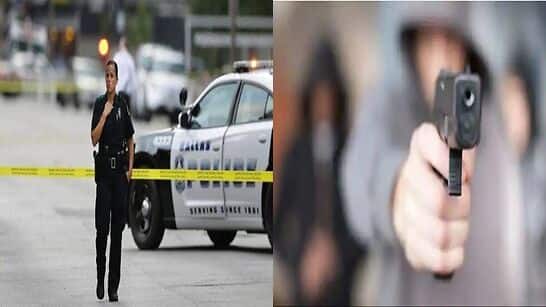 California: Eight people died and many left injured in separate shooting incidents reported in three US cities on Tuesday. The most recent of the many shootings occurred in the Californian community of Half Moon Bay, where four people died and three others suffered life-threatening injuries. Authorities and local lawmakers, adding that a man suspected in the killings is currently under custody. According to Josh Becker, Representative of California state said that the killings took place in separate shootings on the outskirts of Half Moon Bay, a city about 30 miles south of San Francisco.

In yet another incident  two students died and a third was seriously wounded in shooting incident at a youth outreach center in Des Moines, Iowa, police said. Police responded to a report of a shooting at Starts Right Here, which runs a program for at-risk youths, and found three people wounded, two of them critically. “Those two people, both students, are dead now at the hospital. The third person, who is an employee of the school, is in serious condition,” said Paul Parizek, a spokesman for the Des Moines police department.

Meanwhile, two people died and three others were critically injured in a home invasion shooting in a Chicago apartment Monday afternoon, authorities said. Multiple suspects fled from the scene and were not in custody, police said.

Mentioning shootings in schools, AP reported that it was the sixth incident at a school in the US this year in which someone was injured or killed, but the first with fatalities, according to Education Week, which tracks school shootings.

There were 51 school-related injuries or fatalities last year and 150 since 2018. In Uvalde, Texas, an elementary school had the worst school shooting of the year, which claimed the lives of 21 people.