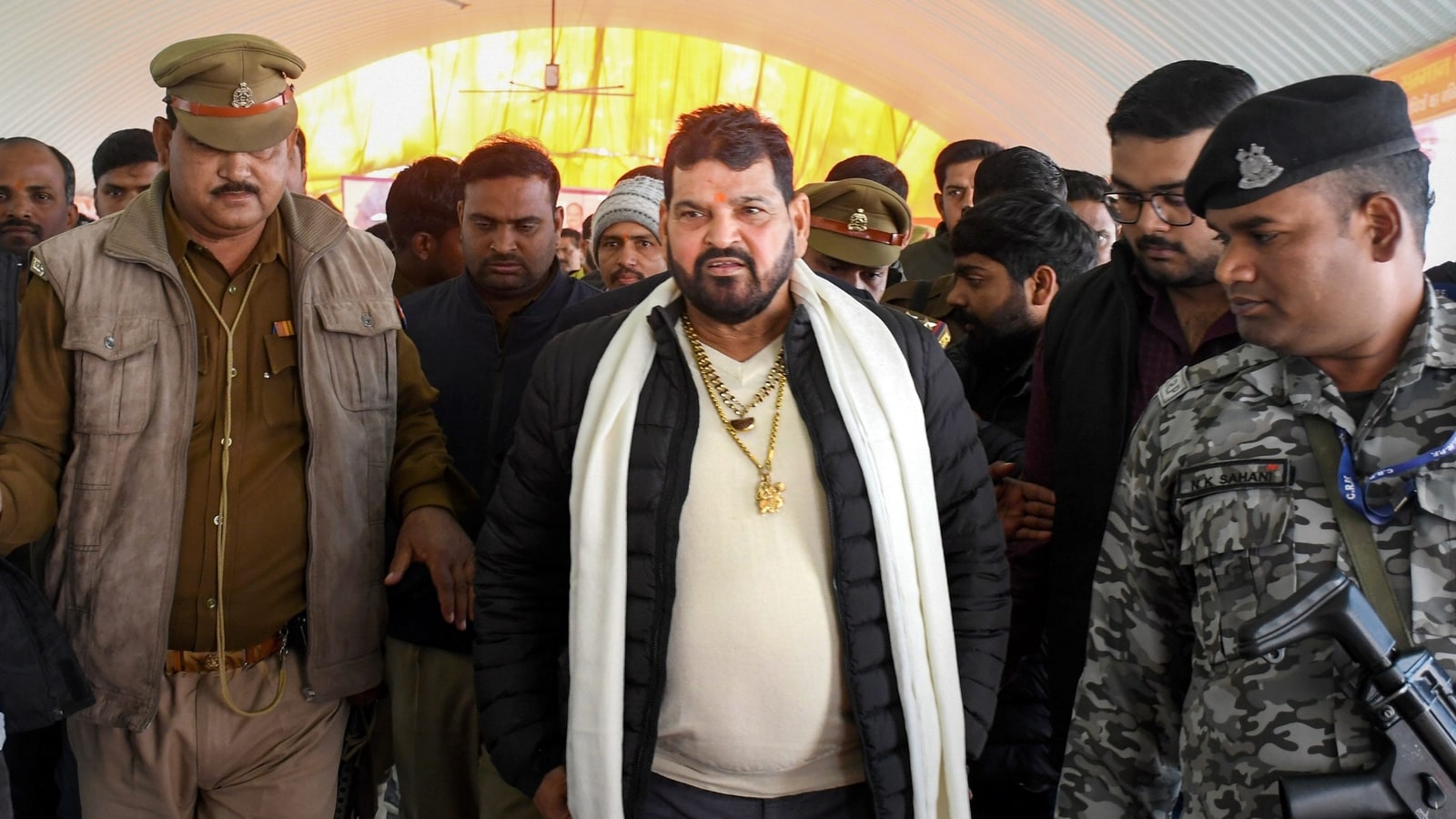 Brij Bhushan Sharan Singh, the Wrestling Federation of India president asked to step aside following accusations of sexual harassment by the country’s top wrestlers, could court fresh controversy after insisting that he would do that only after attending the sports body’s Annual General Meeting on Sunday.

After three days of protests by top wrestlers in Delhi demanding that Singh be removed and WFI disbanded, union sports minister Anurag Thakur announced on Friday night after a meeting with the protesters that Singh would step aside and an oversight committee probe the allegations against him. Thakur said the inquiry would be completed in one month. It is separate of the probe by a seven-member panel announced by the Indian Olympic Association (IOA) after the protesting wrestlers sent a formal complaint to its president PT Usha.

Singh said on Saturday that he would address the WFI executive committee members to give his version at the AGM to be held at his home town Gonda, in Uttar Pradesh, before stepping aside.

“Yes, for sure, I would be attending the AGM,” Singh said, without giving any details. “I will speak to the media only after the AGM,” he said, after inaugurating the Open National Senior Ranking tournament at the Nandini Nagar Stadium in Nawabganj, Gonda on Saturday.

Late on Friday, the sports ministry asked Singh to step aside from day-to-day activities till its probe committee submitted its report on allegations of sexual harassment and intimidation against him. The IOA probe panel will be headed by ace boxer MC Mary Kom.

WFI assistant secretary Vinod Tomar said Singh would attend the AGM as WFI chief. “He (Singh) himself wanted an inquiry and also decided to step aside from day-to-day activities of the federation. He is not involved in day-to-day affairs of WFI anymore and even certificates being issued to the wrestlers here are not being signed by him. But he (Singh) has all the right to attend the AGM.

“He (Singh) would be talking to people of all 26 units at the AGM and explain his part also to seek directives from them. There is nothing wrong in his attending the AGM; at least he should be given a chance to clear his stand before everyone,” said Tomar,

Tomar refuted the charges levelled against Singh and the federation’s working. “It happens in a family also when your parents become aggressive on you but that doesn’t mean they want to hurt you,” he said.

Tomar claimed Singh had the support of all 26 units of WFI, and that the sitting BJP Lok Sabha MP from Kaiserganj, Uttar Pradesh, would step down as WFI chief once his third term end in three months (April). “He is no longer entitled to hold the post as he will complete three tenures since 2012. We could pick the new president in March, but have decided to hold elections only in April as there is Asian Championships in New Delhi in March,” he said.

Tomar said there would be no disruption to WFI’s activities. “Let’s see what directives we receive from the government in a day or two. Only then we will take a call on the resumption of the women’s camp at the SAI Centre, Lucknow and trials, etc.”

“I hope there is some decision on Monday on the resumption of the women’s camp at Lucknow or some other place as the first world ranking series is scheduled from February 1 to 5 at Zagreb, Croatia. The men’s camp is already happening at Sonipat.”

On WFI’s eight-page reply to the union sports ministry, which sought the federation’s explanation on Wednesday after Olympians Vinesh Phogat and Sakshi Malik led the protest sit-in alleging sexual harassment by Singh, Tomar said WFI clarified its stand on all the issues.

“Even Sakshi Malik is part of the five-member sexual harassment committee of WFI for redressal of grievances in respect of sexual harassment, but even she never made any complaint to the sports ministry, WFI, Sports Authority of India and other bodies,” he said. “Even I met all the agitating wrestlers after being told by WFI chief and tried to pacify them, but no avail.”