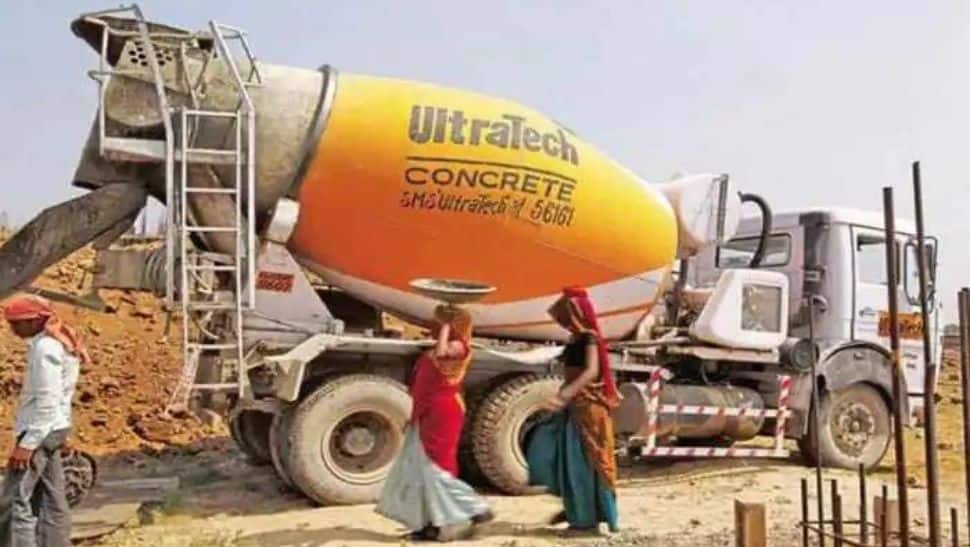 New Delhi: Aditya Birla group firm UltraTech Cement on Saturday reported a 37.9 percent decline in its consolidated net profit to Rs 1,062.58 crore for the third quarter of FY2022-23. The company had posted a net profit of Rs 1,710.14 crore in the October-December period a year ago, UltraTech Cement said in a BSE filing.

According to the company its operation cost was higher. The cost of raw materials such as fly ash, slag, and gypsum witnessed an increase of 13 percent. During the October-December quarter “energy and raw material costs were up 33 percent and 13 percent YoY, while they remained flat on a sequential basis,” said the Aditya Birla Group firm in its earning statement. (Also Read: ICICI Bank Q3 profit jumps 34 pc to Rs 8,312 crore)

UltraTech achieved capacity utilisation of 83 percent as against 75 percent during Q3FY22. In Q3/FY23 UltraTech’s consolidated sales volume was 25.86 million metric tonnes during the quarter, registering a 12 percent growth year-on-year.

Updating the capital expenditure, UltraTech said under its first phase of growth launched in December 2020, it has commissioned 5.5 mtpa new capacity during Q3FY23. “Work on the second phase of growth of 22.6 mtpa announced during Q1FY23 has already commenced.

Main plant orders have been placed and civil work started at most sites. Commercial production from these new capacities is expected to go on stream in a phased manner by FY25,” it said. On the outlook, UltraTech said that the cement sector is poised for strong growth in the coming years.

“Given the government’s focus on infrastructure growth and the consequent rising demand for urban housing, the cement sector is poised for strong growth in the coming years,” the company said.