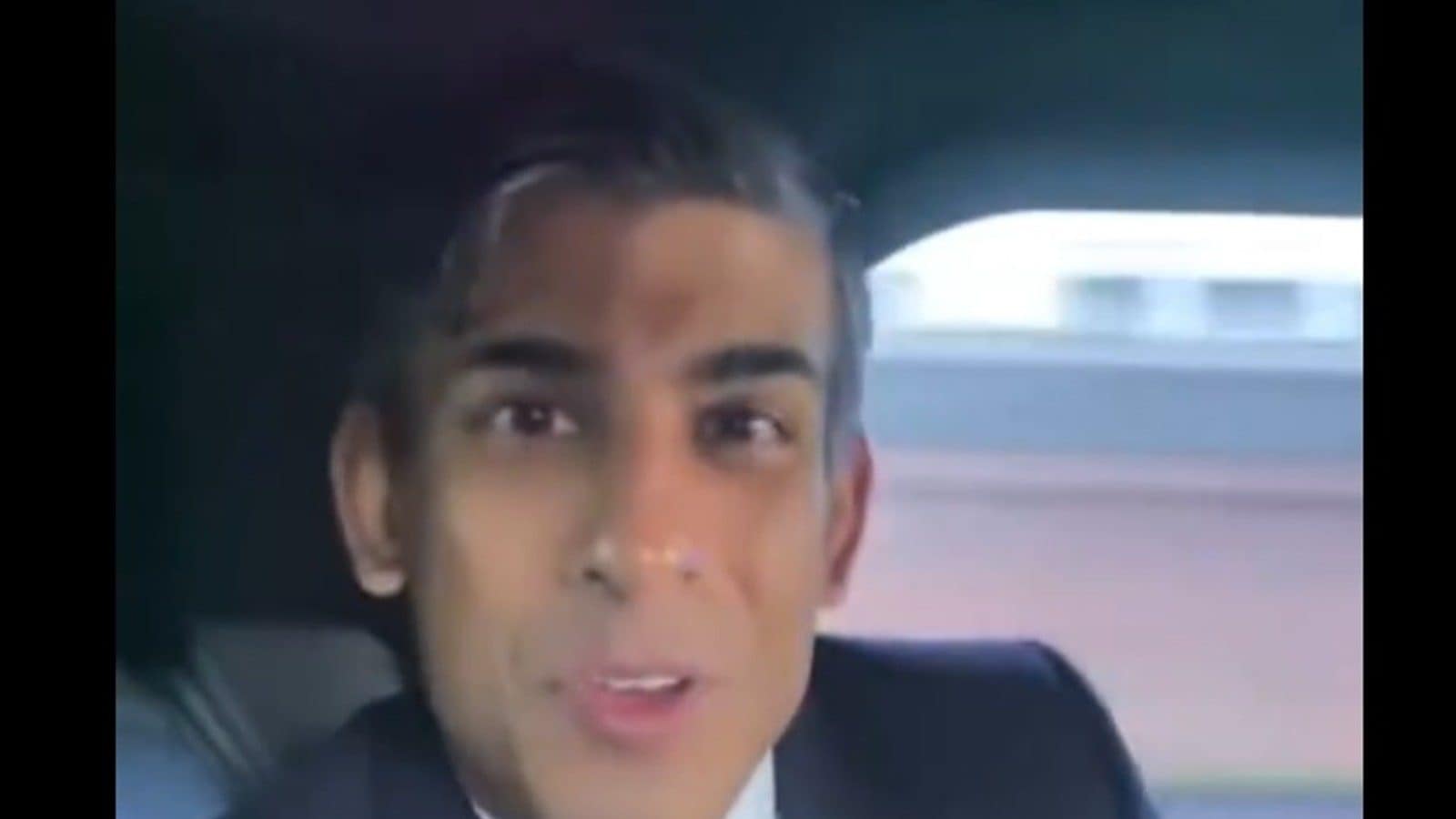 Sunak apologised for a “brief error of judgment” in removing his seatbelt to film a video while driving in north-west England. (Photo by @rishisunakmp)

Lancashire Police, which had been “looking into” the matter, confirmed it had issued a fixed penalty notice to Sunak, which involves a 100 pounds fine for not wearing a seatbelt in a moving car.

The local police force where Rishi Sunak filmed a social media video in a moving car without a seatbelt on Friday fined the British Prime Minister for the legal breach.

Lancashire Police, which had been “looking into” the matter, confirmed it had issued a fixed penalty notice to Sunak, which involves a 100 pounds fine for not wearing a seatbelt in a moving car.

“Following the circulation of a video on social media showing an individual failing to wear a seat belt while a passenger in a moving car in Lancashire we have today (Friday, January 20) issued a 42-year-old man from London with a conditional offer of fixed penalty,” Lancashire Police said in a statement.

On Thursday, Sunak apologised for a “brief error of judgment” in removing his seatbelt to film a video while driving in north-west England.

“That was a brief error of judgement. The PM removed his seatbelt to film a small clip. He fully accepts this was a mistake and apologises about it,” Sunak’s spokesperson said.

“The Prime Minister believes everyone should wear a seatbelt,” the spokesperson added.

In the UK, passengers caught failing to wear a seatbelt while in a car, unless covered by a valid medical exemption, can be given an on-the-spot fine of 100 pounds, increasing to 500 pounds if the case goes to court.

Sunak filmed the video while seated in the back seat of a moving car to promote his government’s new Levelling Up Fund announcements to fund over 100 projects around the country. Police motorbikes could be seen escorting his car as he addressed the camera.

Exemptions include having a doctor’s certificate for a medical reason, or being in a vehicle used for a police, fire or other rescue service. The government recently also considered toughening seatbelt rules to ensure drivers not wearing them could also receive penalty points on their licence. Latest Department for Transport figures suggest around 30 per cent of people killed in cars on the roads in the UK in 2021 were not in a seatbelt.

The Opposition Labour Party said the latest incident added to “endless painful viewing” after a previous video appeared to show Sunak struggling to make a contactless payment with his card.

“Rishi Sunak doesn’t know how to manage a seatbelt, his debit card, a train service, the economy, this country. This list is growing every day, and it’s making for endless painful viewing,” a Labour spokesperson said.

It came at the end of a day during which he also came under Opposition fire for using a Royal Air Force (RAF) jet to fly to the north of the country. Downing Street insisted the use of the aircraft was to ensure the best use of the Prime Minister’s time.

“It seems like the PM is getting too used to flying around in private jets that he’s forgotten to wear a seatbelt in a car,” said Liberal Democrat deputy leader Daisy Cooper.

The UK’s Royal Society for the Prevention of Accidents said “everyone should take seatbelt laws seriously – whoever and wherever they are”.