U.K. Vows to Press Ahead With Rwanda Deportations 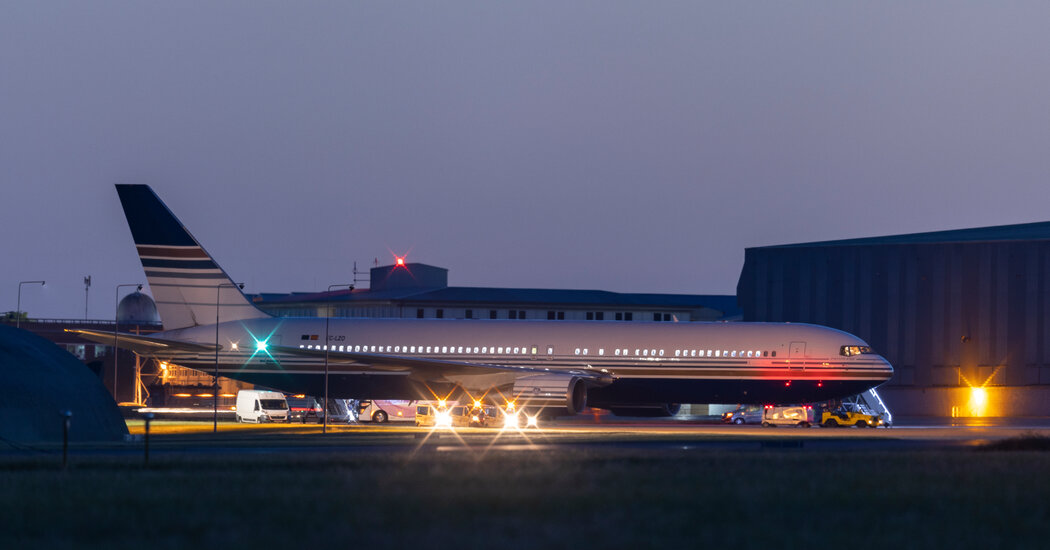 LONDON — The British government on Wednesday promised to press on with plans to send asylum seekers to Rwanda, a day after a flight scheduled to take the first group was grounded at the last minute by legal challenges.

Speaking in Parliament, the British home secretary, Priti Patel, labeled the decision from the European Court of Human Rights to stop the flight “disappointing and surprising” and described the court’s workings as “opaque.” But she said that the British government remained committed to its deportation policy.

Preparation for future flights had already begun, Ms. Patel said, adding, “Inaction is not an option, at least not a morally responsible one.”

The comments followed a day that saw legal challenges in several courts and that ended with a moment of high drama when a ruling from the European Court of Human Rights ultimately prevented the departure of a plane bound for Kigali, the Rwandan capital, from a British military air base.

The plans by Prime Minister Boris Johnson’s government to send asylum seekers to Rwanda have been condemned as inhumane and impractical by advocacy groups, church leaders and — according to British news reports — Prince Charles, the heir to the British throne.

The ruling from the European Court of Human Rights was instrumental in stopping the deportations, prompting complaints within Mr. Johnson’s Conservative Party about the role of the court in Britain. The court is part of the Council of Europe, of which Britain is a member, rather than the European Union, which it has left.

On Tuesday, Mr. Johnson seemed to hint that he was considering trying to remove Britain from the remit of the court, an idea that was played down by some ministers in interviews on Wednesday. Speaking on Sky News, the work and pensions secretary, Thérèse Coffey, said that she was “not aware of any decisions or hints even about that,” though Downing Street later said that all options were on the table.

The government’s immediate focus was now said to be to study the variety of rulings made in cases brought by asylum seekers and to seek a legal path to proceed with another flight to Rwanda soon.

Ms. Coffey said that she was “highly confident” a flight would proceed. She said it was likely that Britain would go back to the European Court of Human Rights to challenge the ruling from Tuesday “because British judges have made the decision, said that these flights would go ahead, and I still think that’s the best thing that can happen.”

Ms. Patel, the home secretary, said in a statement late Tuesday that she would “not be deterred from doing the right thing and delivering our plans to control our nation’s borders. Our legal team are reviewing every decision made on this flight and preparation for the next flight begins now.”

Rights groups reacted with relief to the decision to ground the flight, which they had feared would leave on Tuesday with a handful of asylum seekers after the British Supreme Court refused a request to intervene to stop it. However, the legal battles are certain to continue and the legality of the policy will be challenged in court next month.

Though frustrated by the intervention of the courts, Mr. Johnson is unlikely to have been surprised. When he announced the policy in April, he admitted that it was likely to face legal challenges.

That has led critics to claim the policy was brought in mainly for political reasons and was intended to make the government look tough on immigration.

The British government has been embarrassed by the arrival of a small but steady number of asylum seekers from France, who have been crossing the English Channel on small, often unseaworthy boats.

For Mr. Johnson, who campaigned for Brexit and promised to “take back control” of Britain’s borders, the channel crossings have been a highly visible sign of his ineffectiveness on the issue.

The flight to Rwanda on Tuesday had been chartered at a cost of up to 500,000 pounds, or about $600,000, according to British news reports, and Ms. Patel refused to say whether that money, or any part of it, would be recouped. Yvette Cooper, who speaks for the opposition Labour Party on home affairs, described the episode as a “shambles.”

The government argues that none of its critics have a solution for solving the problem of the channel crossings. It says the prospect of deportation to Rwanda will deter people from attempting such journeys by small boat, destroying the business model of people smugglers.