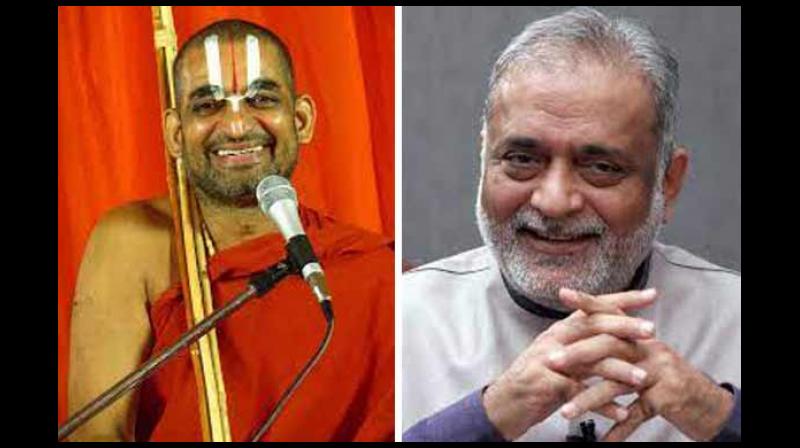 Swami Chinna Jeeyar and  Kamlesh D Patel were awarded Padma Bhushan in the field of Spiritualism out of total 9 Padma Bhushan awardees across the country.

Swami Chinna Jeeyar, is an Indian Vedic Scholar, philosopher and spiritual teacher, who belongs to the line of followers of Ramanujacharya.

Kamlesh D Patel, popularly known as Daaji, is a spiritual leader and a Raja Yoga Master and responsible for transmitting the Raja Yoga worldwide.

Padma Shri awardee Modadugu Vijay Gupta is a biologist and fisheries scientist, who has worked majorly in the field of aquaculture and considered a pioneer of the blue revolution of South-East Asia.

Dr. Hanumantha Rao Pasupuleti known internationally for his specialization in Developmental Paediatrics, rehabilitation medicine and psychology, has contributed to rehabilitation of mentally retarded and disabled people.

B. Ramakrishna Reddy is a 80 year old linguistics professor, who has made immense contribution towards preservation of tribal and southern languages like Kivi, Manda and Kui.. He has also drafted a Manda-English dictionary and co-authored 5 books towards this cause.

The Padma awards are given in various disciplines/ fields of activities, viz. – art, social work, public affairs, science and engineering, trade and industry, medicine, literature and education, sports, civil service and are announced on the occasion of Republic Day every year.