Twitter will recommend amazing tweets from ppl in other countries & cultures after translation, hints Elon Musk; Netizens divide over update 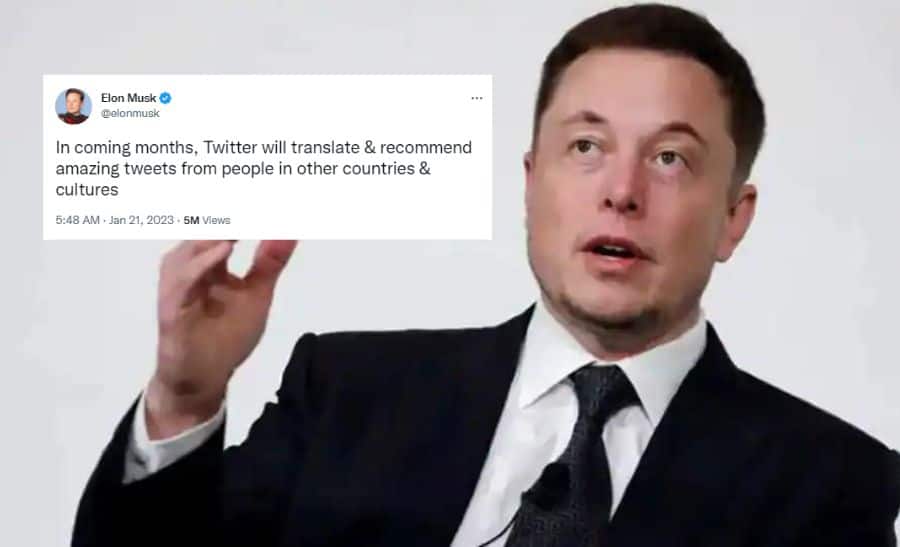 New Delhi: In a new tweet thread, tech billionaire and Twitter head Elon Musk has hinted to bring a new update in Twitter soon that will recommend users amazing tweets from people in other countries and cultures after translating them. It will open a treasure of hidden and untapped tweets in the micoblogging site for users that might be useful for them.

Elon Musk reiterated in the thread that tweets would be translated before being recommended. He also mentioned that there are epic tweets in other countries every day (Japan especially).

Twitteratis divided over the new change

One user suggested in the comment section to allow that to be toggled off as new recommendations was great but the user should have 100% full control.

Please allow this to be toggled off.. new recommendations is great but the user should have 100% full control.
— Haste (@Hastes) January 21, 2023

Another user Mason Pelt told Musk to give them a feed of the people they follow as the default feed.

Just give us a feed of the people we follow as the default feed.
— Mason Pelt (@masonpelt) January 21, 2023

A Twitter user Kambree said she just wanted her reach and engagement back, thought that’s cool, thanks!

Geoff Quattromani, a Twitter user, asked Musk who was asking for that. He suggested to add the option to translate tweets from people they are following for sure, but recommending tweets wasn’t on any wish list.

who’s asking for this? Add the option to translate tweets from people I am following sure, but recommending tweets is not on any wish list.
— Geoff Quattromani (@GQuattromani) January 21, 2023

However, a Twitter user named Jason called it a clever idea and predicted it to increase empathy and joy betwee cultures. While another user said that he would love to see the lines that divide them finally blurred.