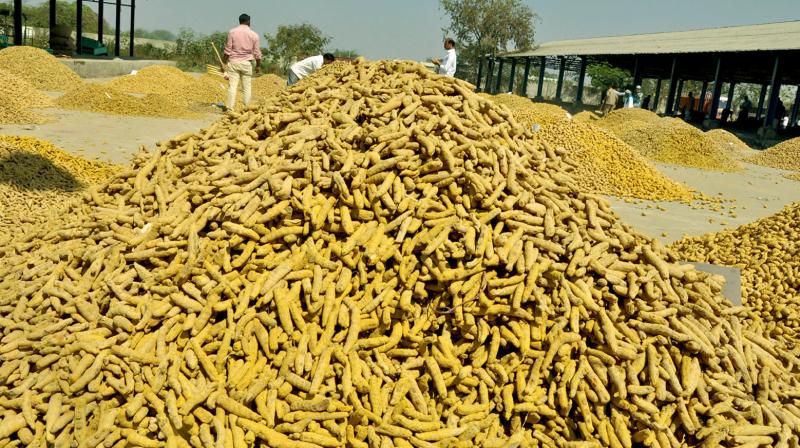 HYDERABAD: A steep fall in turmeric prices, from around Rs 16,000 per quintal to Rs 5,500 per quintal across Telangana — the top turmeric cultivator in the country — has farmers worried, who claim they are unable to break even due to the dip in costs.

Turmeric is extensively cultivated on around 1 lakh acres in undivided Nizamabad, Adilabad, Karimnagar and Warangal districts, with the produce sold in agriculture market yards of Nizamabad, Metpally and Kesamudram in January.

Generally, traders offer high prices at the start of the season, but, on Tuesday, turmeric was procured at Rs 5,685 per quintal.

Farmers say that their yield has also dipped due to unfavourable weather, giving them a double whammy.

A trading source said they are unable to offer higher prices due to the fluctuation of prices in the international market.

The problem was further compounded by the lack of a minimum support price (MSP) from the Centre for turmeric. The state government also failed to include turmeric under its market intervention scheme (MIS).

Farmers are planning agitations in northern Telangana, after a meeting was held in Armoor of Nizamabad, wherein farmers demanded elected representatives initiate steps to remunerate them.