TS objects to 34% share in Krishna water, writes to Centre 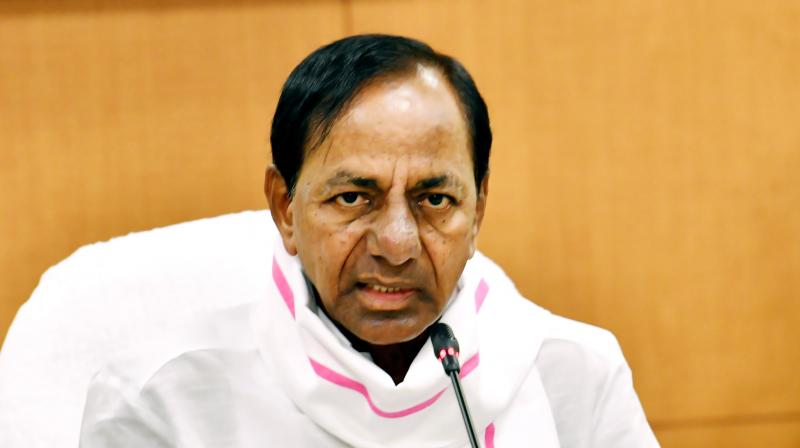 Hyderabad: The state government on Tuesday wrote two letters to the Centre raising objections over the Krishna River Management Board allocating water in the ratio of 66 per cent to AP and 34 per cent to TS for 2022-23, and also against the AP government constructing several lift irrigation projects to derive early benefits under the Polavaram project on the Godavari river.

TS irrigation special secretary Rajat Kumar wrote to the secretary, department of water resources, union jal shakti ministry taking strong objection to the board ignoring the demand made by the TS for a 50:50 sharing ratio. “This action on the part of the KRMB not legally valid as the Board is empowered to take decisions only through ‘negotiations and mutual agreement,” Kumar said.

Last year, Telangana had agreed to the 66:34 ratio under protest, subject to the condition that AP would not divert more than 34 tmc ft (thousand million cubic feet) from Srisailam.

However, Kumar said, “The KRMB allowed AP to draw waters far in excess of their legitimate claim of 34 tmc ft, though this was raised before the Board on several occasions.” He said the TS’ demand for 50:50 water sharing was made in view of requirement of 105 tmc ft for three operational projects — SLBC, Kalwakurthy and Nettempadu lift irrigation schemes, which serve 12 lakh acres within the Krishna basin, though the total requirement including other ongoing projects, industrial and drinking water needs was around 575 tmc ft.

He requested the Centre to resolve the matter by convening a meeting of the stakeholders to take a considered decision.

On Polavaram issue, Rajat said that in consonance with GWDT Award of 1980, the Polavaram project was to be executed with two canals each with supply capacity of 10,000 cusecs. However, the canals presently under execution would enables AP to draw far greater volume of water.

This would enable AP to draw and utilise waters much in excess of their allocation. Rajat Kumar asked the Centre to ensure that the capacity and withdrawals from these canals was limited to designed discharges.

With Sangrur Defeat, AAP Left with No MP in LS; SP’s Tally Reaches New Low as it Loses Strongholds in Bypoll