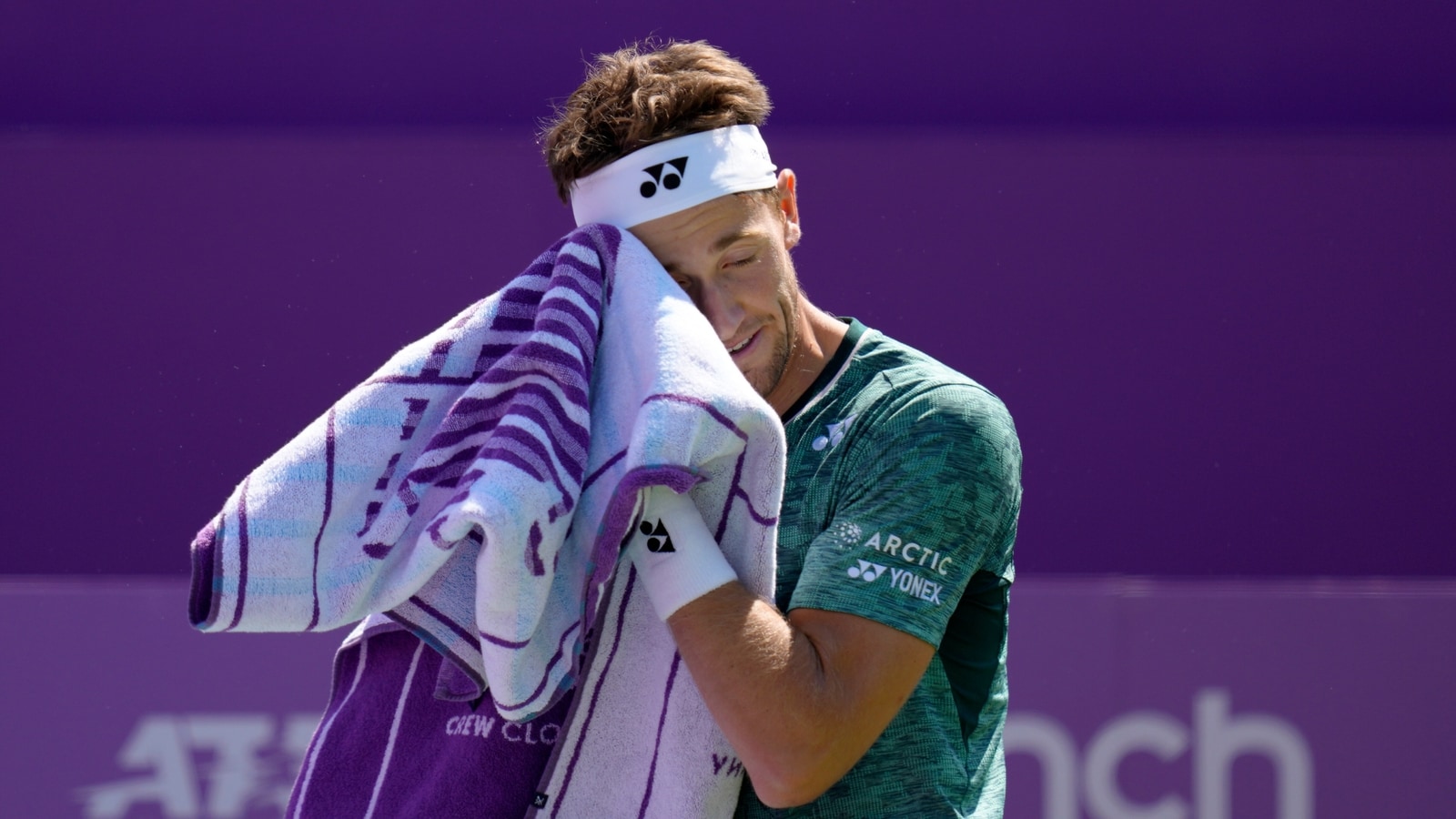 Casper Ruud endured a tough transition from clay to the grass courts, with the top seed losing his opening-round match at the Queen’s Club in straight sets to an opponent ranked No. 180 on Tuesday.

Nine days after playing — and losing — to Rafael Nadal in the French Open final, Ruud was beaten 7-6 (4), 7-6 (2) by little-known Briton Ryan Peniston, a 26-year-old in his first ATP Tour main draw.

It was only the seventh time the top seed has lost a first-round match at Queen’s in the Open era, with the Norwegian joining an illustrious list containing Andy Murray, Pete Sampras and Jimmy Connors.

“I can’t really believe it,” Peniston said. “It feels like a dream. I didn’t get much sleep last night, it doesn’t feel real.

“Obviously Casper is an unreal player, he did so well at the French Open so I knew it was a tough ask. But you have to step on the court knowing you’ve got a chance to win — so that’s what I did.”

Ruud is a clay-court specialist who has a pretty low opinion of the grass. He recently said “grass is for golf players” and that he felt “more comfortable on the golf course than the tennis courts on grass for now.”

He struggled with his timing throughout the match and also needed treatment on his hip after taking a tumble on the baseline.

Peniston won five points in a row on his way to taking the first-set tiebreaker, not long after Ruud had slipped while on set point.

Ruud also fell early in the second set but broke Peniston for the first time to make it 4-3, only for the British No. 7 to break back immediately and then win another tiebreaker.

Matteo Berrettini, the second seed and reigning champion, had no such problems in the first match of his title defense when he won 6-3, 6-3 against a more established British player in Dan Evans, who won the grass-court Nottingham Open on Sunday.

Sam Querrey, the 2010 champion at Queen’s, showed he is still a force to be reckoned with on grass at the age of 34 by beating fifth-seeded Diego Schwartzman 6-1, 6-4.