‘This is a VICTORY’: Zelensky on EU membership, vows to defeat Russia 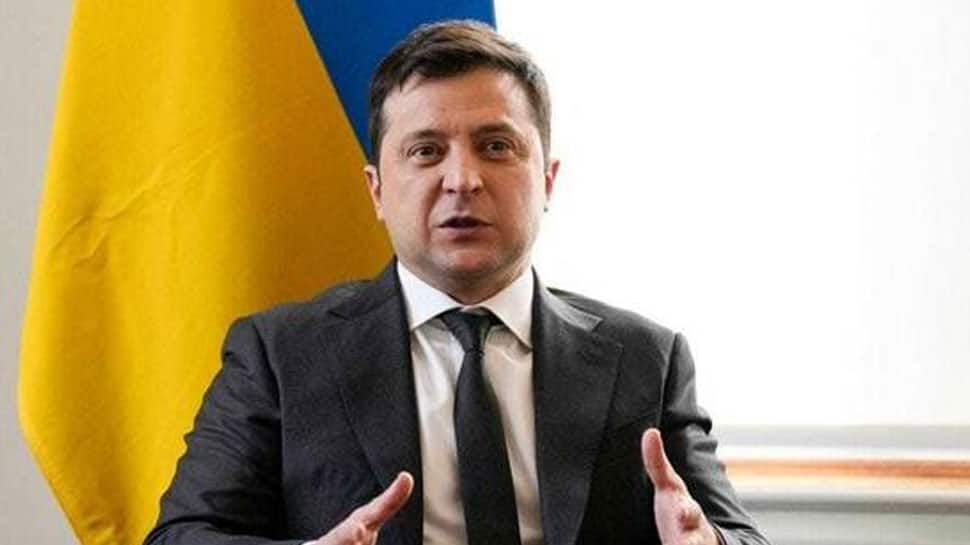 KYIV: President Volodymyr Zelensky has declared the EU’s move to accept Ukraine as a candidate for accession as a victory and promised not to rest until Russia`s defeat and full membership had been secured. “This is a victory,” a smiling Zelenskiy said in a brief video posted to his Instagram channel, noting Ukraine had waited 30 years for this moment.

European Union leaders formally accepted Ukraine as a candidate to join the 27-nation bloc, a bold geopolitical move hailed by Ukraine and the EU itself as an historic moment.

“We can defeat the enemy, rebuild Ukraine, join the EU, and then we can rest,” he said in a low voice. “Or perhaps we won`t rest at all – our children would take offence. But without any doubt, we will win.”

“Ukraine will be in the EU,” he tweeted.

European Union leaders on Thursday granted Ukraine the coveted status of an official candidate to join their 27-nation club, a bold geopolitical step hailed by Kyiv and the EU itself as a “historic moment”.

Although it could take Ukraine more than a decade to eventually join the bloc, the decision to officially accept it as a candidate is a symbol of the EU`s intention to reach deep into the former Soviet Union.

“The Ukrainian people belong to the European family. Ukraine`s future is with the EU,” the bloc`s foreign policy chief Josep Borrell said. “Today marks the beginning of a long journey that we will walk together.”

Russia`s invasion of Ukraine prompted Kyiv to formally apply for candidate status, and the EU to fast-track its approval.

“Ukraine`s future is in the EU,” Ukrainian President Volodymyr Zelenskiy tweeted, welcoming the EU`s decision as “a unique and historic moment”.

Six years to the day after Britons voted to leave the EU, Ukraine`s neighbour Moldova was also granted candidate status and Georgia, another ex-Soviet state, was told it would get the same once it has fulfilled more conditions.

EU leaders stressed these countries will have much “homework” to do, and after kick-starting its most ambitious expansion since Eastern European states joined after the Cold War, the bloc may need to change how it works in order to cope.

“I am convinced that they (Ukraine and Moldova) will move as swiftly as possible and work as hard as possible to implement the necessary reforms,” EU Commission chief Ursula von der Leyen told a news conference.

The EU`s green light “is a signal to Moscow that Ukraine, and also other countries from the former Soviet Union, cannot belong to the Russian spheres of influence,” Ukraine`s EU ambassador, Chentsov Vsevolod, said on Thursday.

Russian President Vladimir Putin says his “special military operation” launched in Ukraine in late February was partly necessitated by Western encroachment into what Russia characterises as its rightful geographical sphere of influence.

Behind the triumphant rhetoric on granting Ukraine and Moldova candidate status, there is concern within the EU about how the bloc can remain coherent as it continues to enlarge. After starting in 1951 as an organisation of six countries to regulate industrial production, the EU now has 27 members that face complex challenges, from climate change and the rise of China to a war on their own doorstep.

TVS Ronin Scrambler to launch in India tomorrow: Things you need to know