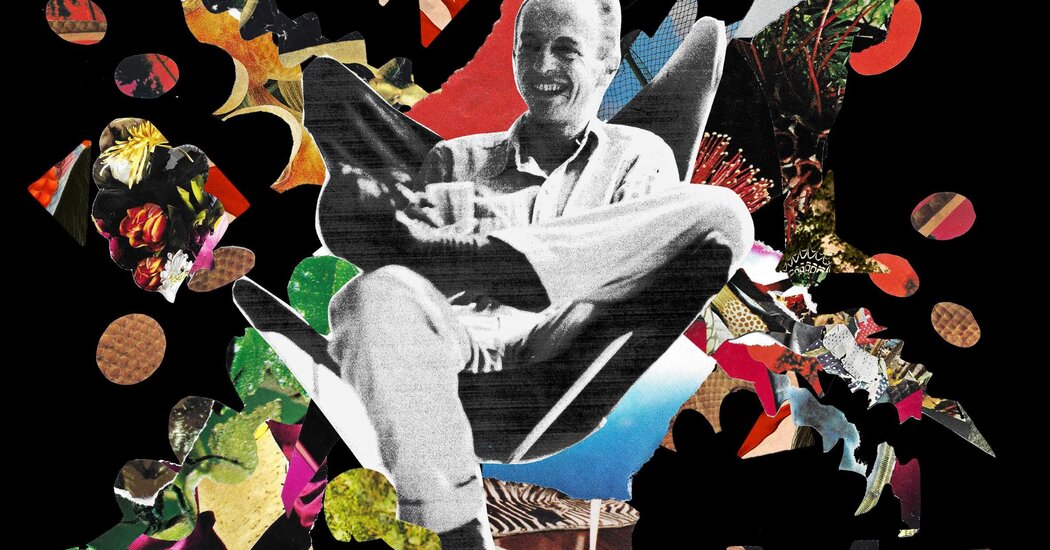 One day, while walking with my husband and 15-year-old son from the subway to the Central Park Zoo, we passed the William Tecumseh Sherman statue on the park’s southeast corner. As one might say a prayer upon passing a church, I recited the opening of Frank O’Hara’s 1954 poem “Music”:

If I rest for a moment near The Equestrian
pausing for a liver sausage sandwich in the Mayflower Shoppe,
that angel seems to be leading the horse into Bergdorf’s

Growing up in the 1980s in a bohemian East Village family, I knew, as if by osmosis, about the cohort of 1950s and ’60s painters and poets known as the New York School. O’Hara was the one I loved. In the photos and footage of him that I saw, O’Hara looked soft and hard at the same time: part boxer, part librarian, with his crooked nose, wide smile and light blue eyes. His 1964 book, “Lunch Poems,” was the closest thing we had to a family Bible.

As a young poet, my father met O’Hara, 16 years his senior, at a few parties. At the last, O’Hara inscribed a catalog to him at a Museum of Modern Art opening: “with palship from Frank.” A month later, on July 25, 1966, O’Hara was hit by a dune buggy in the middle of the night on Fire Island. In an obituary published in The Village Voice, my father wrote: “Everything about O’Hara is easy to demonstrate and exceedingly difficult to ‘understand.’ And the aura of the legendary, never far from him while he lived, now seems about to engulf the memory of all he was and did.”

When he died, O’Hara was already a key figure in American poetry and, as an unabashedly out man in 1950s America, a transformative figure in gay cultural history. For the past several decades, he has been the lens through which many people, myself included, see New York City. The poet Ron Padgett calls O’Hara’s “a voice that often reminded me of bourbon and smoke, nightclubs, a phone call that changes your life, and warmth.” His poems always sounded to me like the city feels at its best — cosmopolitan, wry, romantic, full of potential, gimlet-eyed without being mean. In reaction to a New York Post headline after the actress Lana Turner collapsed from exhaustion, he wrote:

O’Hara’s poems have an intoxicating swagger. Even whipsawed by snow, by city traffic, by volatile love affairs, he displays a deep delightedness. Getting his heart broken only makes him more adventurous; he’s just happy he can be the first person to take you to the Frick; he’s grateful he gets to “drink too much coffee and smoke too many cigarettes and love you so much.”